The first release of Android 8.1 brought over a number of interface and behavior changes from the Pixel 2 to older Pixel and Nexus devices. Google released the second developer preview this morning and it’s currently installing on our devices. We’re compiling a list of all the changes and new functionality, so follow along.

DP1 on the Nexus 5X would not play audio and other media through the phone’s speakers. This issue has been resolved in Developer Preview 2.

As Google noted last month, the Pixel Visual Core was not yet available on the first preview of Android 8.1. It’s now active with DP2 for developers:

The Pixel 2 and Android 8.1 introduced useful Bluetooth battery indicators for accessories right in Quick Settings. However, in dark mode, the battery indicator remained black and thus was not very legible. This issue has been resolved in DP2 with the icon now white, matching the others in the bar.

DP1 of Android 8.1 removed the Picture Color Mode toggle to match the Pixel 2 lacking a similar option. However, with the Pixel 2 adding several color modes, “Use sRGB” has been returned to the 2016 Pixel and Pixel XL. It’s still only accessible under Developer options. 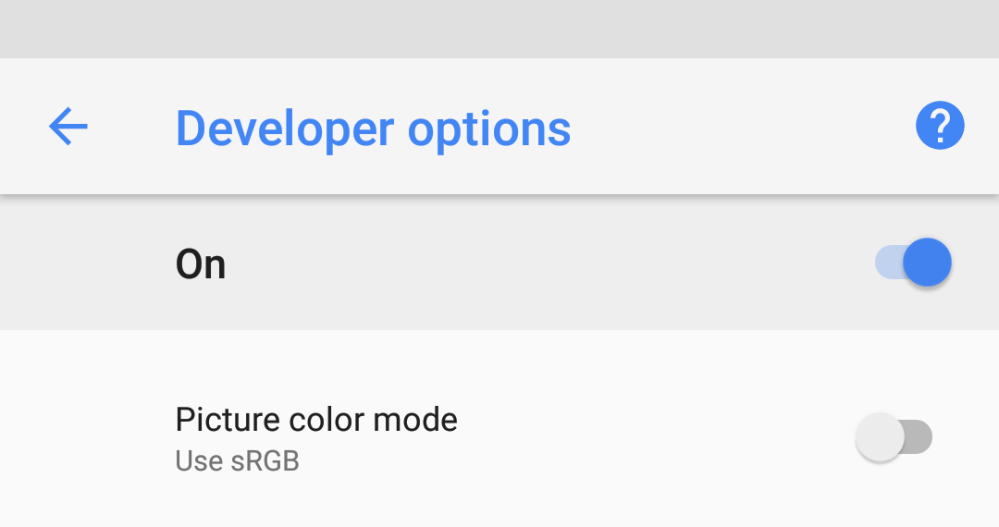 Colors for Pixel 2 and Pixel 2 XL

The November security patch added a Colors menu to Display settings to address complaints of unsaturated screens. These options are now also live with DP2. 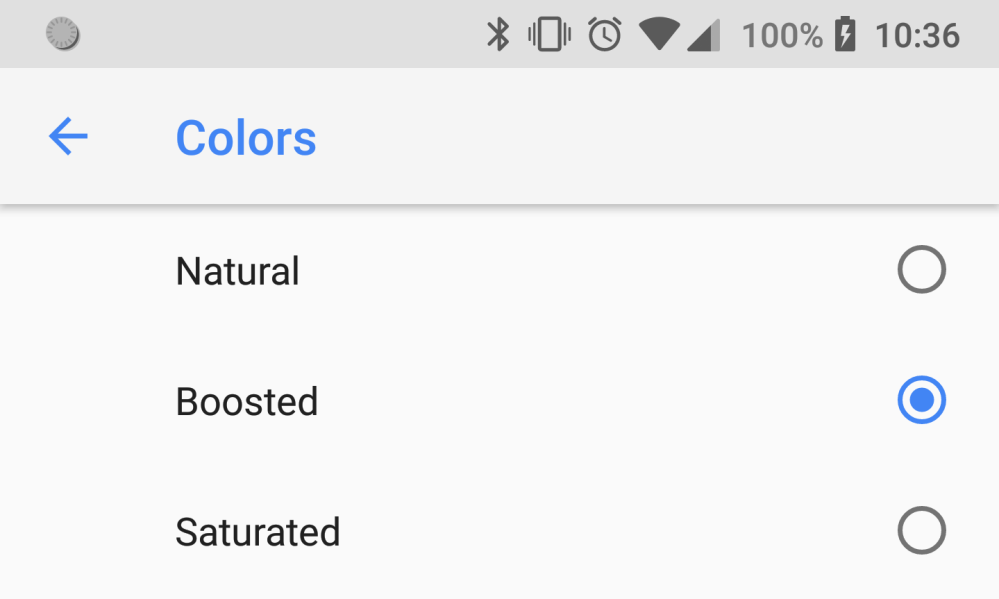 As also promised by Sundar Pichai last month, the cheeseburger emoji has been ‘fixed’ in DP2. The issue that caused the CEO to “drop everything” was the ordering of the cheese, among other components of the burger. The slice of cheese is no longer at the very bottom of the burger. Several other emoji issues have also been addressed. 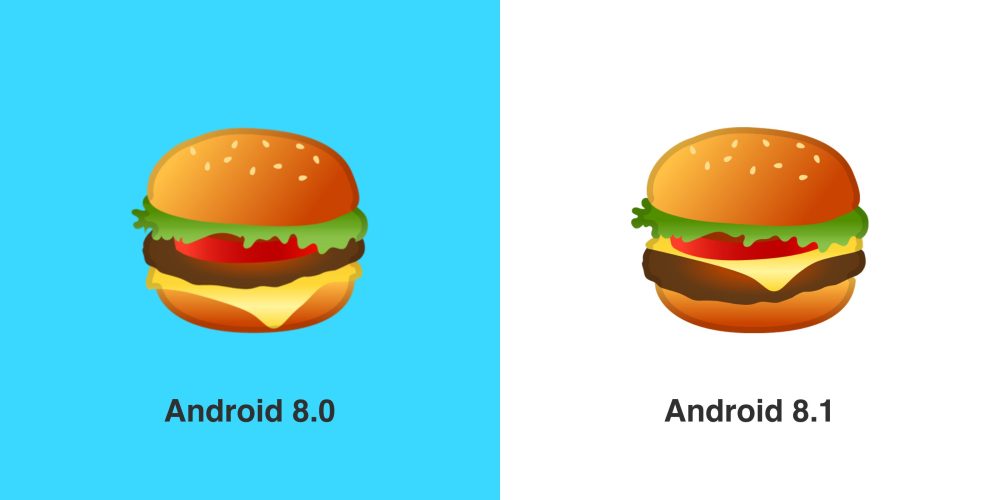 The discounted and chronically sold out Pixel C gets a Launcher update that brings it into parity with its phone counterpart. Changes include the redesigned app shortcuts menu and a fullscreen app drawer. Meanwhile, settings allows users to change icon shape and toggle notification dots. [Read More]