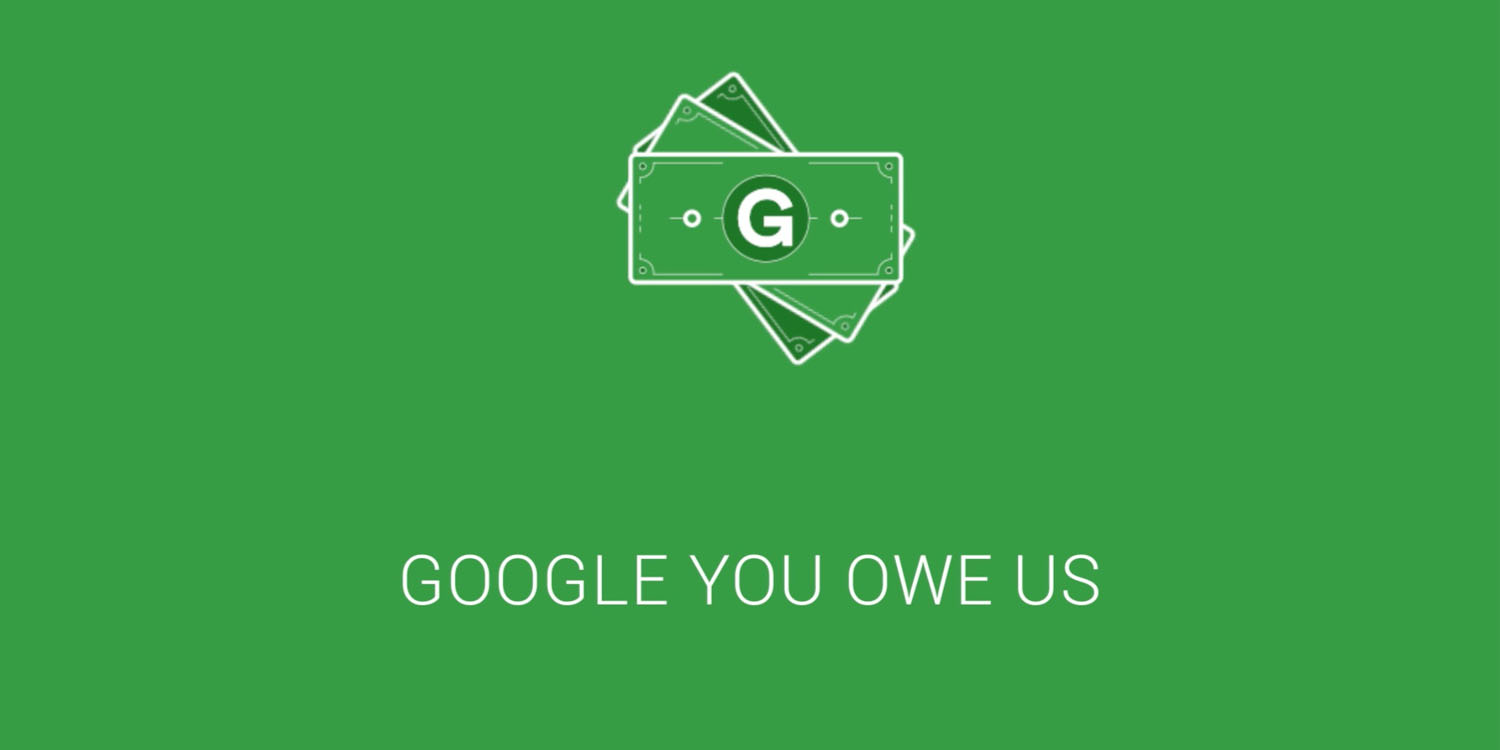 Brits who used an iPhone between June 2011 and February 2012 could receive as much as £500 ($672) each from Google as compensation for the search giant bypassing Safari privacy settings between those dates.

A British campaign group has launched a ‘representative action’ (the UK equivalent of a class action lawsuit) on behalf of the 5.4M iPhone users in England and Wales affected by what is known as Google’s ‘Safari workaround.’ The lawsuit could cost Google as much as £2.7B ($3.63B) in total …

Google’s backdoor method of installing cookies on iPhones despite them being blocked in Safari’s settings was discovered in 2012.

The campaign group, You Owe Us, says that British iPhone owners affected by the breach of privacy do not need to take any action at this stage to be included in the lawsuit.

We have started a representative action against Google because we believe they abused the rights of iPhone users by taking their data unlawfully.

If the claim succeeds, you will be asked to provide proof that you had an Apple ID and owned an iPhone between the relevant dates. You can find out more about the action here.

Different estimates of the value of the claim are being suggested. The Telegraph suggests £500 each, while TNW’s number is a more modest £200. The campaign group itself says only that the amount would be decided by the court. Both estimates seem optimistic to me.

TNW reports that Google has been fighting to prevent the action from even happening, and insists that the case is without merit.