Facebook rolling out safe messaging app for kids, with contacts approved by parents 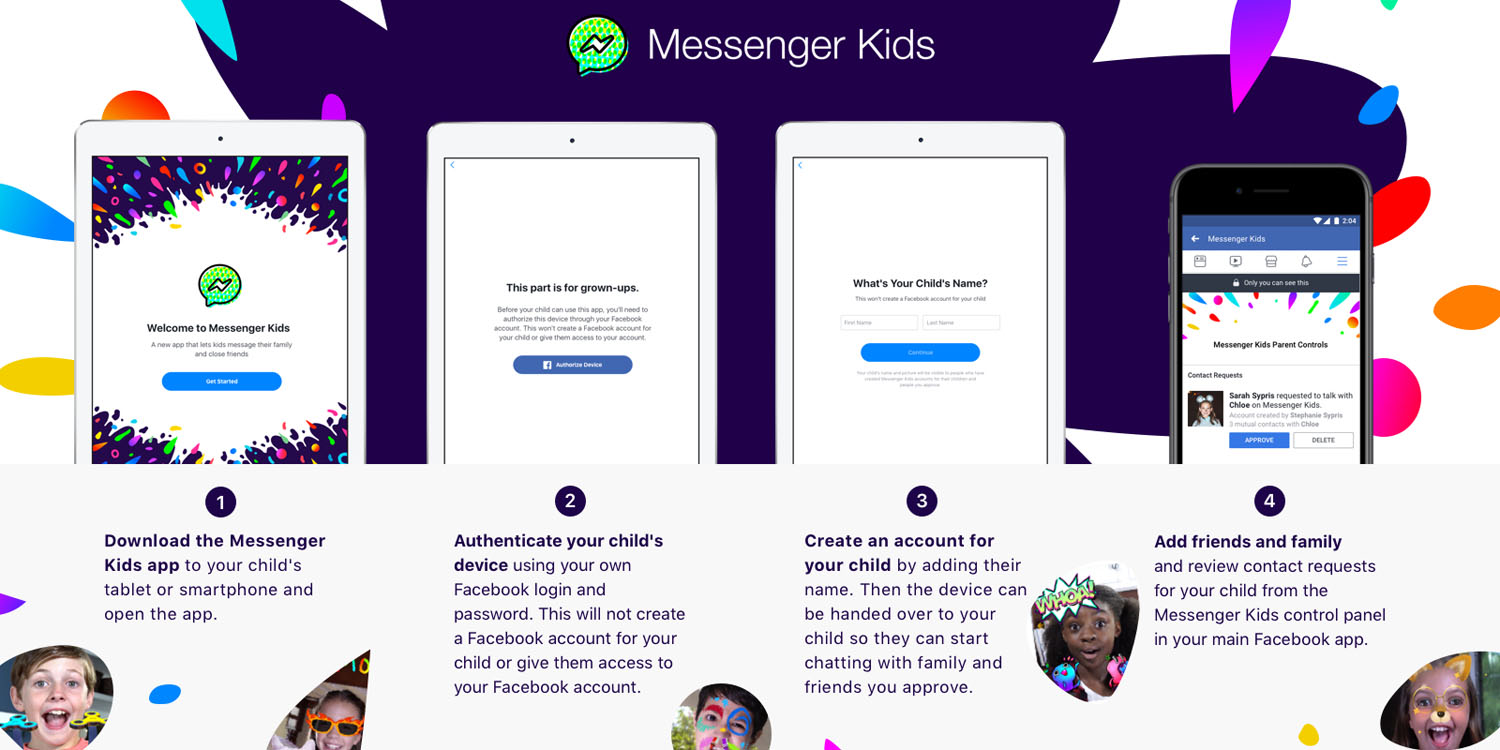 Facebook is about to rollout a version of Messenger aimed specifically at kids, known as Messenger Kids. The emphasis is on safety, with all contacts having to be approved by parents.

The app will be iOS-only when it launches in the next few days, with an Android version to follow later in the month …

Engadget reports that the app is designed to overcome a couple of issues. First, the fact that many messaging apps require a phone number, which young kids don’t have.

Most kids tend to use tablets or iPod Touches that don’t have phone numbers, so normal texting and video chats are a no-go (unless it’s with mommy’s phone, which isn’t always great for mommy). Sure you could use an app like FaceTime or Hangouts, but most of them don’t offer the kind of control that parents want, especially for really young kids.

The parents are the only people who can add contacts for their kids. And the only way they can do that is through Facebook. Adding adult family members like grandpa and grandma is easy, because they likely already have Facebook accounts. Adults can use the normal Messenger app to talk to the kids on Messenger Kids — it’s completely interoperable.

But let’s say your child wants to befriend other children, like his classmate Peggy, on Messenger Kids. What then? In this case, you have to already be Facebook friends with Peggy’s parents. If Peggy is already on Messenger Kids, you’ll see her name under her parent’s name and you can tap it to add her as a friend to your child. Peggy’s parents will then have to approve your contact request in order to ass your child to Peggy’s contact list as well.

So it’s a somewhat clunky process, especially if you have no desire to be Facebook friends with Peggy’s parents, but one that very much errs on the side of safety.

Both kids and parents can block contacts at any time. If the child does it, the parent is notified. If the parent does it, the child cannot re-add them. Additionally, either can report a problem contact through the app.

Loren Cheng, a product manager at Facebook who led the Messenger Kids project, said that the company actually has a dedicated team at Facebook who looks at all the reports, and will proactively ban any account that is seen as harmful.

Facebook says it has also screened all the stickers and other graphics to ensure they are age-appropriate, and there are no ads.

Watch out for Messenger Kids on Google Play later this month.