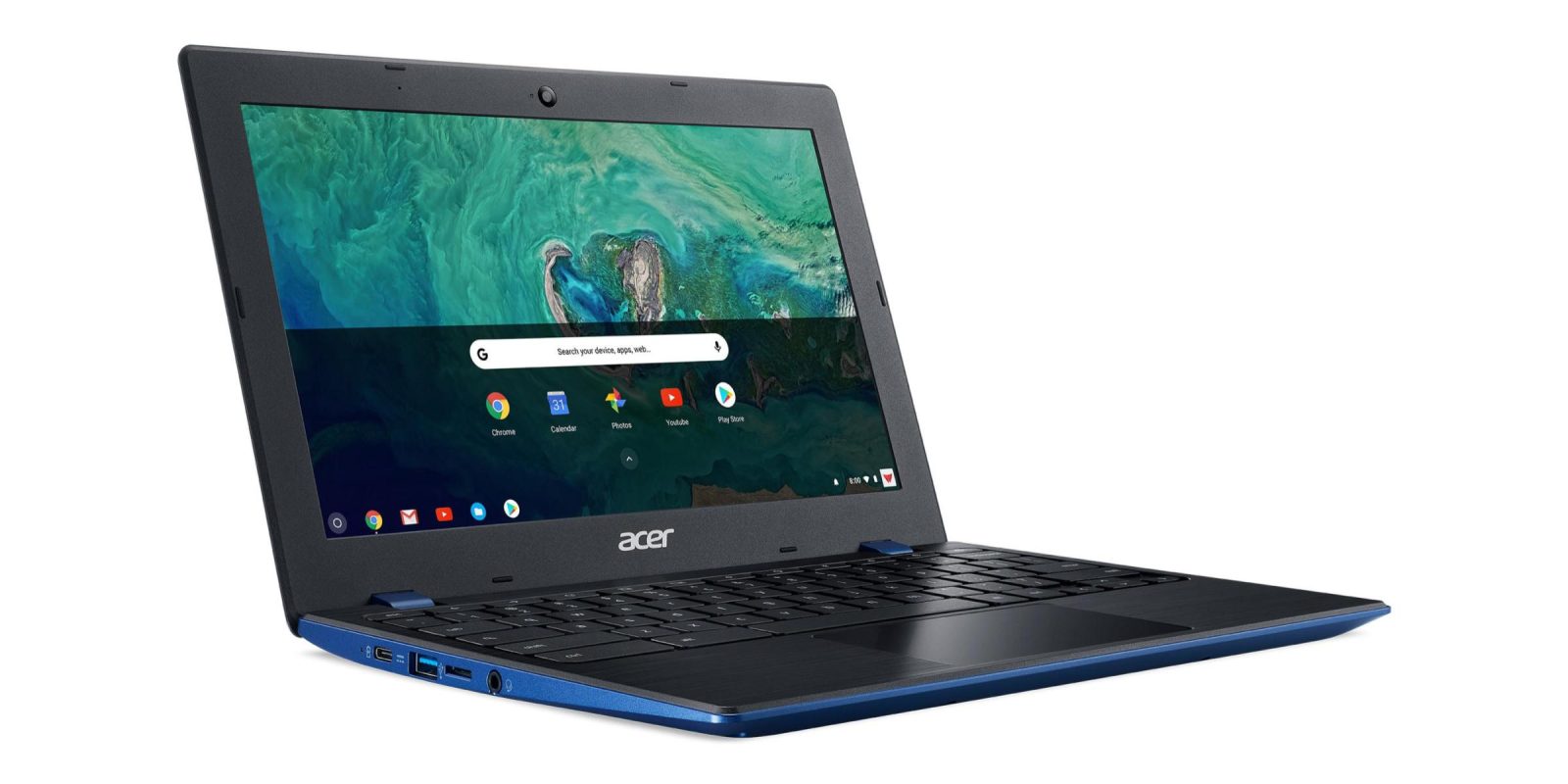 Following HP’s announcement of the latest education and enterprise Chrome OS devices, Acer is following suit with its newest Chromebook. Adding a splash of color, the Chromebook 11 features USB-C ports though retains the same resolution display.

The most notable aspect of the Chromebook 11 — which comes in two models CB311-8H and CB311-8HT — is the blue casing that extends all around the laptop for a nice splash of color. There is also a sort of woven pattern on the cover that is somewhat reminiscent of blue jeans given the color. Meanwhile, the display’s bezel, palm rests, and keys remain black and serve as a nice contrast.

Internally, this laptop uses the latest Intel Celeron chips with 4GB of memory and either 16GB of 32GB of eMMC storage. Battery life is rated for 10 hours with charging possible through either of the two USB-C ports. There are also two USB 3.0 port and a microSD card slot. Other specs include Bluetooth 4.2, 2×2 MIMO 802.11ac Wi-Fi, and an HDR camera for video conferencing.

Unfortunately, the 11.6-inch IPS panel still uses a 1366×768 resolution display. However, it can be configured with a touchscreen for use with Android apps via Google Play.

These models will first arrive in European, Middle Eastern, and African markets in March starting at €249, while North American retailers will see the Chromebooks a month later for $249.