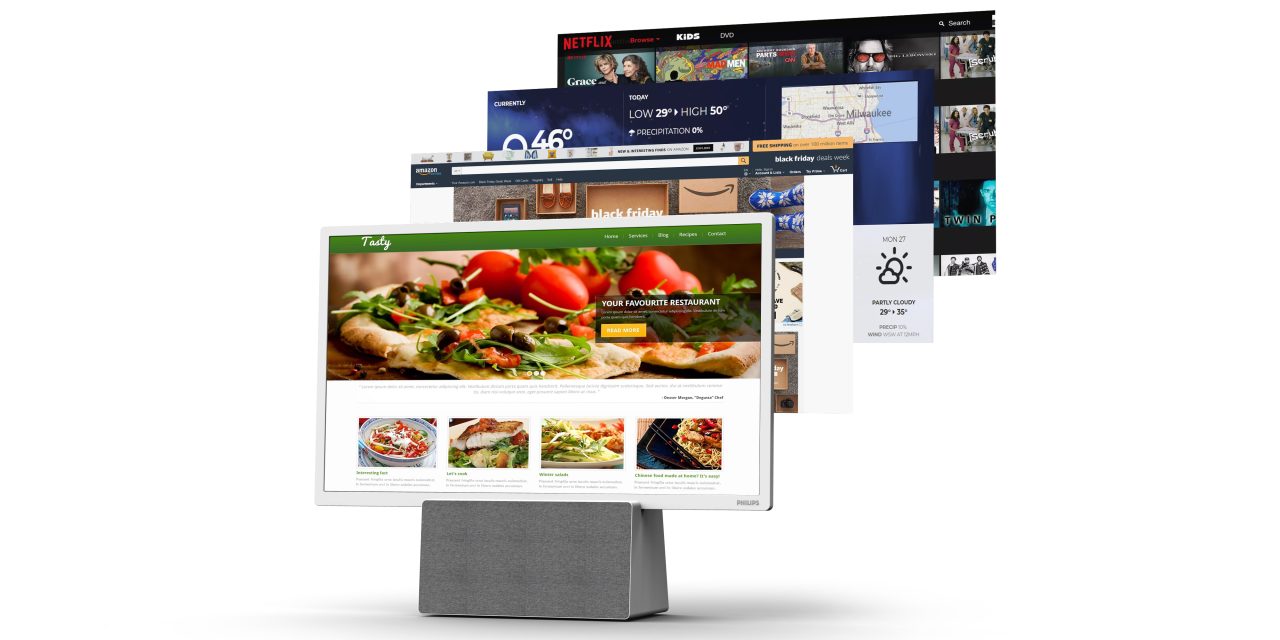 Catering towards those who place televisions in kitchens, Philips is launching a set geared for that particular setting thanks to Android TV and the Google Assistant. The latter is intended to be used to provide voice access to recipes and other related tasks.

The Philips 7703 Series TV features a 24-inch LED panel with a sizable rectangular base that doubles as an integrated Bluetooth speaker with a 16-watt amplifier. As a result, the panel looks rather thin with the housing also featuring the built-in microphone for voice controls.

In terms of cooking features, Philips notes being able to get step-by-step recipes from Assistant, as well as the ability to purchase groceries with your voice. Other capabilities include getting the weather, controlling smart home gadgets, and playing music and other media.

Other features include Google Cast support, an electronic program guide, two HDMI inputs, and Android 8.0 Oreo out of the box.

Pricing will be announced closer to release with the Philips 7703 Series Kitchen Android TV available in the second half of 2018. Color options include white and a brushed metal design to match various kitchen decors.