With 2018 underway, Google has released the first distribution numbers of the year and it continues to show slow growth for Oreo, while Android Nougat saw a rise, likely as a result of the holiday season.

From a month ago, Android 8.0 remains unchanged at .5%, while 8.1 Oreo enters the scene at .2%. The latter growth is likely predominately due to Pixel and Nexus devices getting updated, while there were some Oreo updates within the past month.

This includes Oreo for the HTC U11 Life on T-Mobile, the Moto Z2 Force on Verizon, and Project Fi’s Android One Moto X4. Around the world, Android 8.0 rolled out to the LG V30 in Korea, while OnePlus and Essential continued their respective beta programs.

These numbers are compiled from Android devices that accessed the Play Store during a seven-day period ending on January 8th. 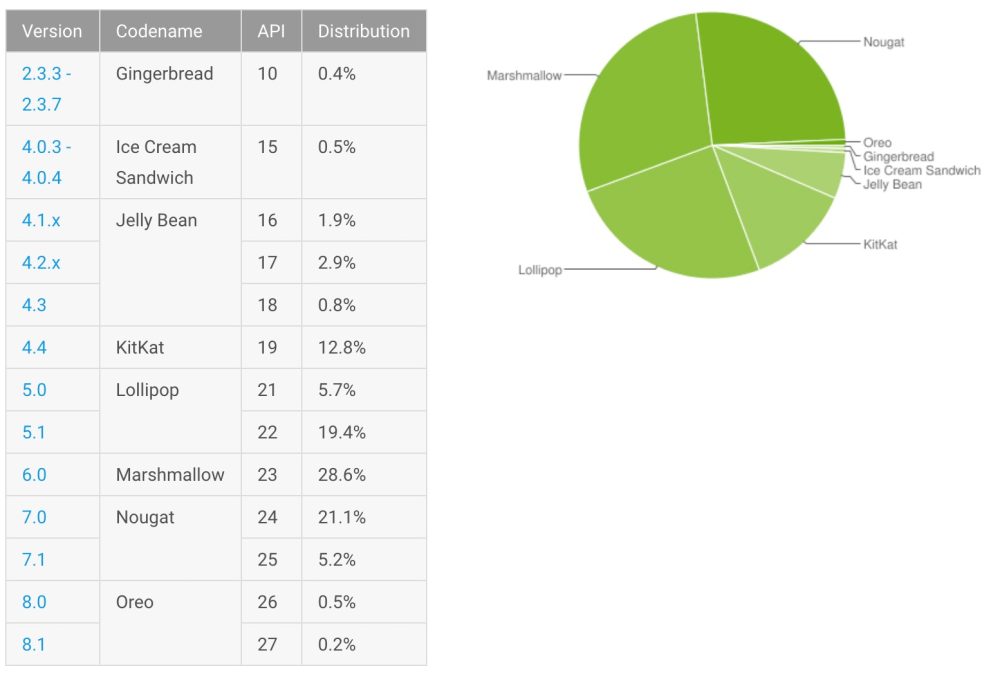