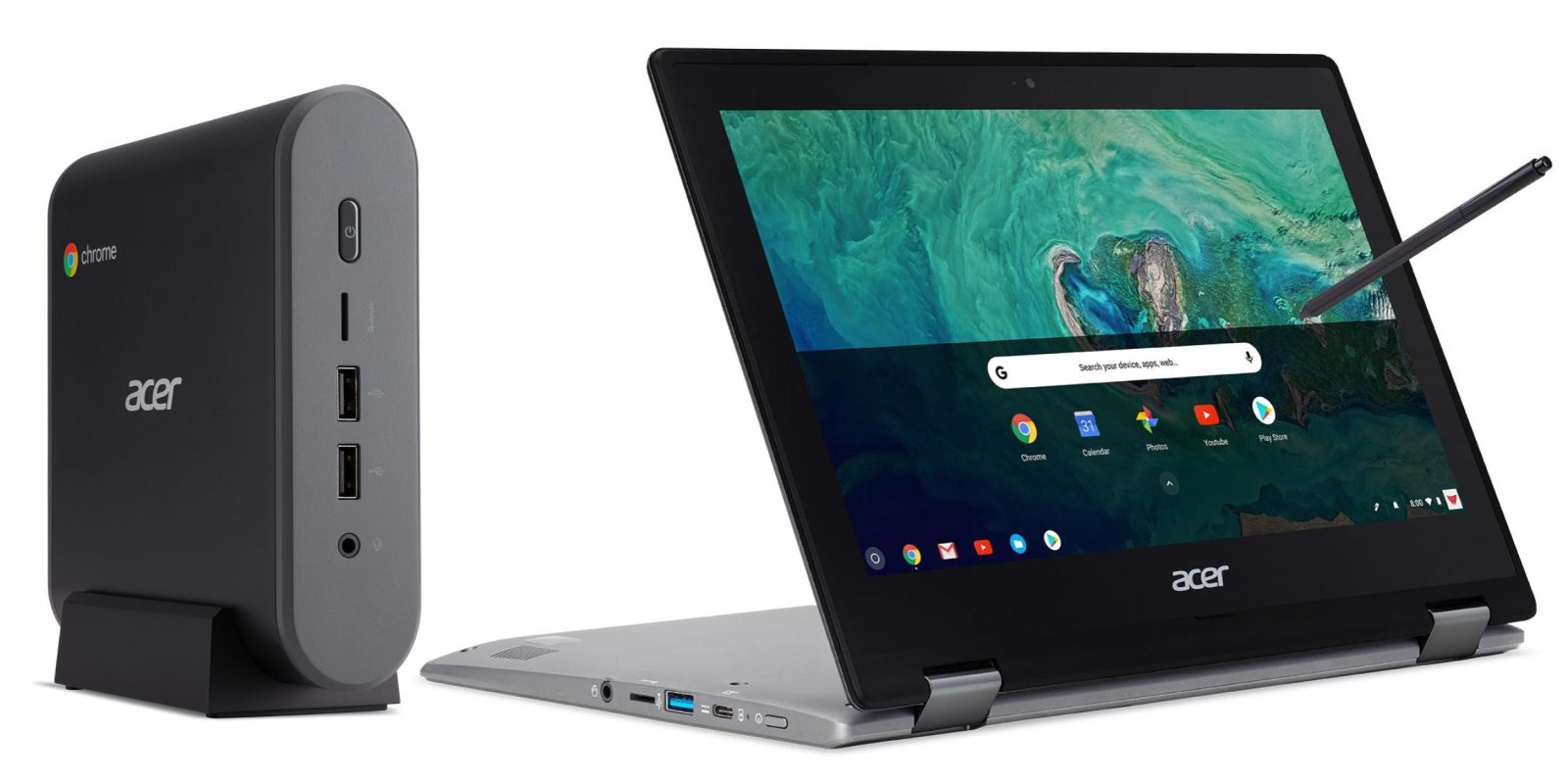 Following several announcements at CES and Lenovo’s yesterday, Acer is now the latest company to announces Chrome OS devices for 2018. Highlights include a Chromebook with built-in 4G LTE connectivity and a new Chromebox with 8th Gen Intel chipsets.

At CES, both HP and Asus announced new Chromeboxes with the latest Intel chipsets. Now, Acer is following with the Chromebox CXI3 and its 8th Gen Intel Core processors. Featuring a slim profile that can be attached to a monitor or stand vertically with the included stand, the oblong face offers access to a microSD card slot, USB, and audio jack.

On the rear side, there is Gigabit Ethernet, three more USB ports, HDMI, and USB-C. Launch details are not yet available, though it will be targeted at education and commercial customers.

Its other highlight feature is IP41 water and dust resistance, as well as MIL-STD 810G compliance against falls of up to four feet. Like on other rugged Acer models, the keyboard features a spill-resistant gutter system that can drain water away.

Powered by either an Intel dual-core Celeron N3350 processor or quad-core Celeron N3450, battery life is rated at 12 hours with 16, 32, or 64GB storage options. Ports include dual USB-C and USB 3.0, along with a microSD card slot. Other specs include a 180-degree hinge with both touch and non-touch 1366×768 displays.

Pricing starts at $299 for touch models and $279 for non-touch with North American availability this March.

The last announcement today is the consumer-oriented Acer Chromebook Spin 11 (CP311-1H/CP311-1HN). It is different from the rugged education version we reviewed last yet and compared to the C732 drops those protections.

The highlight feature is Wacom’s Electro-Magnetic Resonance technology for a stylus experience that’s touted as mimicking pen and paper. Meanwhile, the screen can be flipped all the way back, thus allow for use in four modes: tablet, theatre, tent, and traditional notebook.

The Chromebook can be configured with various Intel processors, including a quad-core Intel Pentium N4200, quad-core Celeron N3450, and dual-core Celeron N3350. Other specs include 4 or 8GB of LDDDR4 RAM and 32/64GB of on-board storage.

Pricing starts at $349 with North American availability also in March.