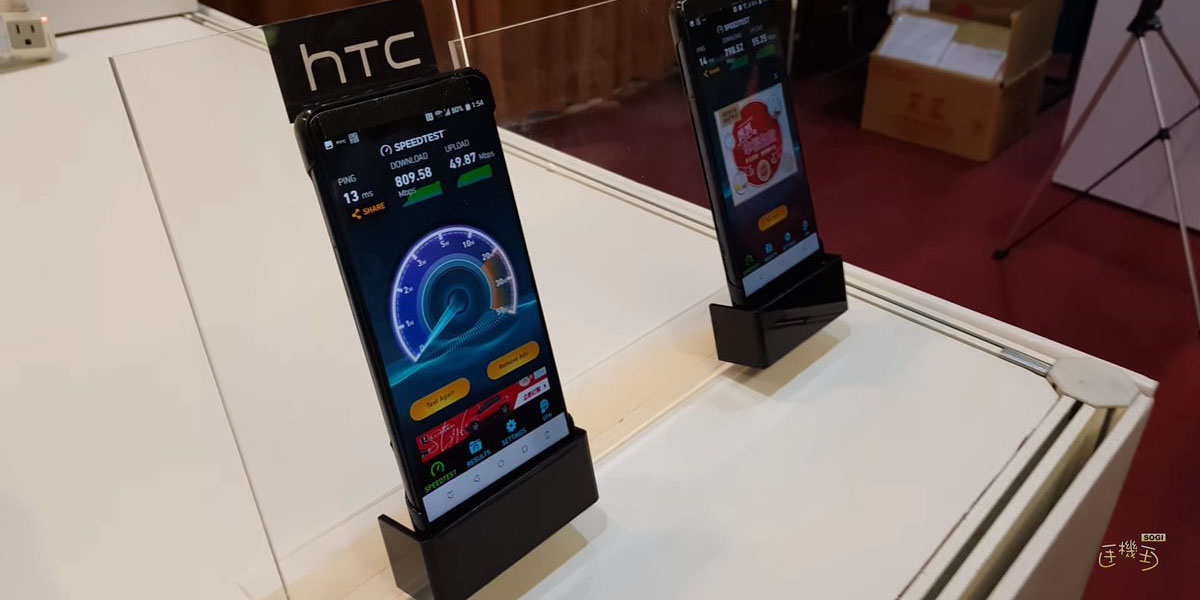 HTC’s past couple of flagships have been fantastic smartphones, but they haven’t struck a chord with consumers in the same way as their competitors. Now, though, it seems we’re getting our first look at the company’s next attempt…

At a recent event looking at 5G technology held by a Taiwanese carrier in HTC’s home country, the company was there with an unannounced phone on display. The reason for having this device front and center at the event was to show off the speeds 5G technology is capable of delivering (800mbps looks pretty awesome to me).

While there’s nothing here that definitively tells us that this is, in fact, the coming HTC U12, well-known leaker Evan Blass is confident that this is indeed the company’s next flagship. “Imagine” was covered up on the top, bottom, and back during the event, so details are pretty minimal.

The biggest takeaway, though, is the display. Here we see a pretty large display with very minimal bezels. The on-screen buttons essentially confirm that the phone will adopt a rear-facing fingerprint sensor (or, speculating on a long shot, an under-display sensor) like the HTC U11+. HTC’s previous U11 flagship was disregarded by many as it didn’t adopt the slimmer bezels of the competition, so it’s good to see the company getting caught up.

Another takeaway here is the processor. Since this phone is pulling near-Gigabit speeds, it’s a safe assumption that Qualcomm’s 5G-capable Snapdragon 845 chipset is under the hood with the X20 LTE modem that is designed to pull these faster speeds.

There’s still a lot we don’t know about this phone, such as when it will launch, but so far, it seems like HTC is cooking up something good…