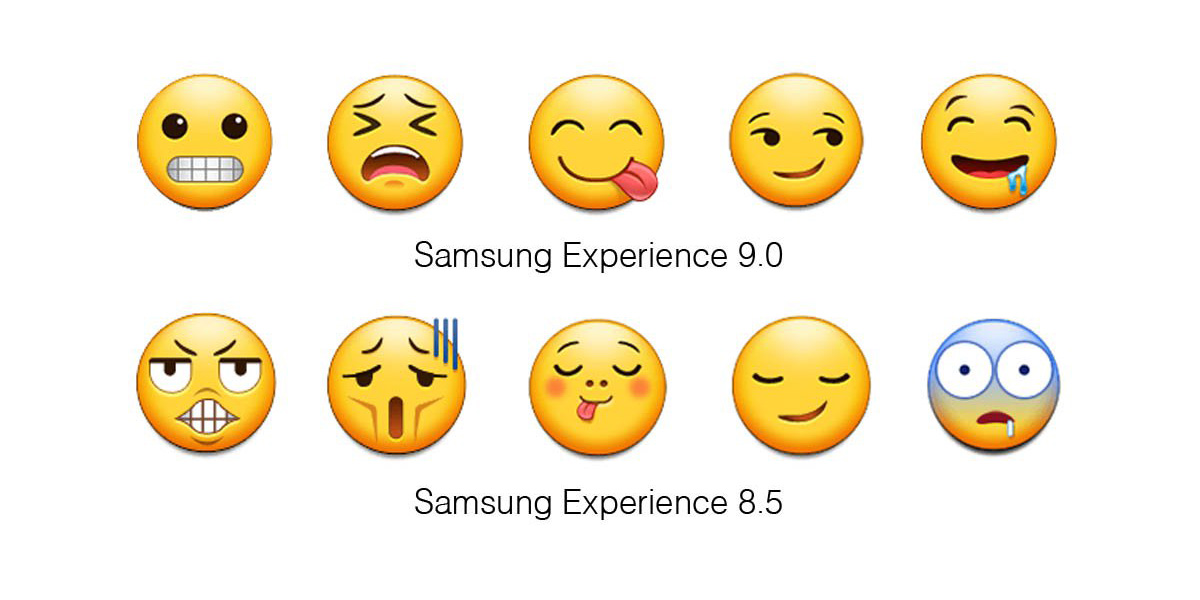 Emoji change from platform to platform, but on Android, they can often change from device to device. While many have wised up and started using Google’s emoji to create some kind of standard, Samsung has its own, and now they’re getting a little better with Android Oreo.

Samsung’s emojis have notoriously been terrible. While Google has had its fair share of missteps in design, Samsung’s set of emojis are so confusing that they often end up showing a meaning completely different from their intention. For example, the “cookie” emoji on Samsung devices actually shows a cracker instead, which caused some hilarious confusion last year.

Now, in Android Oreo, Samsung is changing that. Samsung Experience 9.0, which has already started rolling out, delivers a new set of emoji that changes a lot of designs for the better. Facial expressions were one of Samsung’s biggest issues with emoji, as some like the “grimacing face” looked nothing like the same emoji from the likes of Google, Apple, and others. The same applies for the “rolling eyes face,” “face screaming in fear,” and many others.

One major way Samsung is improving its emoji library, aside from the much-needed redesigns, has come from changing to align more closely with the competition. A lot of the tilted faces that were found in previous versions of Samsung Experience have been straightened out to improve clarity.

Emojipedia took the time to sort through everything and figure out what’s been changed, as well as looking at the new options Samsung added. Personally, I’m glad to see Samsung finally catching up in this area, and if you want to check out everything that’s changed, head over to the full changelog post.