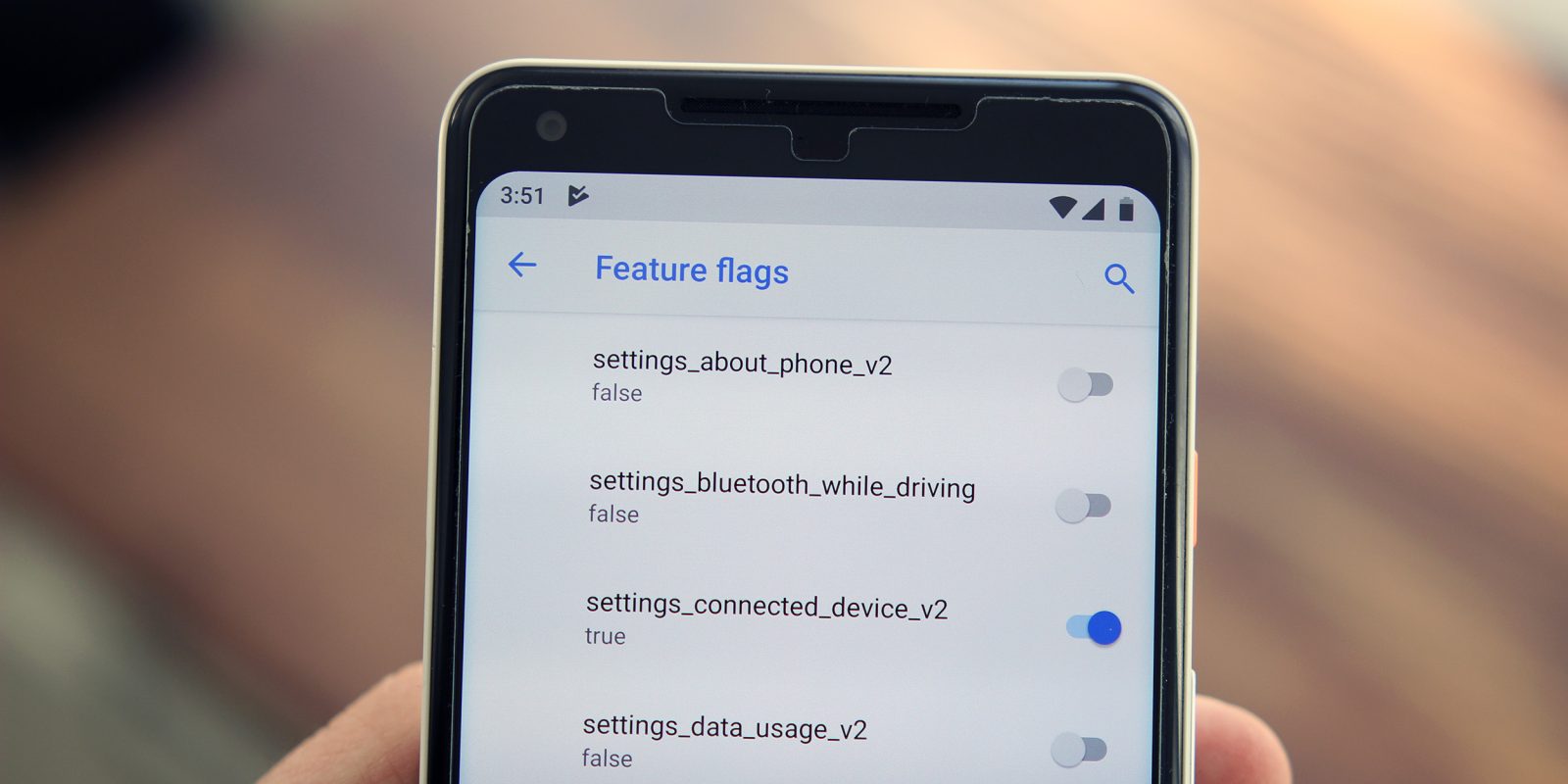 Android P revamps the Settings app again and introduces a number of changes. One of the new options is called “Feature Flags” and is available under Developer options. Similar to Chrome Flags, users can enable in-development features and interfaces.

In DP1, there are eight flags that users can enable/disable. Several are already turned on by default. In essence, these flags allow users to access features and entire interfaces that may not be ready yet.

Unlike Chrome, changes after enabling/disabling apply immediately and do not require a restart. At the moment, none of the flags provide any major differences.

The option is rather useful for disabling changes that you do not particular like, however, it’s unlikely that Feature flags will be available for the final release version of Android P.