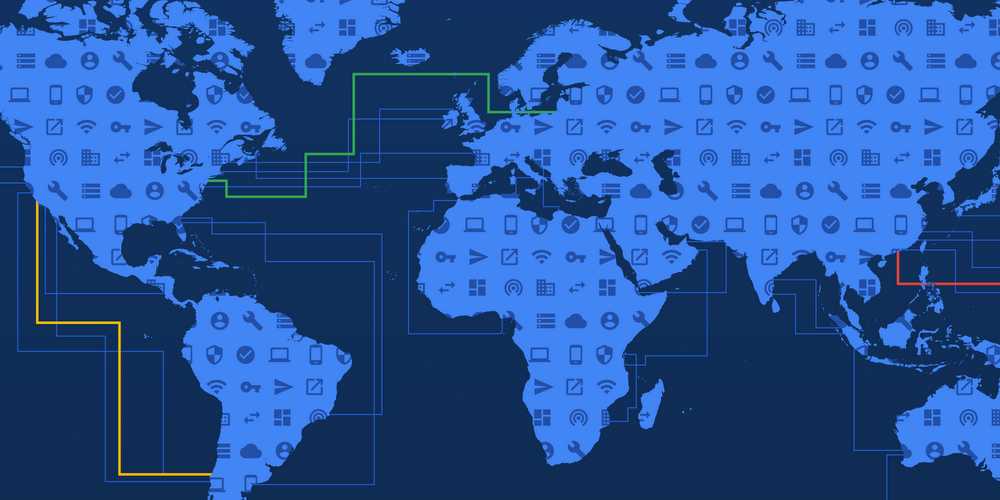 At the start of 2018, Google revealed that over the last three years it has spent $30 billion to improve its infrastructure. Including data center and undersea cables, this helps the performance of both consumer services and Cloud infrastructure for enterprise. Google announced today that it’s investing in the Japan-Guam-Australia (JGA) Cable System.

JGA consists of two fiber pairs connecting Japan to Guam and Guam to Australia. Combined, both segments stretch nearly 6,000 miles and will provide 36 Terabytes per second.

Built by NEC Corporation and Alcatel Submarine Networks, Google is particularly responsible for JGA-South connecting Sydney, Australia and Piti, Guam. The consortium also includes AARNet and RTI-C. Meanwhile, JGA-North between Minami-Boso, Japan and Piti, Guam is being developed by RTI-C.

Taken with Google’s other investments (Indigo, HK-G, and SJC), end users and Google Cloud Platform customers will benefit from a “constellation of cables forming a ring between the key markets of Hong Kong, Australia and Singapore.” Beyond increased capacity, GCP users gain access to “scalable, diverse capacity on the lowest latency routes.”

This works in conjunction with other recent systems (Unity, Faster and PLCN) that connect the United States to Japan, Taiwan, and Hong Kong.

According to NEC, the cables will likely be ready for commercial use in late 2019. 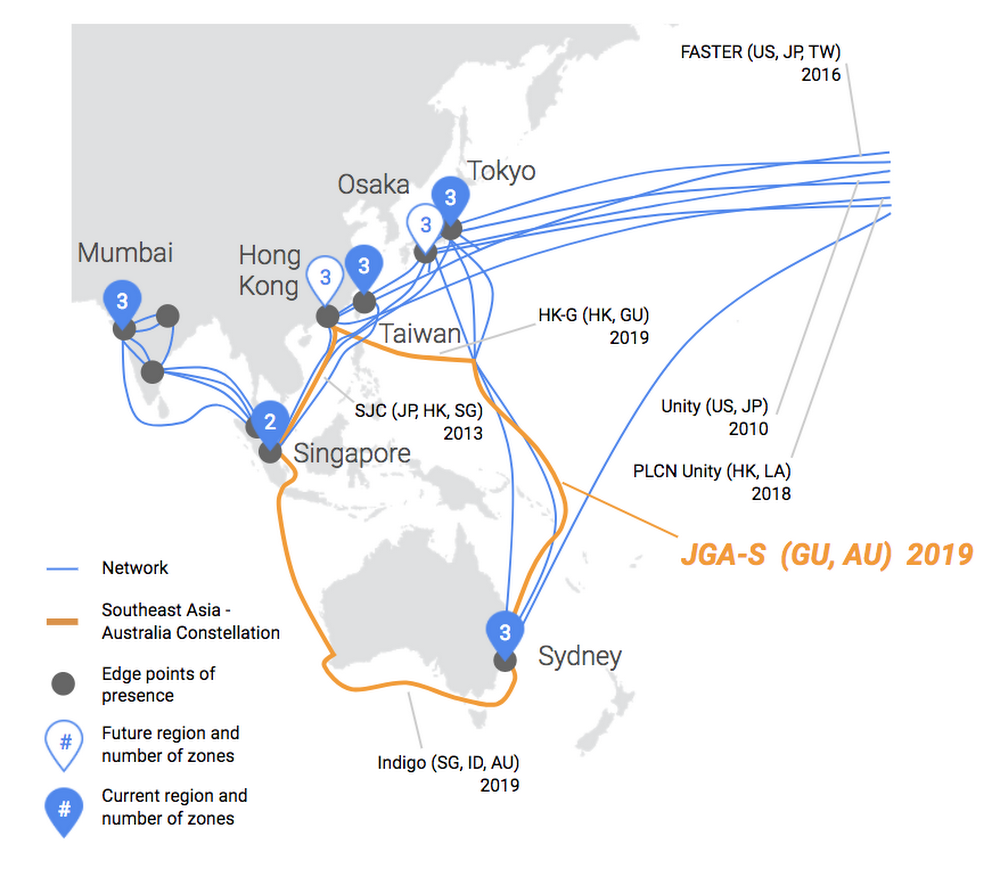