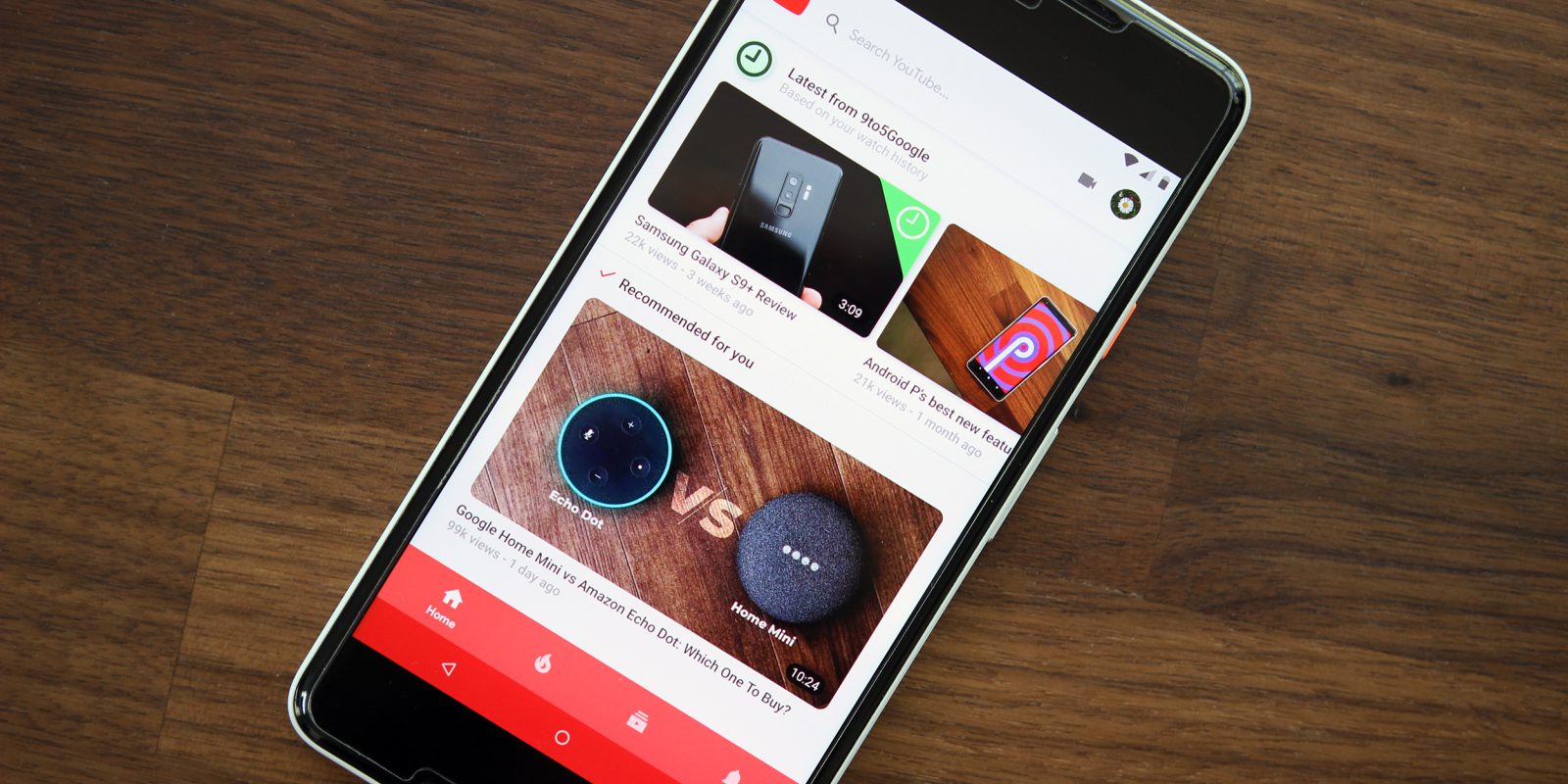 The design of the YouTube app for Android is one (like several Google apps) that has gone through many visual changes throughout the years, and with its latest overhaul, it’s looking duller than ever to my eyes. Perhaps some of the most obvious setbacks are its cluttered user interface and lack of color.

In my first of a series of conceptual UI/UX designs, I attempt to give some insight into what Google may have planned for us in the coming months to improve the form and function of the YouTube app, and to keep its aesthetic in-line with other recent Google applications, such as the I/O 2018 app.

While we may have only a glimpse into the so-called Material Design 2 so far, what we’ve seen seems to indicate Google is further unifying the design language of its products. Some of the largest changes we’ve seen so far include more prominent use of rounded corners and UI elements, a new color palette, new iconography and more.

First & foremost, and perhaps the most important part of YouTube, is the homepage. Many users criticized the change to YouTube’s new grey and white bottom navigation bar as bland and uninspiring, giving most of the homepage an outdated monochromatic look.

This is the first thing I set out to change in my redesigned YouTube concept. I wanted to bring some of the life back into the app with a heavier use of color, while keeping things clean and conforming to Material Design guidelines. The replacement of a search button with a search bar is another element plagued with Google’s new obsession with white.

The next part of the interface is the watch page — after all, YouTube would be pretty useless without it. Something that I’ve seen some annoyed by are the video controls that mask a section of the video real-estate. Of course these controls are necessary for functionality and can not be removed, but I’ve attempted to move them into a less intrusive position, in an effort to more closely unify the desktop and mobile versions of the site while keeping the UI tucked away enough to not obscure the video.

Finally, for users who like to quickly find content from their favorite creators, channels are the place to visit. Perhaps the biggest design challenge of YouTube channels is the fine line between uniform and constant — which is to follow a particular design order for the uploader to reflect their branding based on their content.

My final redesigned concept keeps large parts of the channel design the same, while adding new features, like the ability to slide horizontally to swipe between videos in specific playlists. Basic channel information like the name, subscribers and subscribe button have been added to one convenient space at the top of the channel. This groups the most important information into one place, allowing the user to access it quickly.

As “Material Design 2” continues to unravel with a plethora of interface and user experience changes, it’s impossible to tell exactly what Google has in store for us, as Google has only given us bits and pieces thus far. It seems likely that the new guidelines could be solidified next week at Google I/O. That said, I hope these designs give you some insight as to what we might expect, and stay tuned; I intend to experiment with more apps in the coming days.

What do you think of this concept? Let us know in the comments below.