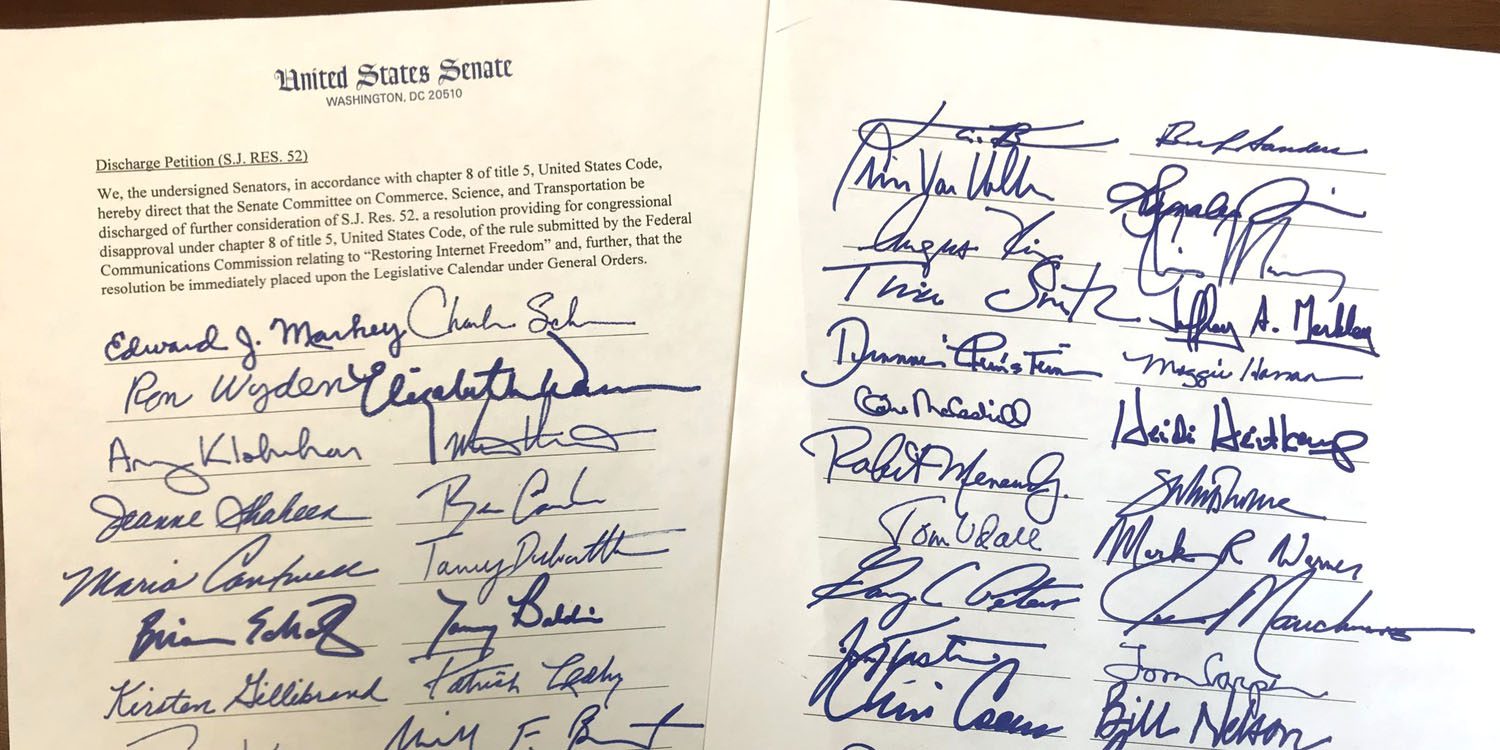 You might have thought net neutrality was dead – at least, outside of a few states defying the FCC to pass their own laws or rules. But one senator believes that there is still a chance to save it, using an arcane congressional procedure …

The Verge explains how it could work.

On May 9th, Sen. Ed Markey (D-MA) will introduce a Congressional Review Act resolution to roll back Pai’s order completely. It’s a long shot, but if it works, it would be faster and more effective than any court ruling, completely restoring Wheeler’s 2015 order.

The plan relies on some unusually arcane congressional procedure […] Passed in 1996, the Congressional Review Act (or CRA) gives Congress the power to reverse any federal regulation by passing a joint resolution of disapproval within 60 legislative days of enactment. In practice, that means a majority in Congress can undo any rules set by the executive branch, provided they act quickly enough. Crucially, a successful CRA vote blocks any future consideration of the rule, so the agency can’t just pass the same rule again and hope it goes through this time.

Markey already has the 30 signatures required to call for a CRA vote, though the site’s Russell Brandom notes that there are a lot of uncertainties in the process.

Even if succeeds, it would still have to be passed by the House – a trickier prospect – and Trump would still have the power to veto it, all of which makes it a long-shot. On the plus side, it is likely to reach a conclusion one way or the other ahead of the upcoming court battles.