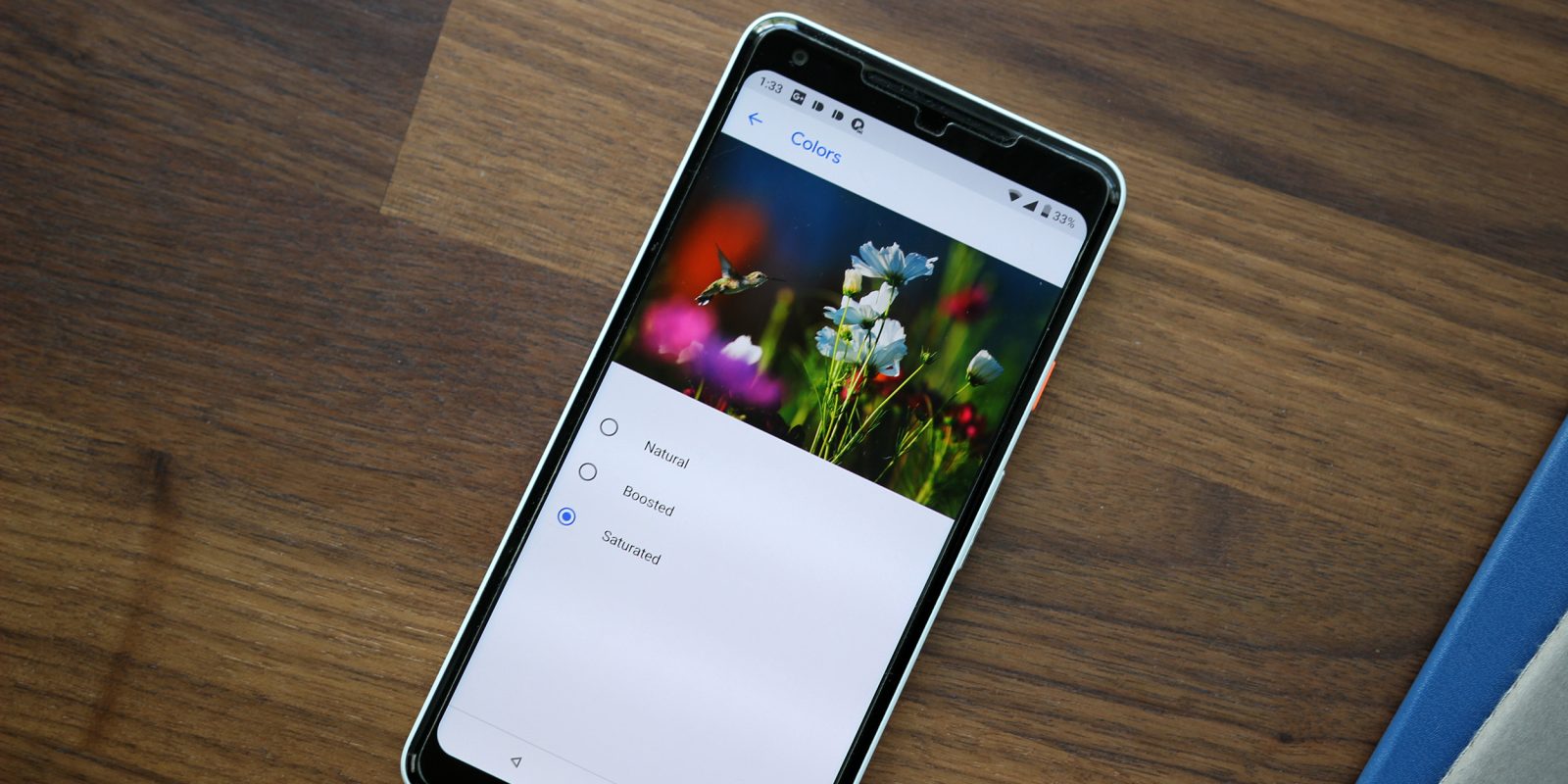 Google’s Pixel 2 smartphones are some of our favorite on the market, but display colors have not been their strong point. To remedy the muted display colors, Google introduced tuning options in the software. Now, in Android P, that option is getting a slight upgrade.

If you’ll recall, Google’s color tuning feature is pretty limited. It simply lets users switch between “Natural,” “Boosted,” or “Saturated” colors. While the differences are pretty easy to spot when you head back to apps, it’s always been a bit annoying that there’s no clear point of reference when picking out a setting.

In Android P’s third developer preview, Google has added a new picture to this color picker, giving users an easy point of reference when choosing between modes. The picture itself shows a hummingbird in a garden with some colorful accents in the background.

One of these images was live in DP2 as a couple users have noted, but the previous image didn’t do nearly as good of a job as showing the difference in color between the various modes.

We’re still digging through Android P’s latest preview. You can check out our roundup of everything that’s new here, and be sure to drop a comment if you find anything yourself if you decide to install the beta.

This is definitely an effective way to see the difference these modes make. Users of Samsung phones will be very familiar with this feature, which those devices have had for years.