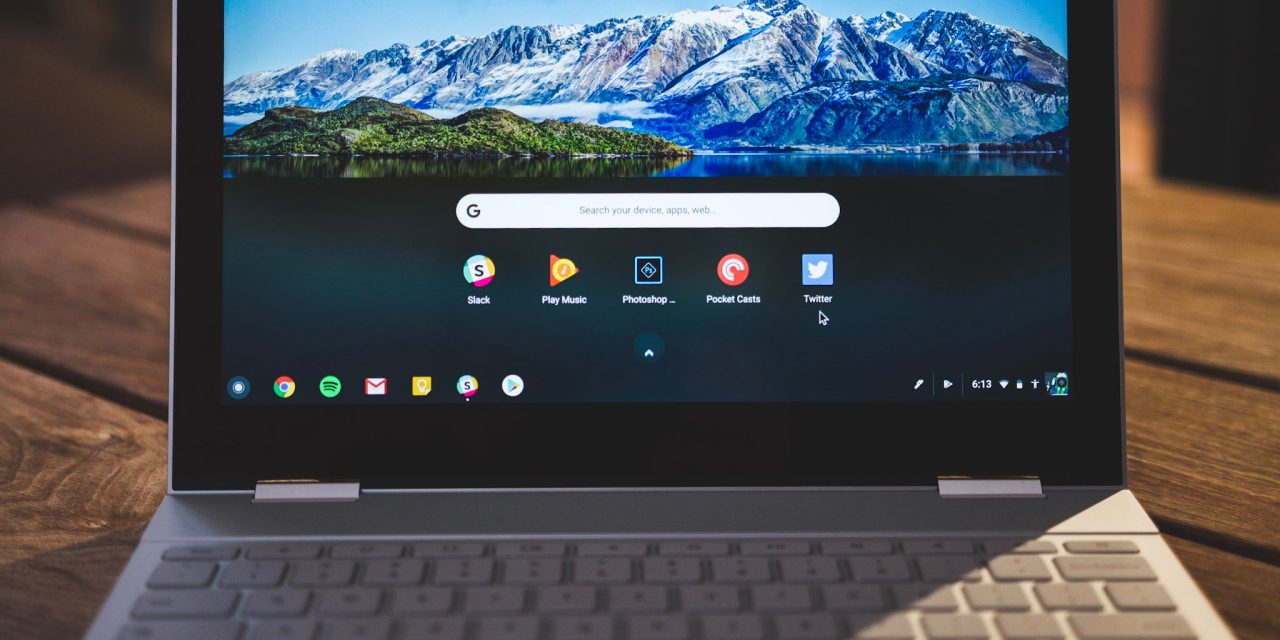 Earlier this month, Google began testing a way to surface files created by Android apps in the Chrome OS Files application. Given upcoming Linux support, the company is now planning a broader “Navigation UI Refresh” for how users view and manage files in Chrome OS.

This “Refresh” — currently targeted for Chrome OS 69 — is centered on the navigation drawer of the Files app. At the moment, this list of folders is cluttered and becoming increasingly so in light of Android apps and soon Linux software generating user-created files, like PDFs, images, and more.

A new design plans to simplify the navigation starting with rearranging items so that “Recents,” which organizes files by date modified, will be the first thing users can select. This is followed by a shortcut folder that provides quick access to a previously accessed item that might otherwise be buried in the directory.

The new design takes advantage of line separators that highlight specific sections, including the brand new “My files.” Complete with a device icon, it houses Downloads, Play files from Android apps, and Linux files, as well as user-created folders. In nesting these sections within My files, Chrome OS is making it clear a where a user’s files are located. 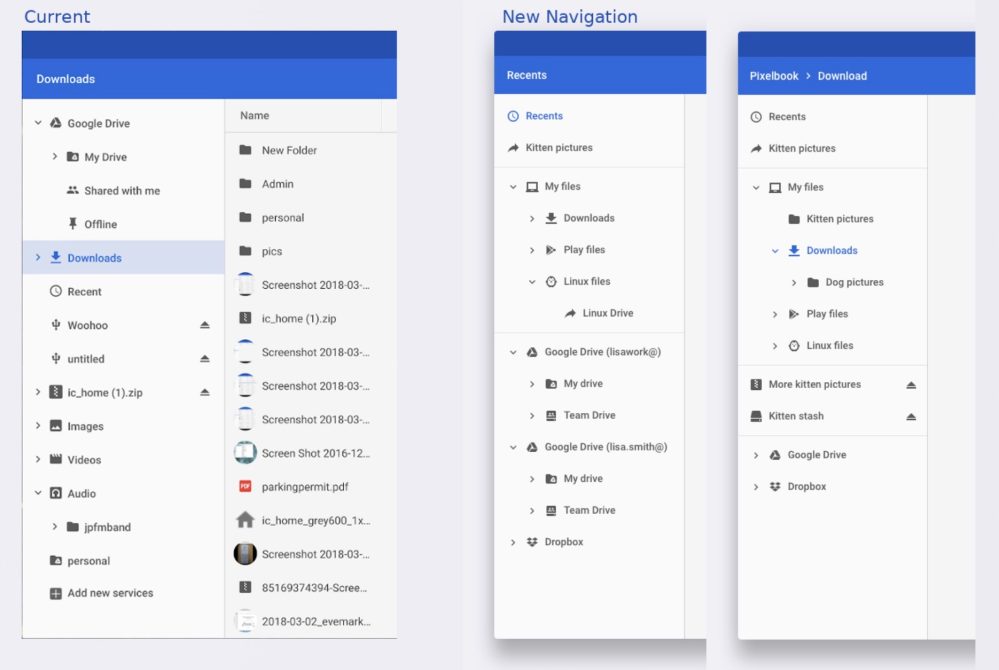 Connected drives and ZIP files will appear in the next section below, with cloud storage now at the very end of the list. Previously, Google Drive, Dropbox, and other third-party cloud services were the very first item in the nav drawer. Meanwhile, folders for Images, Videos, and Audio do not appear to be included in this refresh.

Google is currently targeting this redesign for Chrome OS 69 expected later this year. It will initially be available with a “new-files-app-navigation” flag for reverting to the previous iteration. Search might initially be limited to the Downloads folder, while a “full search” capability to query through all “My files” volumes is coming in a future update.