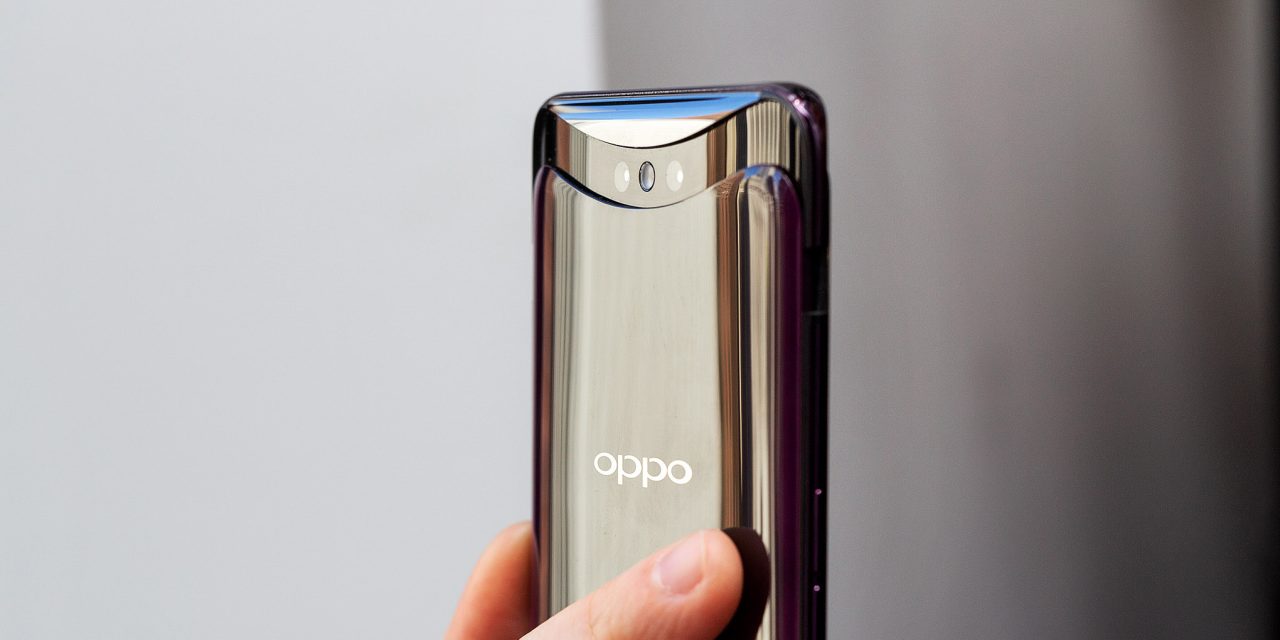 Over the past couple of years, smartphone design has been evolving to give users as much screen as possible without making the phone any bigger. It’s given us some truly wonderful devices, but many OEMs have resorted to the display notch to do so. Some, though, have experimented with unique designs to give us something better. Oppo is no stranger to unique smartphone design and today, the company is officially unveiling the Find X, its latest flagship with some cool tricks up its sleeve…

The real center of attention on this phone, though, is the design and the cameras, and specifically how they work together. Oppo has packed a 25MP selfie camera up front and a 16MP+20MP dual-camera setup on the rear. However, because of the 92.25% screen-to-body ratio, there’s no room for the front-facing sensor.

Instead of using the typical notch, Oppo has built a motorized slider on the top of the phone which extends whenever you need to use the front or rear cameras. Much like Vivo’s NEX smartphone, this is a clever solution to the problem, but it does present some immediate concerns, like durability and reliability. Considering past Oppo device’s with moving parts, though, I’d say this will probably work out just fine.

One thing you might note about the hardware is the lack of a fingerprint sensor. Oppo hasn’t included one on this device, even under the screen, instead relying on facial recognition. This uses a 3D facial scanning system which is more than just a camera, unlike some other devices, and it all lies within the sliding portion of the phone. That also means that this part of the device will slide up each time you unlock. The Verge says that this process is very quick even on pre-production hardware.

Oppo is launching the Find X globally for the first time, including both Europe and North America. Details on that are still a bit unclear, but apparently, the company has a deal with a carrier and pricing could even undercut competitors like LG’s G7 ThinQ and Samsung’s Galaxy S9. The device has global LTE support and is confirmed to work in the US, so it’s very possible it’ll arrive in the States at some point. Orders in China are opening today.

Update: It has been confirmed that the Find X will not be launching in the United States. Apparently Oppo “isn’t ready to deal with” the US market just yet.

The war on bezels has created a lot of interesting challenges for smartphones, and I applaud Oppo for finding such a unique solution to those challenges. While far from perfect, I think the Find X is going to be a pretty appealing device to some thanks to the unique design and, apparently, its affordable cost. Hopefully, the company doesn’t have the same challenges in North America as some of its Chinese competitors.

Would you buy the Oppo Find X? Do you find this motorized sliding design appealing? Drop a comment below and let us know!