Last year, Google Search had to address “fake news” appearing in “Featured Snippets” on the web and being offered as answers via Assistant and Google Home. The company today is announcing a handful of features to combat the same issues on YouTube.

YouTube’s trending sections and algorithms have a tendency of displaying “fake news,” conspiracy theories, and other nebulous videos about historical events and news. As part of “making authoritative sources readily available,” search results for breaking events will feature a “short preview of news articles in search results on YouTube.”

After a breaking news event, it takes time to verify, produce and publish high-quality videos. Journalists often write articles first to break the news rather than produce videos.

Titled “Developing news” it will appear immediately under the search field, above the list of video results. This short preview, with a link to read the entire article, will appear “during the initial hour of a major news event.”

YouTube has already been trying to address this problem with a prominent Top News and Breaking News section that directs users to videos from major publications. The former appears in search results for news events, while the latter appears on the YouTube Home screen during live events.

It is already available in 17 countries, including the U.S., U.K., France, Italy, Japan, India, Mexico, Brazil, South Africa, and Nigeria. In the coming months, Google plans to double the number of countries where these highlights are available.

Another existing effort involves showing Wikipedia and Encyclopædia Britannica snippets on conspiracy videos or other well-established historical and scientific topics that are subject to misinformation, like the moon landing and Oklahoma City Bombing. 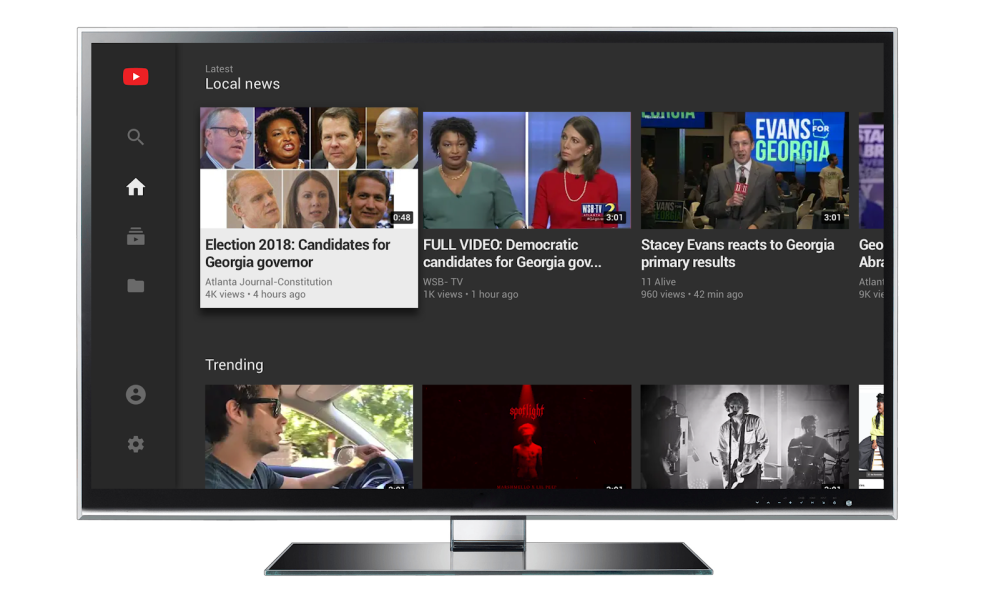 Meanwhile, the traditional YouTube experience will surface more local news, especially on televisions. Google is testing videos from local stations on the YouTube app for TVs in 25 media markets around the United States given people’s preference for familiar sources.

Many people want, value, and trust local news. And when a major event happens, local reporters are often the first on site to capture events as they unfold.

These news-related features are a part of the Google News Initiative. Back in March, Google noted how supporting news and quality journalism is a “top priority” and a company-wide effort. Over the next three years, Google will commit $300 million towards these goals, including building out technology that helps publications’ bottom lines, grants, and promoting digital literacy.

Along with the Google News Initiative and Google.org, we have teamed up with the Poynter Institute, Stanford University, Local Media Association, and the National Association for Media Literacy Education (NAMLE) to support MediaWise, a U.S.-based initiative designed to equip 1 million teens with digital literacy skills. Six incredible YouTube Creators, including John Green, Ingrid Nilsen, and Mark Watson, will be working with MediaWise to bring awareness to digital literacy and help educate teens.