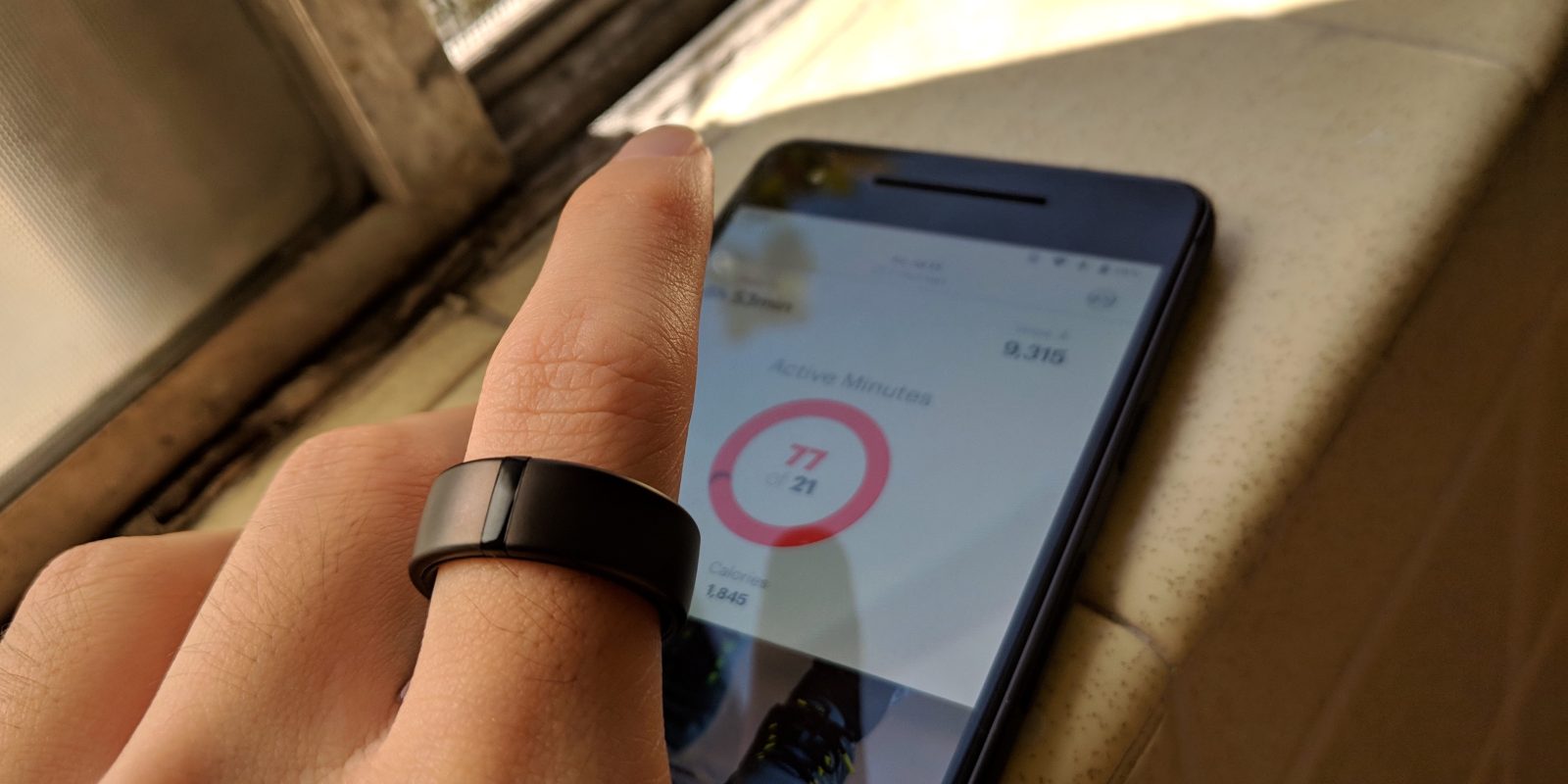 The proliferation of good wrist-based fitness trackers in just a few short years is technologically impressive. The pedometer of old is dead and its place is a gadget that tracks your sleep, heart rate, and integrates with an app for “smart” features, like notifications.

I think the commoditization of this technology is fueling another new form factor, with your next fitness tracker possibly taking the shape of something even smaller and resting on your finger. Enter the Motiv Ring and its new Android compatibility.

Available in slate gray or rose gold, the outer titanium shell of the ring is a smooth surface save for a plastic window that features an occasionally flashing light. Located at the 2 o’clock position, it blinks various colors while charging and syncing.

The interior bottom of the ring features a heart rate sensor that flashes a standard green light into your finger. It is flanked by two gold-colored metal strips that are used for charging. Battery life is rated at three days, which is understandable for the size, but breaks with the weekly charge required by most other trackers today.

A top-up is done with the USB Magnetic Charging Dock. Plugging into a standard USB-A port, the ring magnetically connects at the other end. A red light notes that charging is in progress with the process taking 90 minutes. 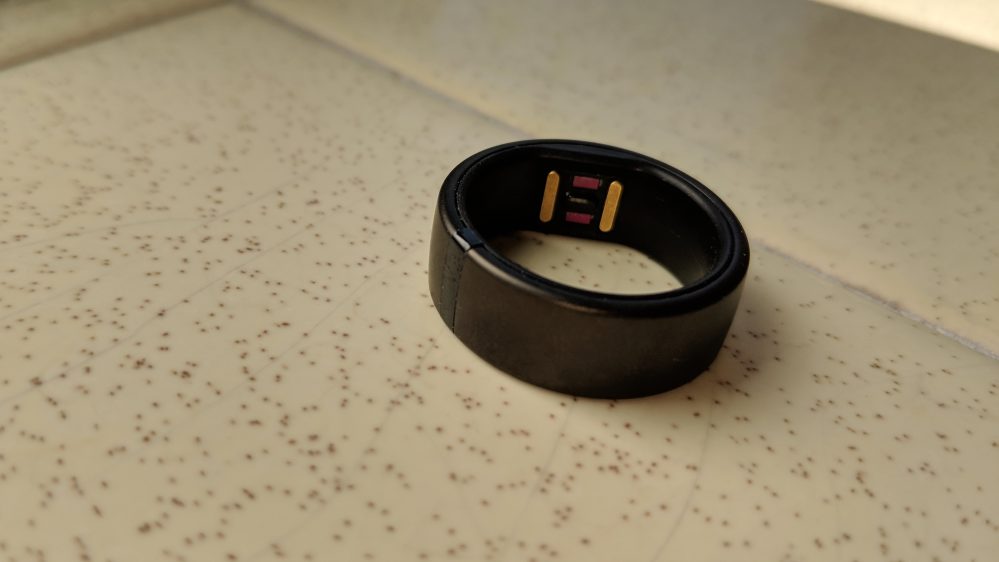 Motiv includes two of these identical dongles in the box as well as an accessory that can be added to your keychain in order to store the adapter on the go. I found this to be rather clever given that the compactness of the dongle makes it hard to store anywhere else.

Appearance-wise, that’s all there is to the Motiv Ring. Internally, there is a patented flexible circuit board and battery that wraps around your finger in a truly “forgot about it way.” The entire package is also waterproof rated to 165 feet (5 ATM).

The syncing process to your phone is automatic and happens occasionally in the background, but Motiv added an interesting way to manually invoke it. To sync, users simply twist the ring while it’s on a finger. Unfortunately, I’ve found myself inadvertently activating this process when nervously twisting the ring and thus flashing the blue indicator light.

The physical, tangible experience of using the Motiv Ring for the past week is very much just a log of what it was like for me to wear a ring for the first time in my young life. There’s really not much else to it.

The Motiv Ring near reaches the platonic ideal of how technology at the end of the day should fade away and not be apparent. In how modern fitness trackers are just slightly large bracelets, Motiv’s gadget is simply a standard ring that’s about the thickness of a nickel (2.5 mm), while weighing less than a penny.

Ordering a Motiv Ring starts with a sizing kit sent out to you. It includes seven plastic models ranging from size 6 to 12 that users are advised to wear for at least 24 hours to account for temperature changes that cause your finger to shrink and expand throughout the day.

I did not expect the experience of wearing a ring to be such a minor disruption. On my index finger, I did not like how it would bang against the back of a phone. It would also bump against the sides of a phone when in a two-handed typing position.

Meanwhile, it’s a social faux pas to wear on your ringer finger, while the other finger — middle — that Motiv recommends wearing it on is too large for the ring size I choose based on my forefinger. 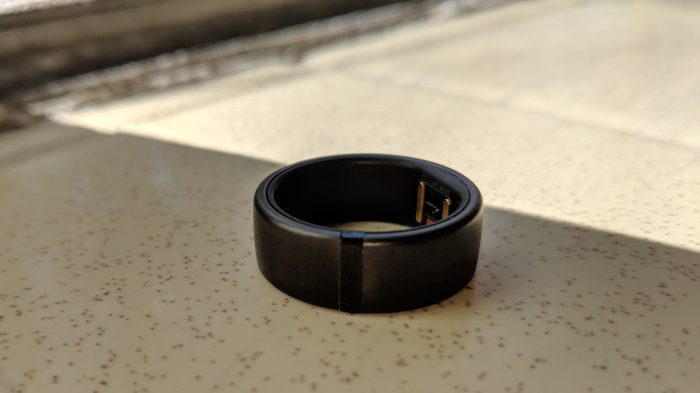 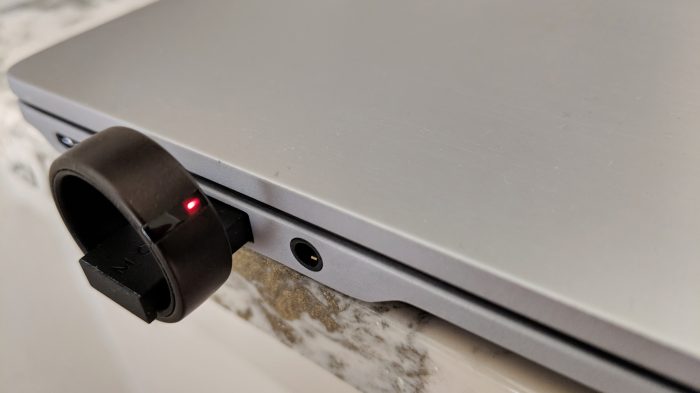 The solution I settled upon was wearing the Motiv on my ring finger when in private, and on my index in all other circumstances. I actually don’t mind constantly switching between fingers and even hands given how slipping it on/off is easier than a strap. But besides that, I could type on a laptop with my normal speed and accuracy.

The Motiv Ring can capture steps, distance, and activity types, as well as active minutes and intensity. Measurements are up to par with a Fitbit and consistent day-to-day throughout repetitive activities, which is the real measure of a fitness tracker in my book. 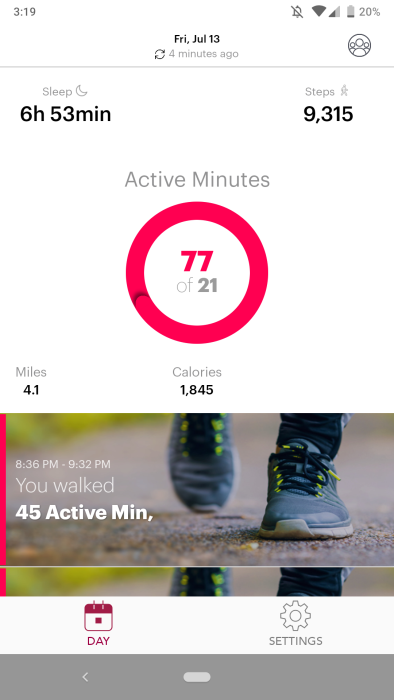 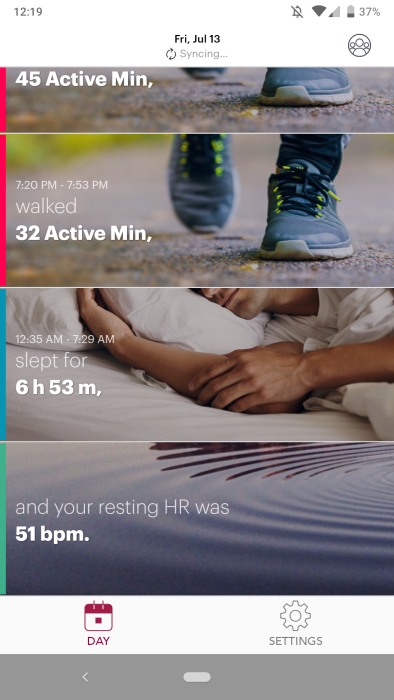 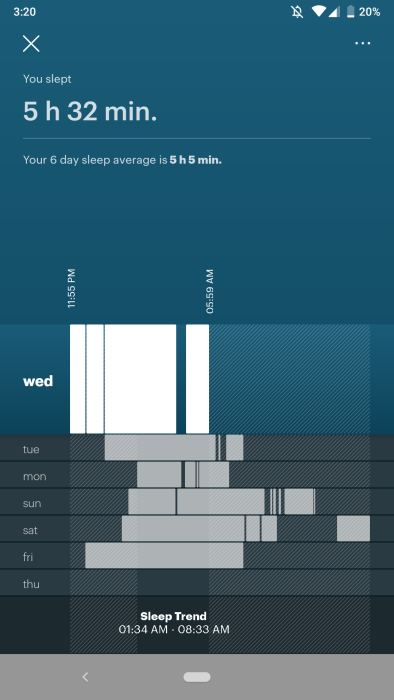 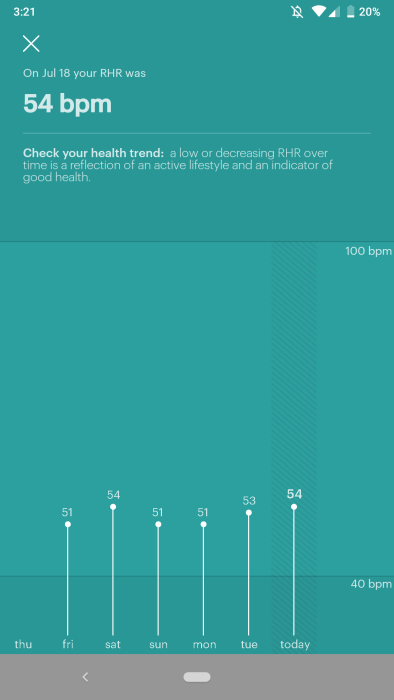 The heart rate sensor measures your resting pulse, with Motiv noting that finger-based measurements are more accurate given less hair and tattoos compared to your wrist. The Motiv also captured my “sleep duration” with accuracy similar to that of a Fitbit.

That simply titled measurement just records what time you sleep/wake up and nothing more. This should be fine for most people, but those who’ve switched from a Fitbit or Garmin will lose detailed breakdowns between deep, light, and REM sleep. Motiv argues that it is focussed on giving simple feedback on “activities you can control, rather than the metrics you can’t,” like sleep stages.

Today’s news is that the Motiv Ring is now available on Android and syncs with Google Fit. The Android app has been in beta testing since earlier this year and a quite straightforward experience. It is compatible at launch with the Pixel and Pixel 2, as well as the Samsung Galaxy S7, S8, S9, Note 5, and Note 8 variants.

The “Day” tab notes your current progress with sleep, last heart rate, and steps listed at the top. A ring of Activity Minutes is below, followed by miles and calories burned. The app also takes advantage of cards at the bottom to note how long your slept, resting HR, and physical activity throughout the day.

Tapping on any opens a weekly view, while swiping to the left of the Home tab will allow you to go back to a previous day. It’s a straightforward way to show a lot of information, but the design does not feel native to me, as evidenced by several menus. It gets the job done, but is somewhat blocky with some touch targets being quite large, especially the bottom bar, while others like the Settings menu being impossibly tiny. 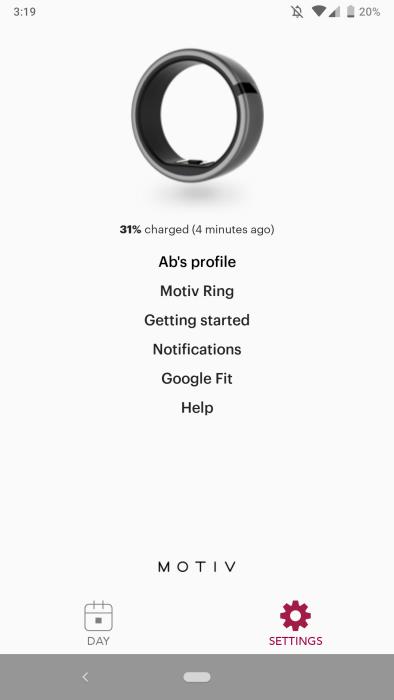 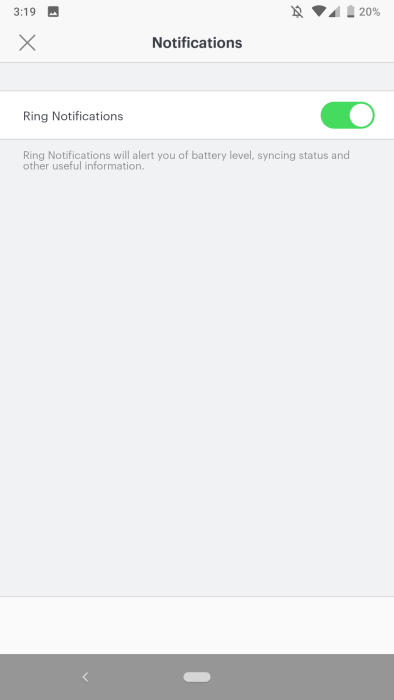 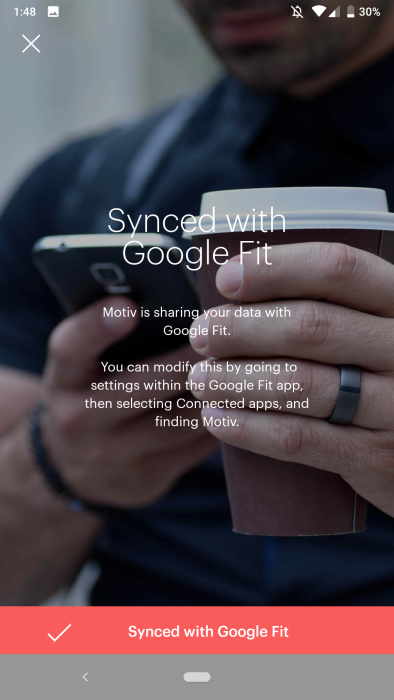 Motiv absolutely delivers on the hardware front. The company successfully infused an existing form factor with technology in a way that feels natural. The Motiv Ring delivers accurate fitness information in a package that new users might be more willing to put on.

Meanwhile, the Android experience could definitely be improved and fortunately software is updatable. A more native app would do well to improve the experience, while firmware updates to the ring will helpfully add more advanced features one day.

The sell becomes somewhat harder for users of existing fitness trackers given how even the cheap, basic offerings from Fitbit, Garmin, and others have become quite advanced with more detailed information and further analysis of health trends. I see switchers from those who have never been comfortable with the wrist form factor, but otherwise it’s something I wouldn’t immediately recommend at $199. It would be more bearable if the price dropped by a quarter, while I think the real steal for this smart ring is at $100.

The Motiv Ring is available from Motiv’s website, as well as Amazon in the U.S. and Canada.