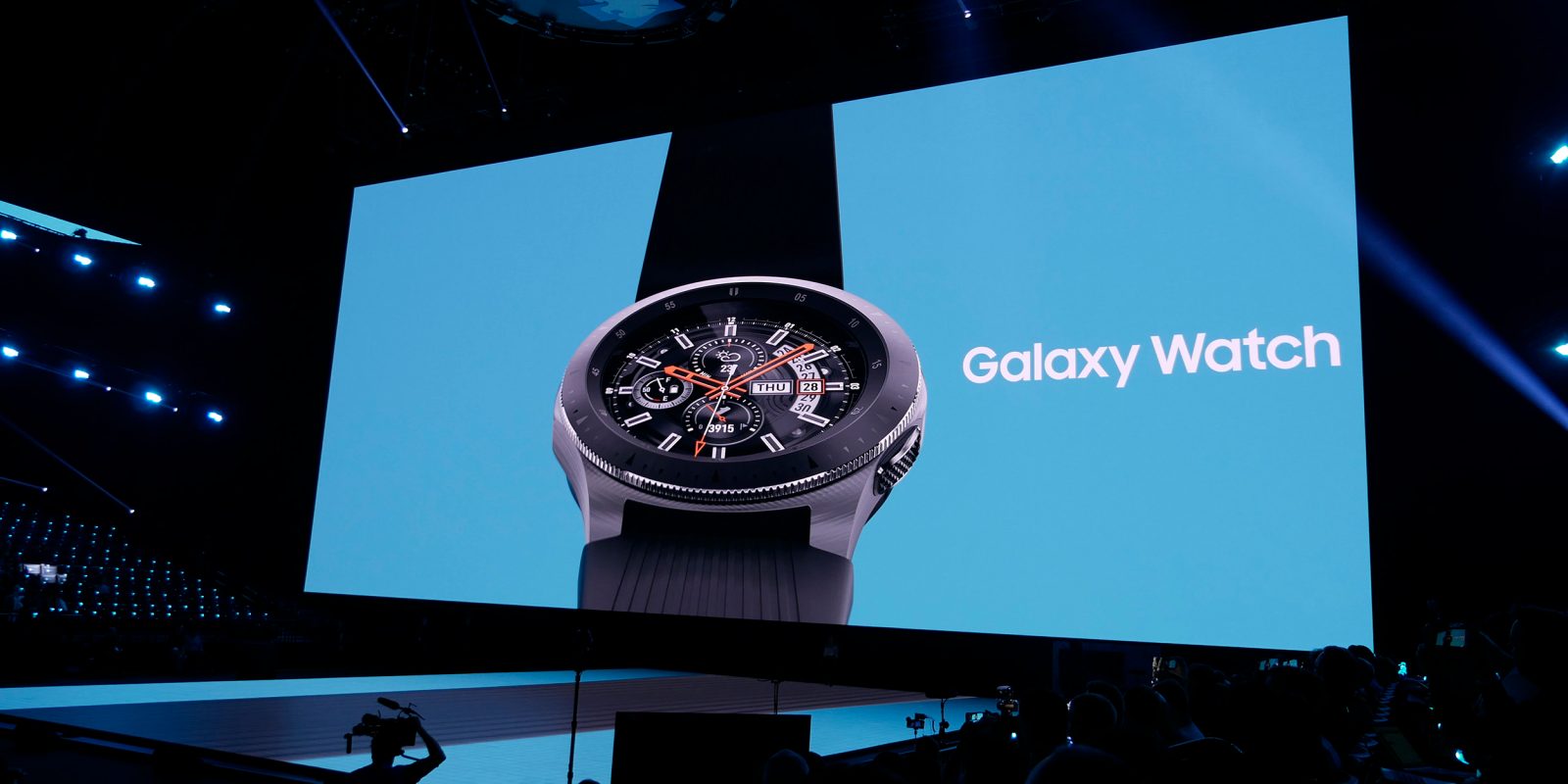 Samsung has today officially unveiled its latest smartphone, the Galaxy Note 9, at an event in New York City. While that device was certainly the center of the event, the company is also unveiling its next smartwatch…

There’s been a lot of mixed information regarding Samsung’s next smartwatch, but the watch is now official. The Galaxy Watch runs on top of Samsung’s Tizen OS and, like Samsung’s other smartwatches, it works with your phone and even standalone with LTE.

Samsung says the Galaxy Watch can last “several days” on a charge thanks to an optimized Samsung-made processor. On the smaller 42mm, that means 4 days on standard usage, and 6 days on the larger 46mm.

The Galaxy Watch also packs Samsung’s various health features, from sleep tracking to heart rate, with the Samsung Health app. The watch is, of course, water resistant as well.

From the software, the Galaxy Watch is pretty similar to the Gear S3 and Gear Sport. It does, however, add a few fun new tidbits. For one, there’s a new “My Day” watchface which aims to make it easier to use your watch to keep track of daily events. Further, Bixby is now available on the wearable, offering similar functionality to what’s on your phone.

The Galaxy Watch will also be available in two different sizes. That firstly includes a 46mm option, and also a smaller 42mm size for those with smaller wrists. Both watches also use Corning’s new DX+ glass for better durability and scratch resistance. 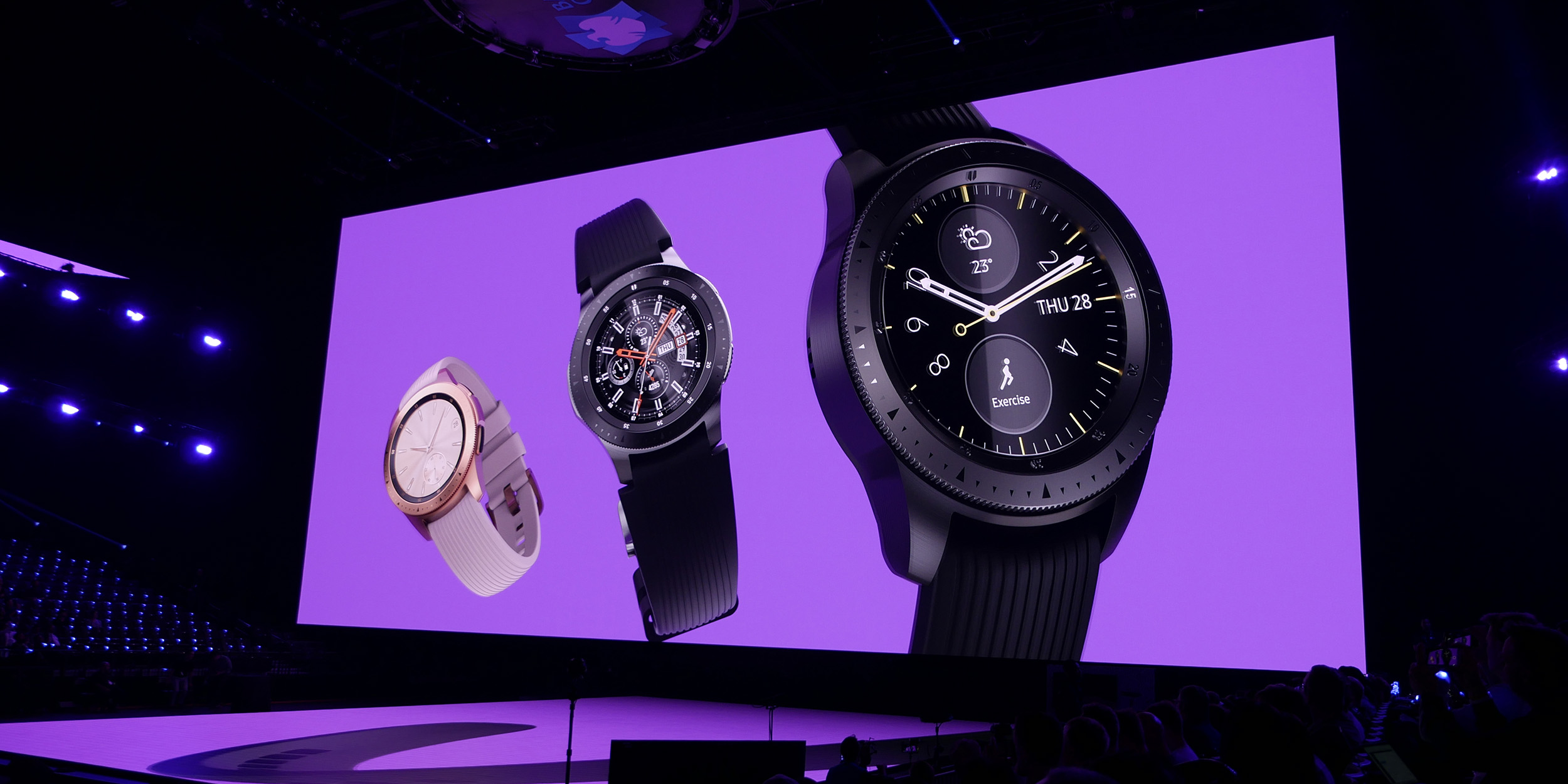 Pricing for the Galaxy Watch comes in a bit higher than the models preceding it, though. The 42mm variant will be available from $329 and the larger 46mm lands at $349. Both are available from Amazon, Best Buy, and Samsung starting on August 24th. LTE variants will land at Verizon, Sprint, and T-Mobile later this year. Pre-orders start August 10th.