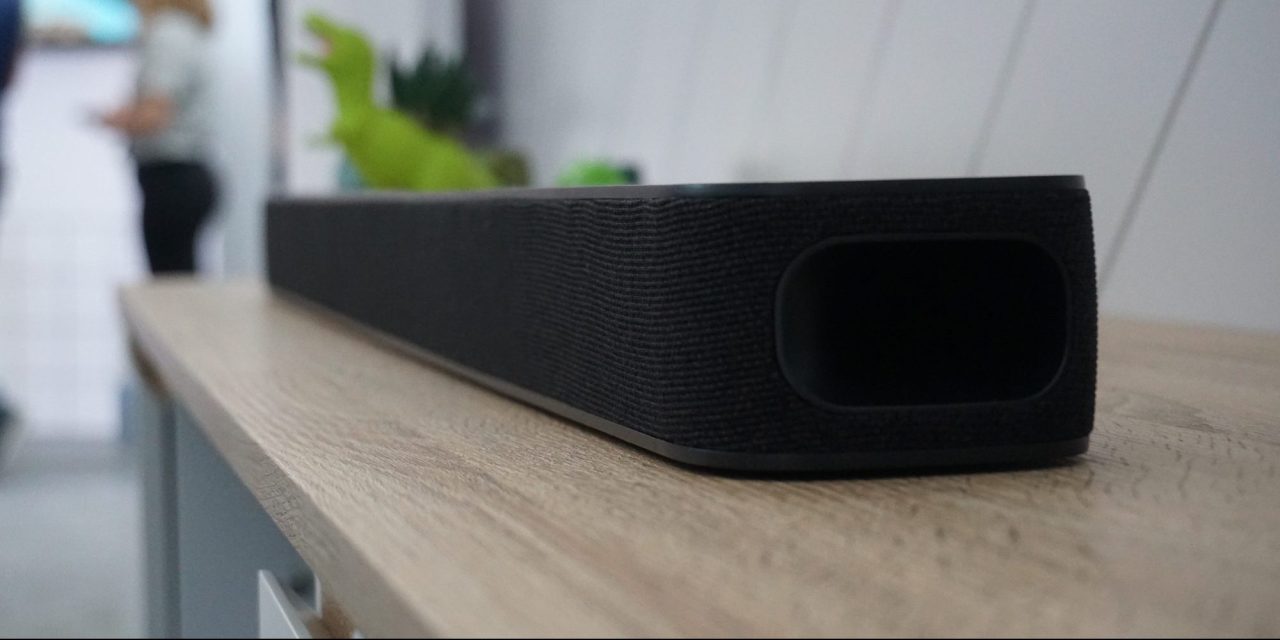 One of the most interesting hardware announcements at I/O 2018 was the JBL Link Bar. At CES 2019, JBL revealed that its hybrid Google Assistant smart speaker and Android TV set-top box is shipping this spring.

The JBL Link Bar is a new form factor for Android TV that combines Assistant smart speakers with an operating system for smart televisions. Unlike existing set-top boxes or built-in smart TV experiences, this sound bar is always running and therefore listening for the “Hey Google” hotword around the clock.

This allows for music playback, Assistant commands, and other queries without having to turn on your connected television screen. The maximum power output is rated at 100W, with one retail listing from last year noting two 0.8″ / 20 mm tweeters and four 1.7 x 3.2″ / 44 x 80 mm woofers.

Like other Assistant speakers, a “Privacy Switch” can disable the far-field microphones when needed. A Chromecast is built-in allowing for audio and video Casting from any device on your network.

Meanwhile, on the Android TV front, the JBL Link Bar will be one of the first devices to run Android 9 Pie, as noted by Google at I/O. Users can install apps from the Play Store, play games, and more cohesively control content . Supporting 4K video, there are three HDMI inputs and one HDMI ARC output for your television.

Users can switch between attached HDMI devices — including Blu-ray players and game consoles — via voice, while Google Assistant can be overlaid onscreen and take commands when using any of the other three connected devices.

Other ports include Ethernet and audio hidden in a slightly recessed alcove on the rear. Besides the mic switch, the surface of the sound bar features buttons to raise/lower volume and control paired Bluetooth devices. On the front, four dots provide a status indicator when issuing commands.

As revealed back in August, when an October ship date was expected, the JBL Link Bar costs $399.95. It will finally be available this spring along with an optional $299.95 subwoofer.