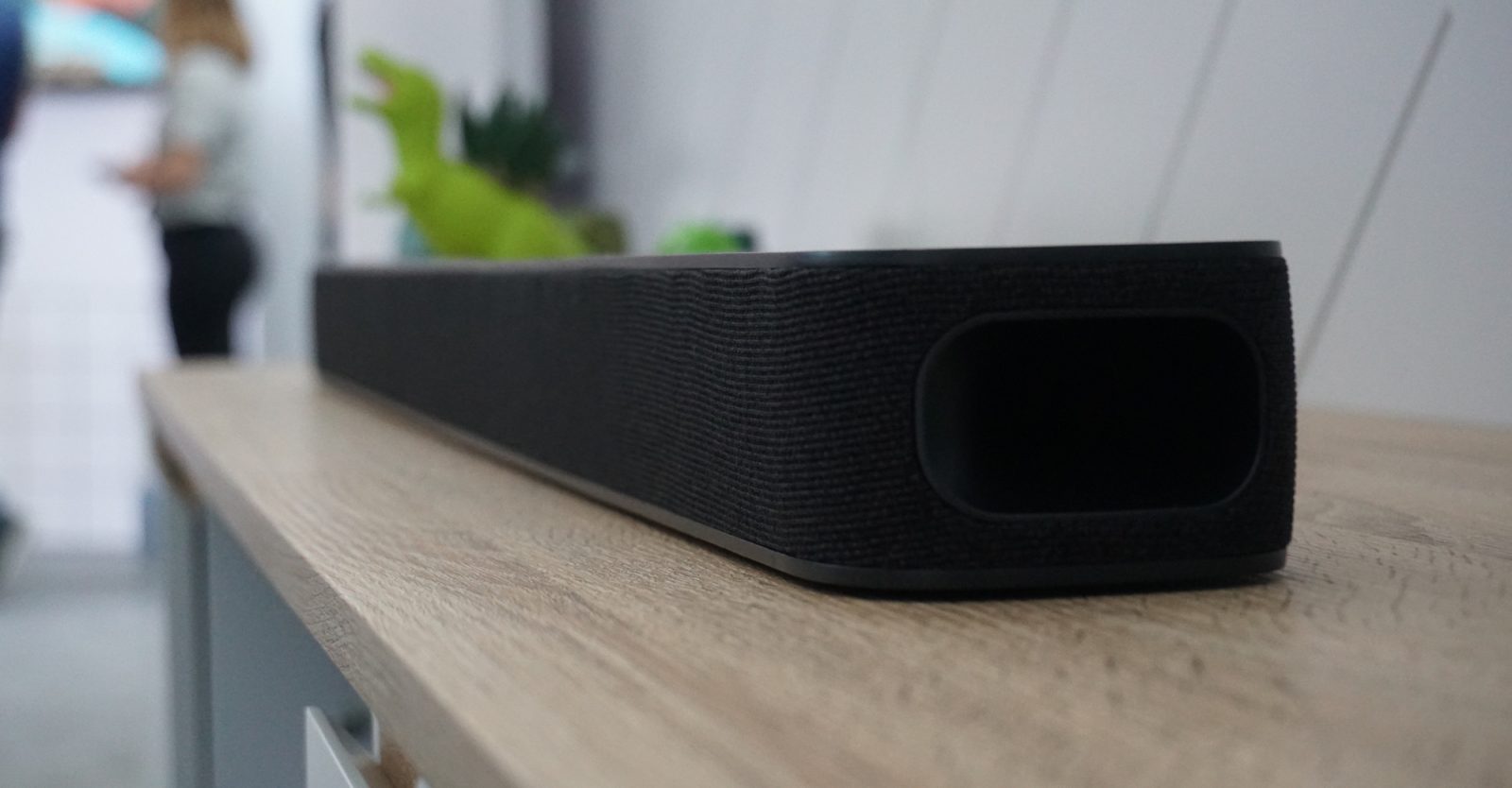 Android TV was given new life this year courtesy of a renewed focus from Google as well as plenty of new hardware. Now, JBL’s unique soundbar equipped with Android TV is available for pre-order.

The JBL Link Bar first broke cover around Google I/O in May and makes some big promises. For one, the soundbar packs Android TV built-in, giving you an all-in-one solution for your audio and set-top box. Further, it delivers Google Assistant with an always-listening, Google Home-like experience which works as a speaker on its own, but can also tie into the TV experience itself.

JBL has packed 100W of total power into this soundbar, and while it doesn’t come with a separate subwoofer, it does offer compatibility with JBL’s wireless options as an add-on. Built-in, though, you’ll have four total HDMI ports, one of which is used to interface with the TV, built-in Chromecast and Bluetooth, and both Wi-Fi and Ethernet.

We went hands-on with the JBL Link Bar back at I/O, and our own Stephen Hall had a lot of good to say about the product.

Overall, this just feels like a polished, innovative, seamless product that could almost be Google hardware. It ties together the best of Assistant speakers and Android TVs, and it introduces a new category that Google says we’ll see expanded with other devices built with similar hand-in-hand cooperation on Google’s part.

Pricing for the JBL Link Bar lands at $399 putting it in competition with the Sonos Beam, and also priced up above the Polk Audio Command Bar which packs Amazon Alexa. Personally, I think Android TV makes this well worth the premium. Pre-orders are open now from B&H Photo, and orders are expected to ship in October.