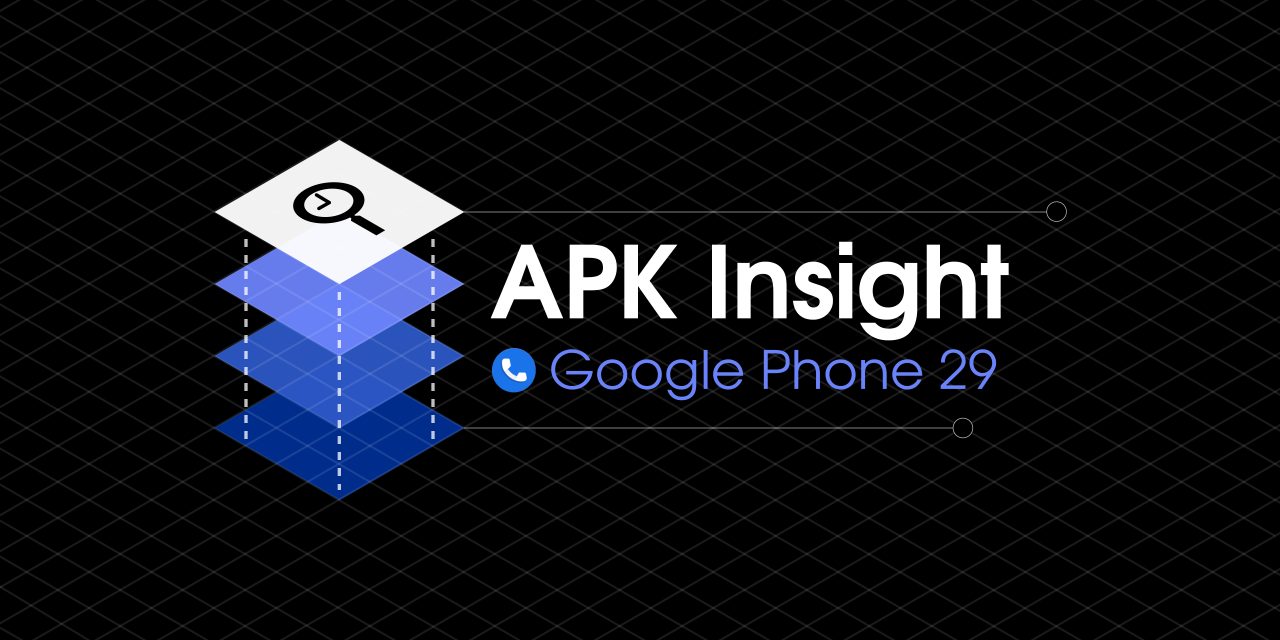 Recent updates to Google Phone have focussed on expanding Call Screen in the U.S to older Pixel devices, and introduced a dark theme. Google Phone 29 — currently in beta — more widely rolls out the real-time text (RTT) feature that we’ve been tracking for the past several releases.

After tracking for the past several releases, real-time text is now available in Google Phone and lets users communicate via text during a phone call. The feature is aimed at assisting users that are deaf, hard of hearing, have a speech disability, or “need more than voice alone.”

There is a new Accessibility menu option to “allow messaging within a voice call” that has to first be enabled in settings. Afterwards, there is a new RTT icon to turn on the feature during calls.

On the privacy front, Google notes how RTT calls are saved as a message transcript that users can access after the fact in Call details from the Recents tab. The call transcript on Pixel devices is stored locally within the Phone client and not accessible to other applications. Other advisories include:

Google Phone 29 enables RTT, but it appears to also be rolling out via a server-side update to version 28. We’ve managed to enter RTT, but so far the experience is buggy, with the recipient hearing dial tones as the caller types, or the call crashing immediately after answering.