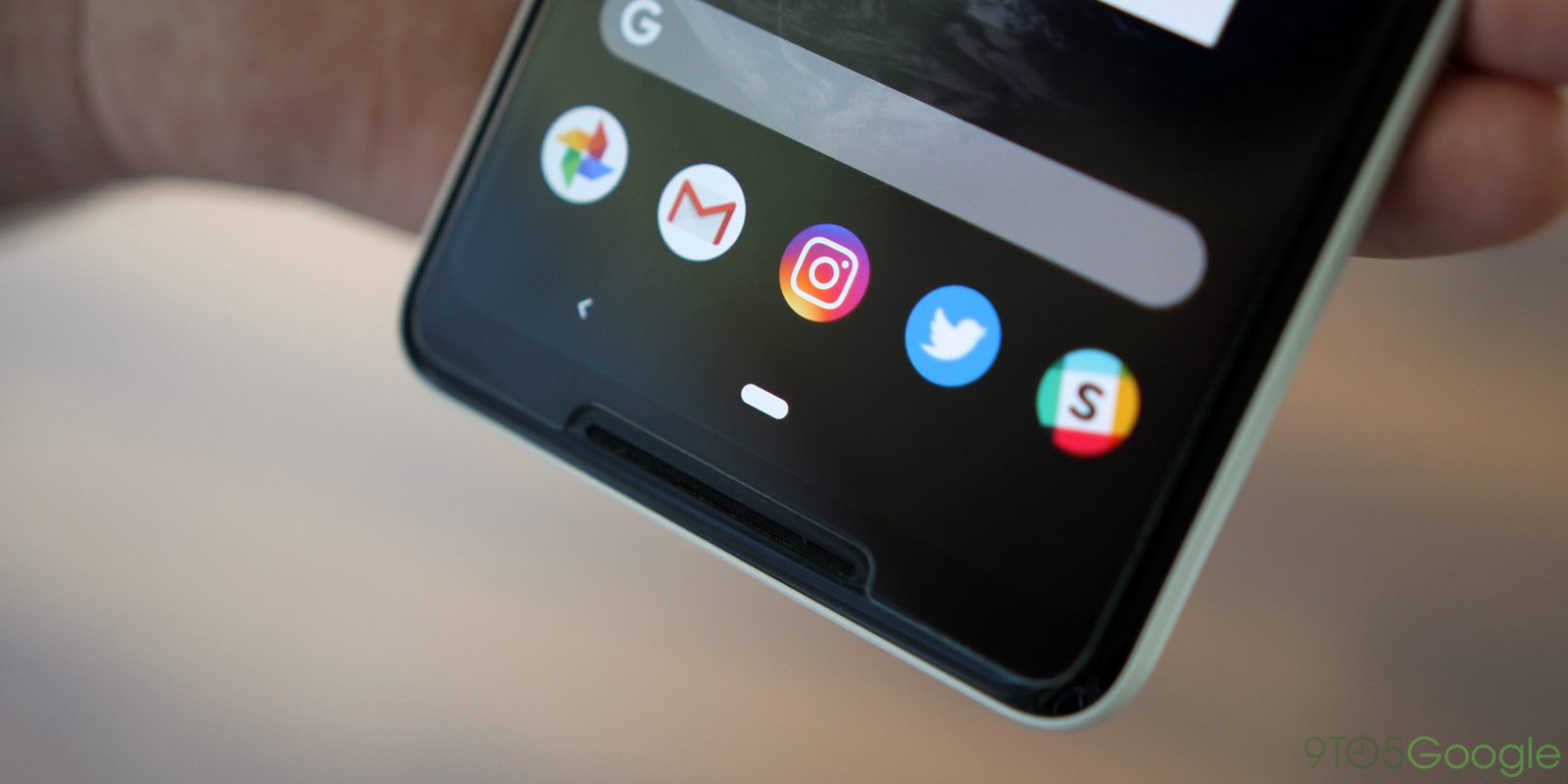 Android 9 Pie introduced a new gesture navigation system that makes heavy use of a pill-shaped icon to go home, open the app drawer, and jump into multitasking. The latter replaced the Recents button, and Google might now be testing a way to remove the back button with Android Q.

According to XDA, Google is testing two new changes to the gesture navigation system with Android 10. The most significant involves fully adopting the pill and gestures to navigate the operating system by getting rid of the “back” button.

Before Pie, Android has historically retained three buttons in the navigation bar. While home and Recents were combined, Google retained a “back” button that would only appear when needed. For example, on the homescreen, the left-facing arrow would disappear resulting in a very clean and simple look. When in an app, a thin icon would show up in its usual position.

Similar to how swiping the home pill to the right now opens Recents, XDA has enabled an experiment in their leaked build of Q where a swipe to the left will go back. The pill very quickly snaps back to the center position, with there being very little vertical movement.

The second change possibly in testing involves a smoother animation when using the quick multitasking gesture to move between your open applications.

Compared to the current implementation, this new short swipe to the right no longer take users into the full Recents menu. Rather, you are quickly moved from one app to the next via a card transition. This minimized movement does require a zoom out into the full multitasking menu, and results in an experience that feels faster and less clunky.

XDA notes that these two changes — along with how users can no longer return to the old navigation system — are still in development and could ultimately be scrapped before the first Android Q developer preview.