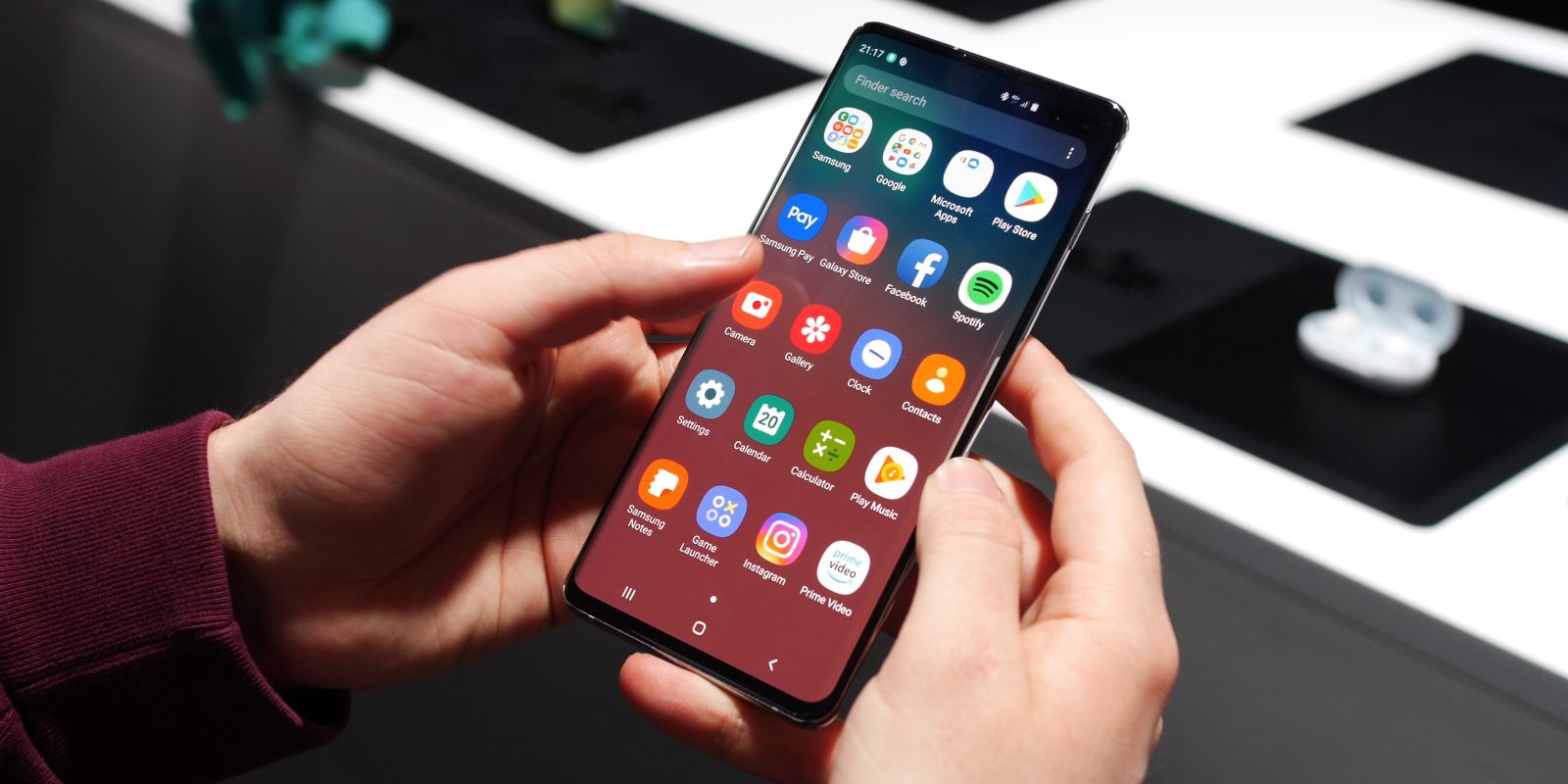 You won’t be able to get your hands on Samsung’s latest flagship smartphones until March 8th, but starting today pre-orders are officially available. Here’s where to pre-order the Samsung Galaxy S10 and S10+, and some of the best deals that go with them.

Samsung’s flagship series of smartphones are sold basically everywhere, so there’s no shortage of options on where to get your shiny new device. Options include unlocked, from the biggest carriers, and more. Generally speaking, pricing on the Galaxy S10 will be around $899 for the base 8GB/128GB model, and the S10+ will run $999 for the same tier. All Galaxy S10 and S10+ pre-orders are also eligible for a free pair of the new Galaxy Buds via Samsung’s website.

Update 2/28: It seems Samsung has run out of the free Galaxy Buds promo. The fine print previously stated that the free headphones were “while supplies” last, but even with that supply drained, Samsung isn’t leaving early buyers without a replacement. Pre-orders placed before March 7th will be eligible for a $130 gift certificate which can be applied to other Samsung products, including the full cost of a pair of Galaxy Buds.

It’s not totally clear how this affects carrier pre-orders, as most of those still show the Galaxy Buds promo on their respective listings, but it seems it will be available. The gift certificate is redeemed via the Shop Samsung app and, more than likely, it’ll still apply to carrier purchases. To be 100% sure, though, you can order carrier models via Samsung’s online store. 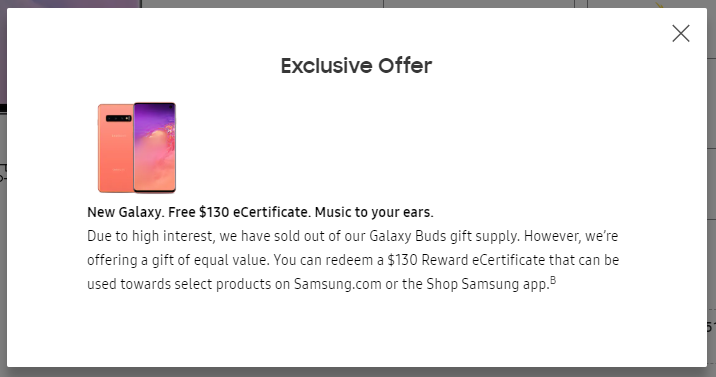 Where to pre-order the Samsung Galaxy S10e

Buying the unlocked Galaxy S10 has pros and cons. For one thing, it’ll work on any carrier you want to use it on which is great if you plan on switching down the road. However, Samsung typically leaves these devices last in line for stable software updates, even if the betas are available pretty quickly.

In any case, pricing starts at $899 for the 128GB model and goes up to $999 for the 512GB model. Both are available with Samsung’s free Galaxy Buds promo if you put in your order before March 7th.

The nation’s most popular carrier, Verizon, is, of course, offering both Galaxy S10 models, and it’ll even offer the 5G version in the coming months. For now, though, the Galaxy S10 starts at $37.49/month on Verizon’s payment plans. The S10+ jumps that up to $41.66/month, and of course you’ll spend a bit extra for going to the 512GB storage versions. The 1TB Galaxy S10+ goes for $66.66/month.

As for perks, Verizon is throwing in the same free pair of Galaxy Buds with orders before March 7th. On top of that, the carrier offers a free Galaxy S10e or $750 towards another Galaxy S10 or S10+ with new lines. Cases are also 25% off through March 7th. Verizon offers the White, Black, Blue, Flamingo Pink, and Ceramic White and Black versions of the S10/S10+.

AT&T is also offering some great perks for interested Galaxy S10 buyers. These include the Galaxy Buds promo, a BOGO deal that offers up to $1,000 of bill credits for new customers, as well as a discounted Galaxy Tab S4. 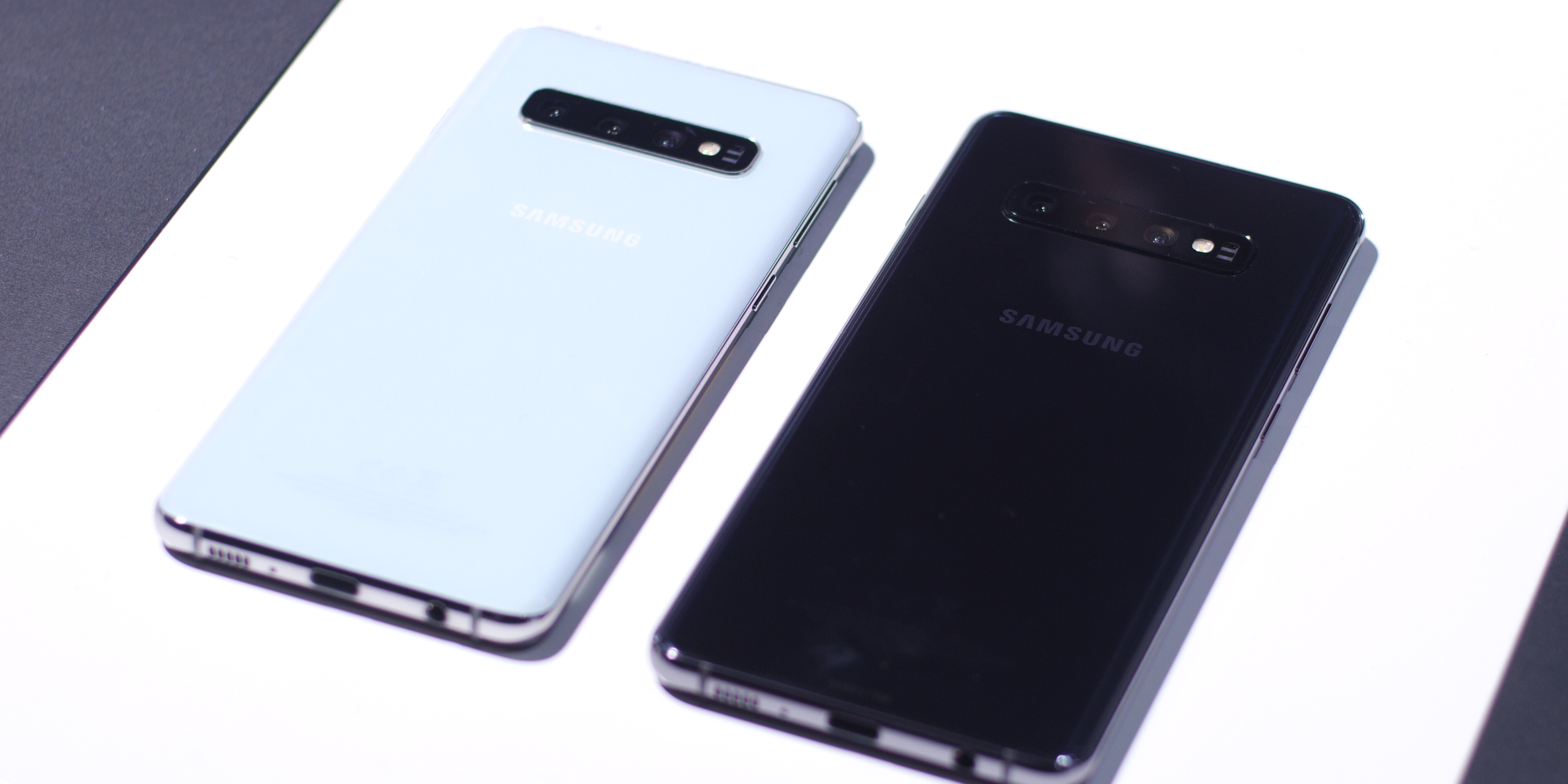 With T-Mobile, you can get the same great Galaxy S10 models as you would anywhere else, but it’s worth noting that you’ll pay the most down here. The Galaxy S10, for instance, requires a down payment of at least $99 for an S10 and $199 for an S10+. From that point, you’ll be paying just $22.23/month regardless of the model you buy.

You’ll be able to get your free pair of Galaxy Buds with the T-Mobile purchase as well, but the carrier is also offering up to $390 off the phone with a trade-in or when you add a new line.

Of course, the big three US carriers aren’t the only place you’ll be able to get the Galaxy S10. Here are a few more options and, yes, they’re all still eligible for the free Galaxy Buds.