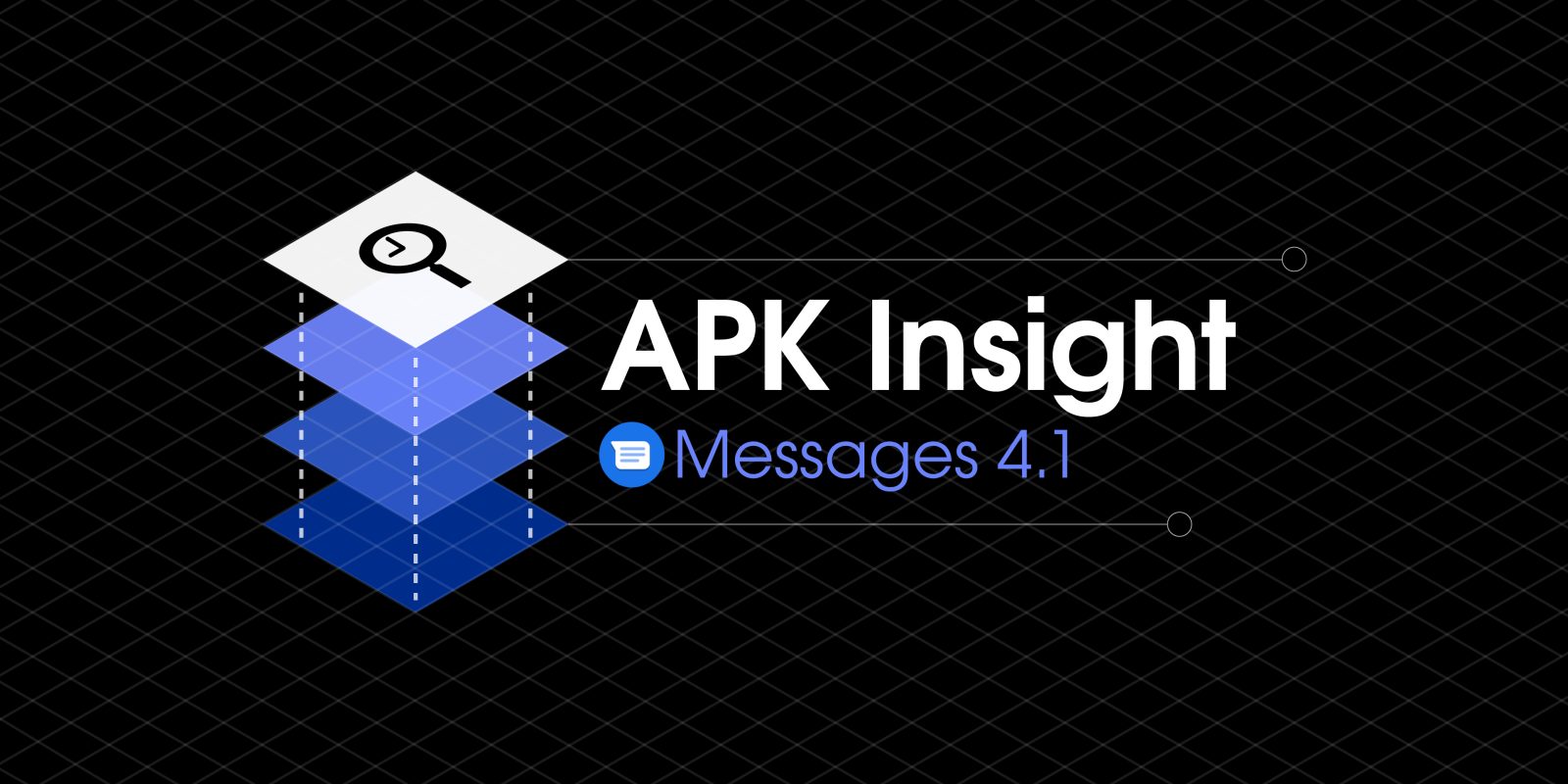 Ahead of Google Allo shutting down tomorrow, the latest version of Messages is rolling out today by laying the groundwork for Google Assistant. Messages 4.1 prepares for the Assistant features first shown off at MWC last month. Meanwhile, “smart suggestions” are already live with this release.

At MWC 2019, Google announced that Assistant is coming to Messages and detailed how it would work within a conversation. Messages 4.1 prepares for this feature with introductory text describing how users can “get info about movies, restaurants, and more.”

The feature leverages on-device machine learning to surface prompts on what users might want to search for, with the general idea to “Get info with a tap” thanks to suggestion pills that appear at the bottom of the screen.

<string name=”assistant_suggestions_tooltip_text”>”Use the Google Assistant to get info about movies, restaurants, and more. Configure suggestions in “<u>Settings</u></string>

Meanwhile, Messages 4.1 prepares for a new menu in settings to support Assistant. A variant of it is already live today, but currently named “Smart Reply & suggestions” — more on that below. Like with Smart Reply, users will likely have the option to enable/disable Google Assistant. It also notes that the feature works on-device, with the menu likely renamed to just “Assistant & suggestions” when live.

<string name=”smarts_preference_info_text_ondevice_with_assistant”>Assistant suggestions, Smart Reply and suggested actions are visible only to you until you tap and share. &lt;br/&gt; &lt;br/&gt; Suggestions vary based on your conversation, and are generated on-device. &lt;a href&gt;Learn more&lt;/a&gt;</string>

In Messages 4.1, the Smart Reply menu has been expanded to include “Suggested actions” that are available today. The latter category includes prompts to automatically share your location when contextually appropriate in a conversation, and the ability to disable the feature. This new view retains the setting to turn off Smart Reply, and conveniently adds examples of the two AI-backed features in action. 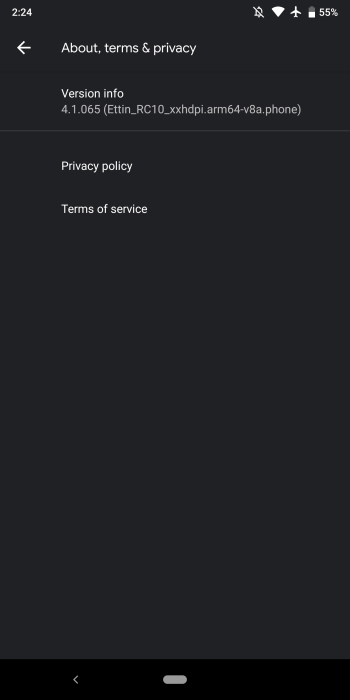 Messages 4.1 is rolling out now via the Play Store. We do not post APKs to download directly given the legal challenges associated with copyright and possibility of removal. Meanwhile, that model is perilous given Android App Bundles and Google Play’s Dynamic Delivery.