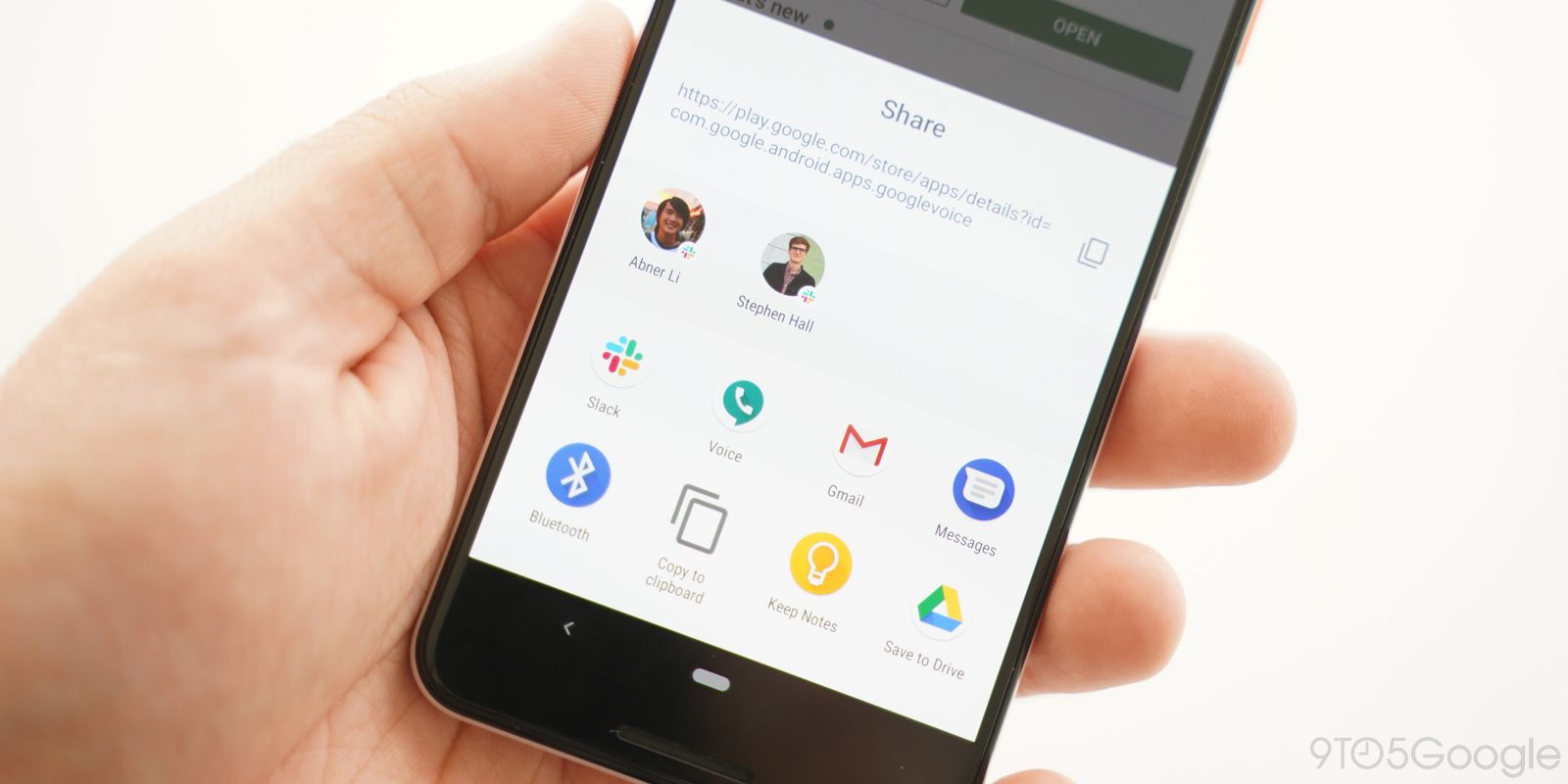 One of the biggest gripes I’ve had about Android over the years is just how slow the sharing menu is. Not long ago, Google mentioned that fixing the menu was a “big job,” but a priority for the company. Now, the first beta for Android Q is delivering a whole new sharing menu which is both faster, and a bit more useful too.

The first big change you’ll see in the Android Q sharing menu is just how fast it is compared to previous versions of the OS. Even with plenty of apps installed, the menu loads up easily twice as fast as the one on Android Pie. It’s a very welcome improvement from that aspect alone.

Google also detailed further in the original Android Q blog post how the update changes the sharing menu. Google has added a new “Sharing Shortcuts” API to Android Q which allows apps to send the sharing information over to the menu before a user goes to share something, allowing the menu itself to still load immediately.

Developers can publish share targets that launch a specific activity in their apps with content attached, and these are shown to users in the share UI. Because they’re published in advance, the share UI can load instantly when launched.

The new Sharing Shortcuts will replace Direct Share going forward, but the APIs will be backward compatible. Previous versions of Android will continue using Direct Share, but developers will need to update their apps to take advantage of Sharing Shortcuts on Q. The ShortcutInfo API allows for both features to be integrated into an app.