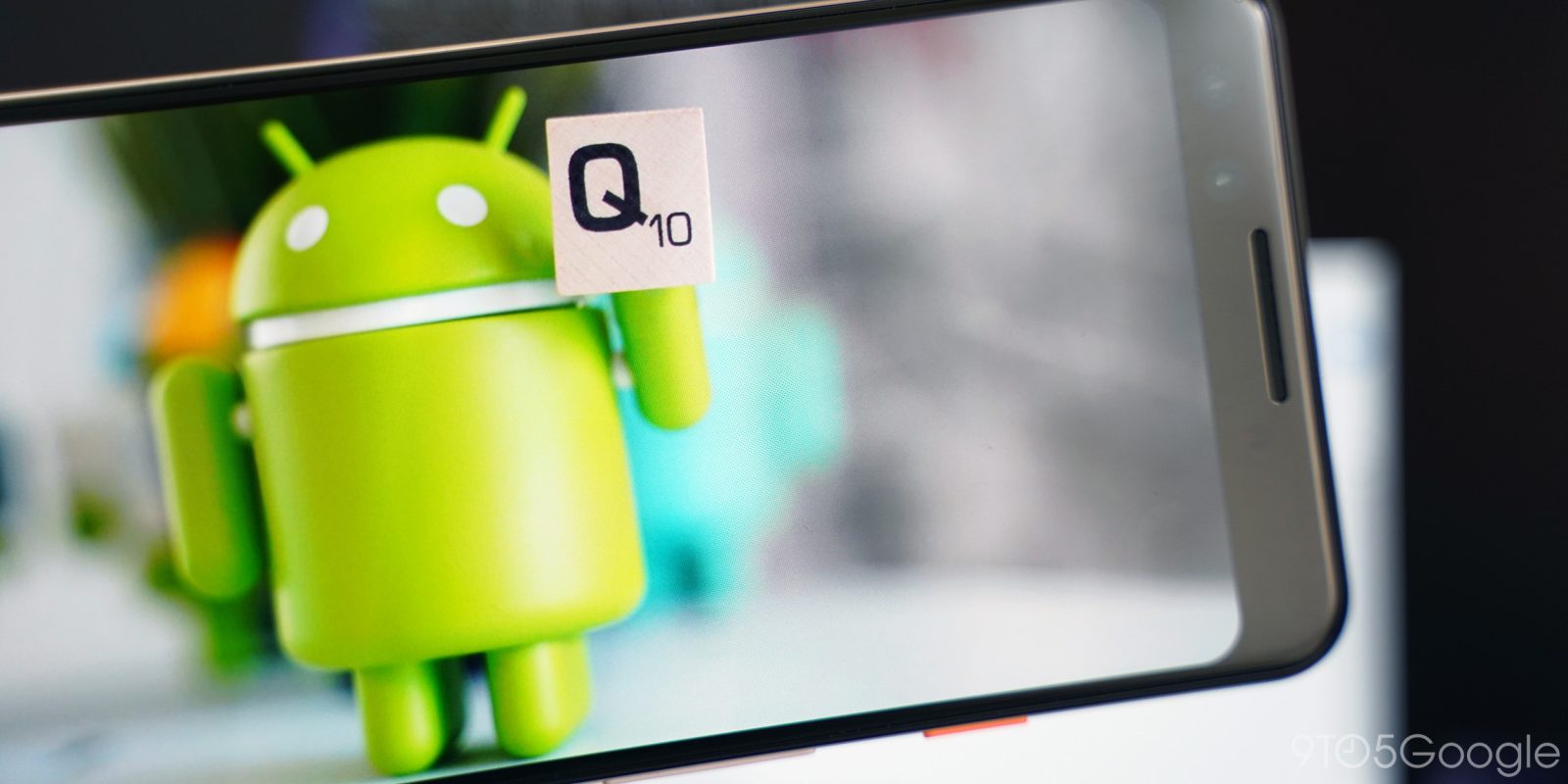 Google announced the Android Q Beta this afternoon and it’s shaping up to be a big release even in its early form. There are already a number of functional and visual changes. We’re enrolling in the Beta Program and sideloading the OTAs right now to explore them all, but in the meantime, catch up on all the new features for apps and developers with our updating (reverse chronological) list below.

As we dive into Android Q Beta 1 over the coming days, we’ll post new features and other changes that we find. (The newest updates will be at top of this list. Be sure to check back often.) Google will release six betas over the coming months before the consumer launch in Q3 2019 to Pixel and other devices.

If you want to quickly install the Android Q Beta on your compatible Pixel, Pixel XL, Pixel 2, Pixel 2 XL, Pixel 3, or Pixel 3 XL, be sure to check out our step-by-step guide.

Android Q experimenting with chat head ‘bubbles’ for all notifications 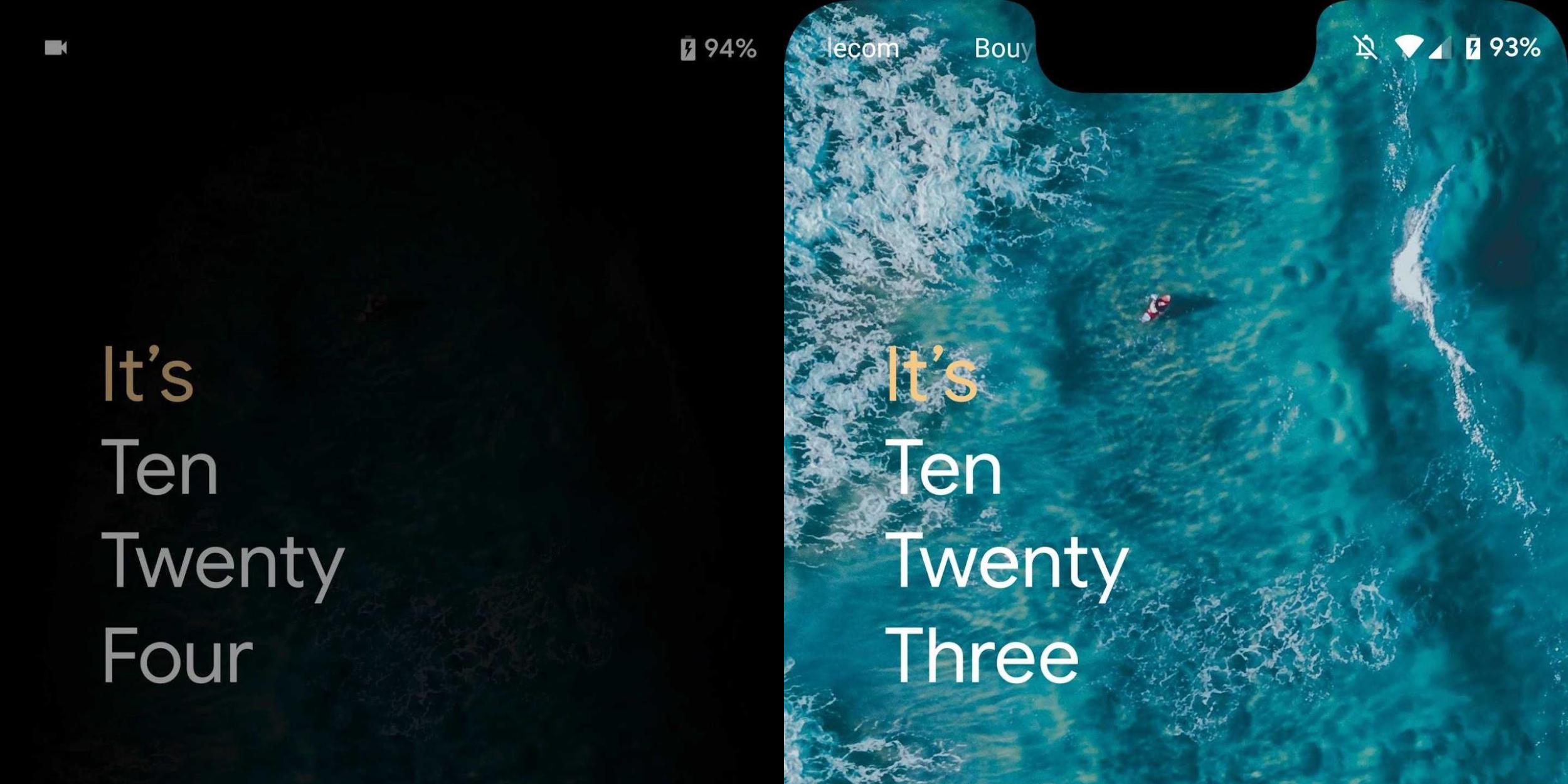 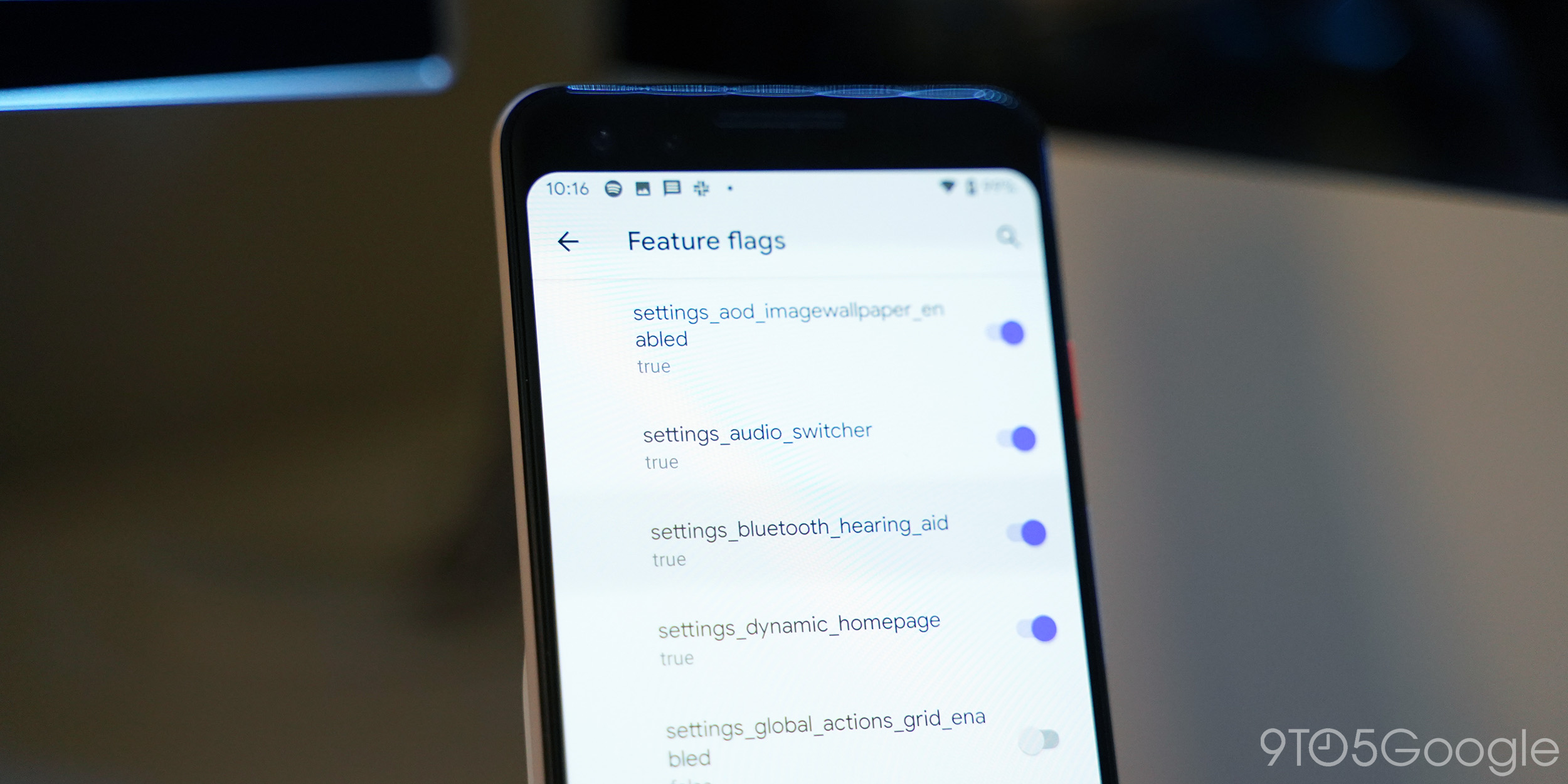 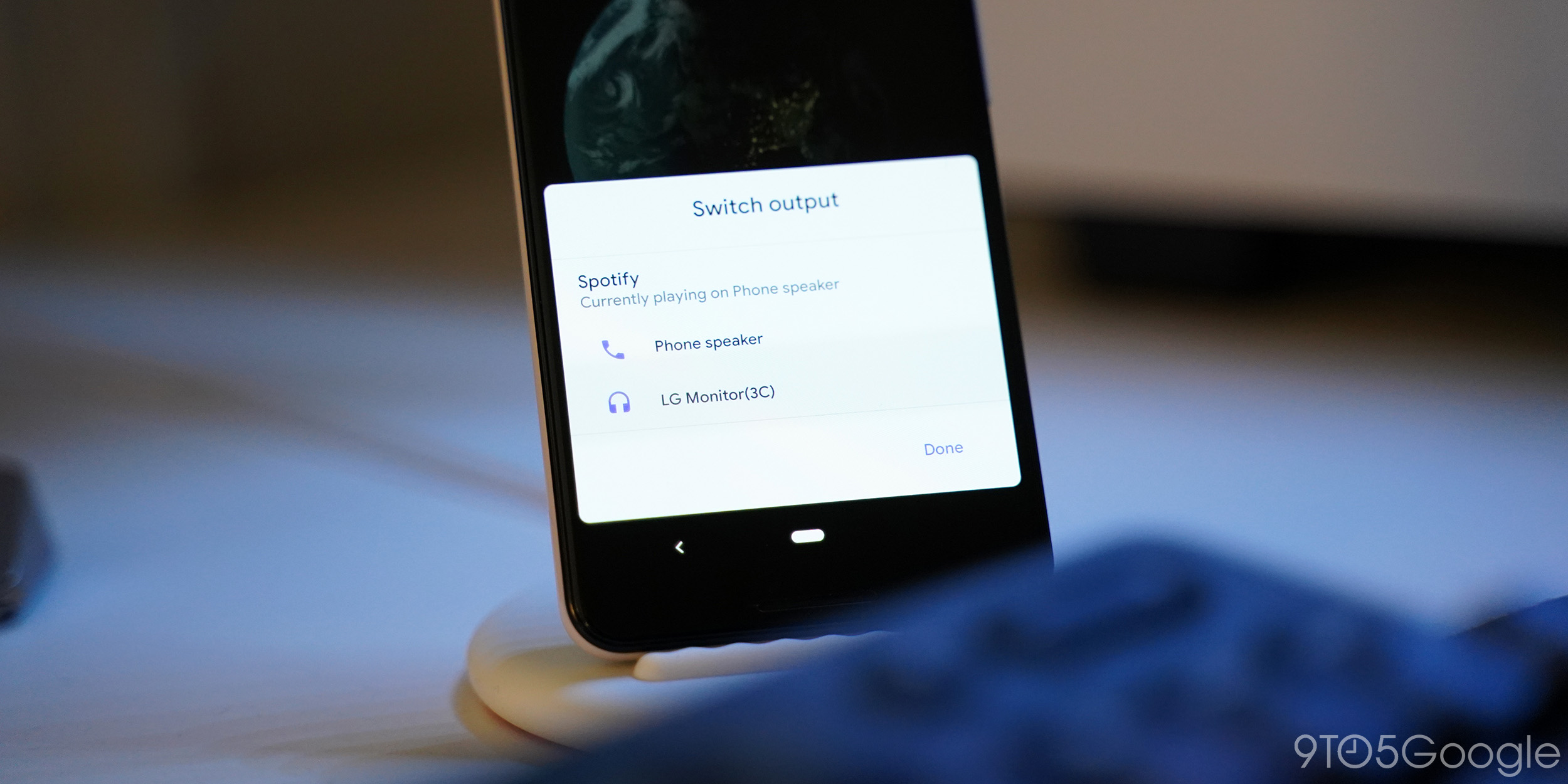 In addition to the Battery Saver turning on a user-set percentage, Android Q introduces a “Based on your routine” option. “If your battery is likely to run out before your next typical charge,” it will automatically enable the mode. 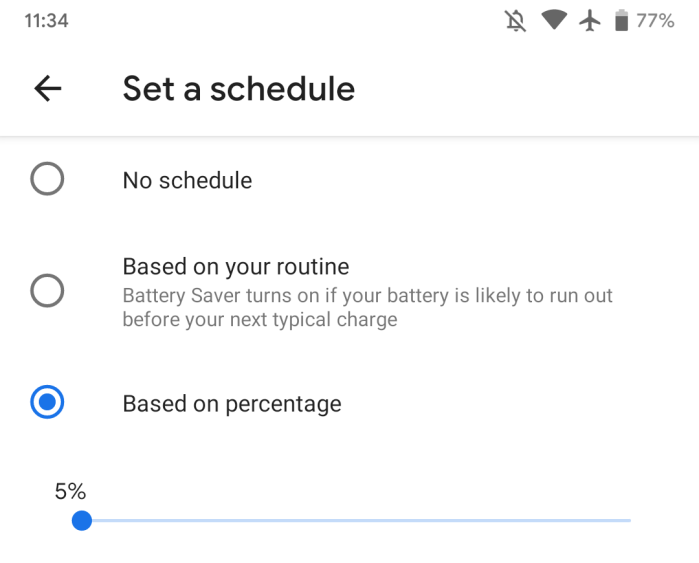 Instead of a full-width bar to select date periods, Android Q makes use of a pill-shaped menu in the data usage page on Android Q.

In addition to the changed notification swipe direction, there is a new “Hide silent notification status icons” option in settings. Working in conjunction with the new long-tap option to have notifications “Show silently,” is the ability to not have those icons even appear in the status bar. Alerts still show up when the shade is drawn, but lower on the list. 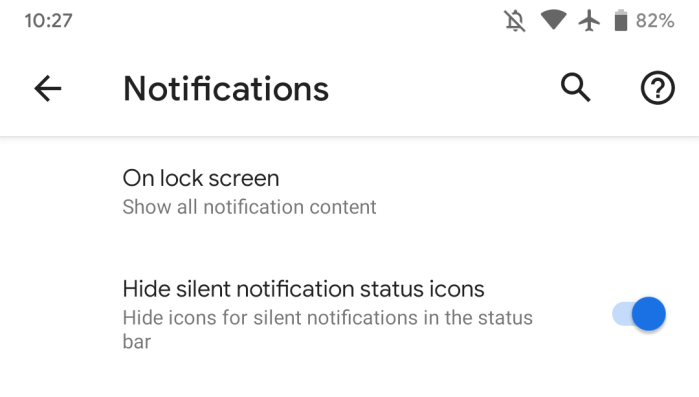 As suggested by AOSP commits last year, Android Beam is no longer available in Android Q. The NFC mechanism for transferring links and other contents by physically tapping devices together is hardly used in the modern era. The “Connection preferences” menu (under Settings > Connected devices) in Q removes the Android Beam toggle.

Long-pressing on the Power menu reveals a new “Emergency” shortcut that provides quicker access to any information, like blood type or medication, that you’ve entered for first responders. It is still accessible through the old cumbersome process of first swiping up to the keypad on the lockscreen and then tapping “Emergency.” This opens the dialer where “Emergency information” is available at the top. 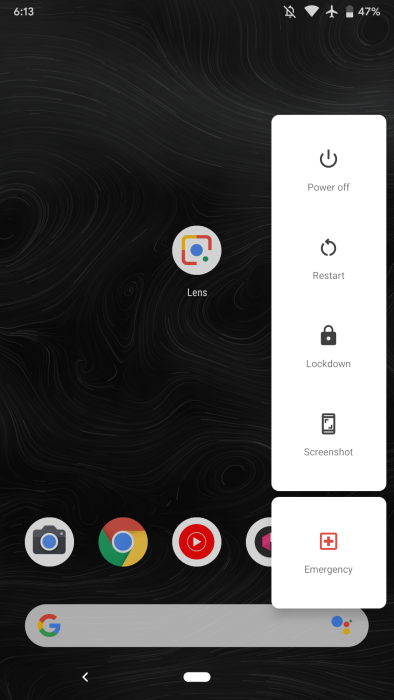 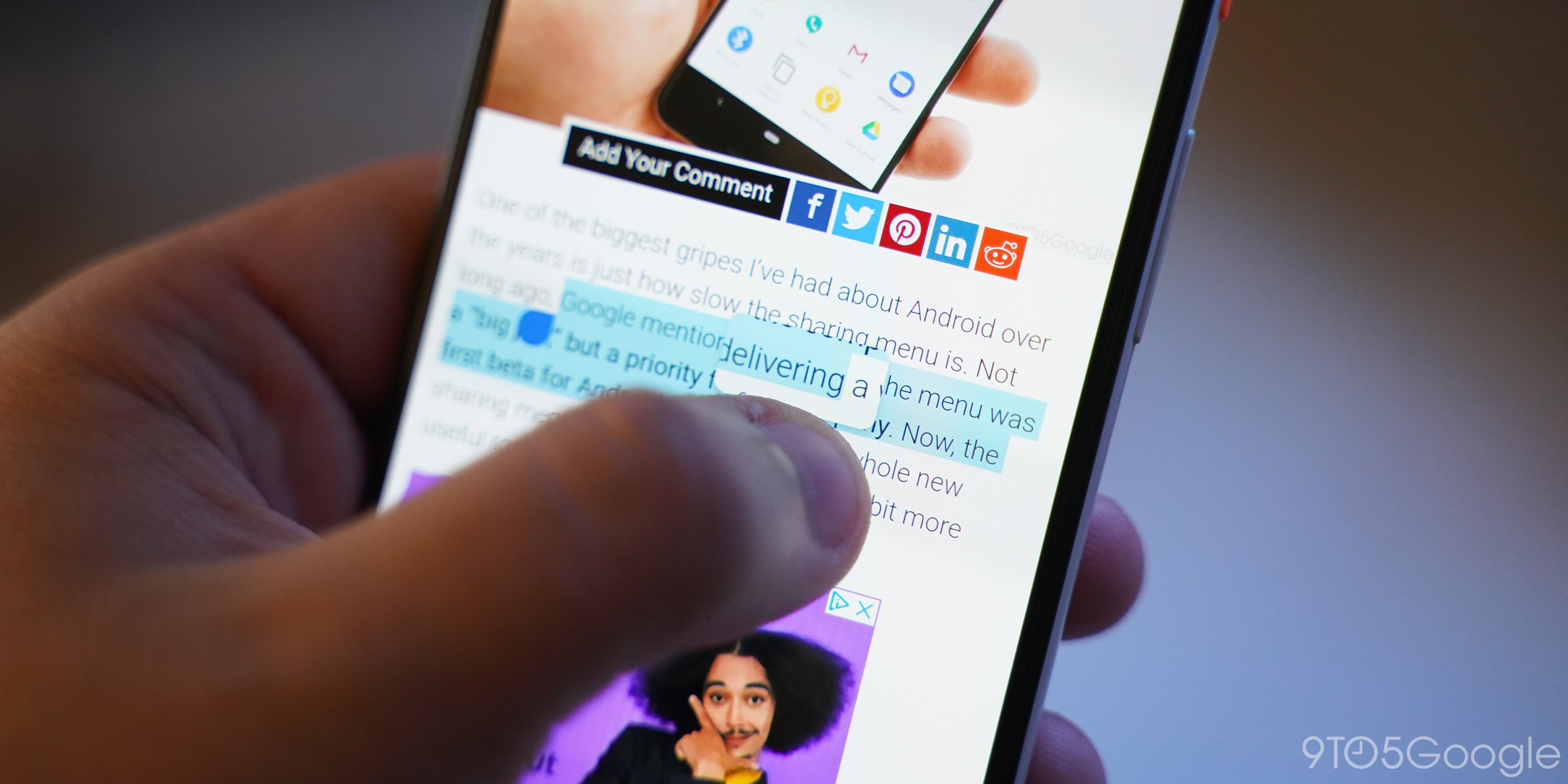 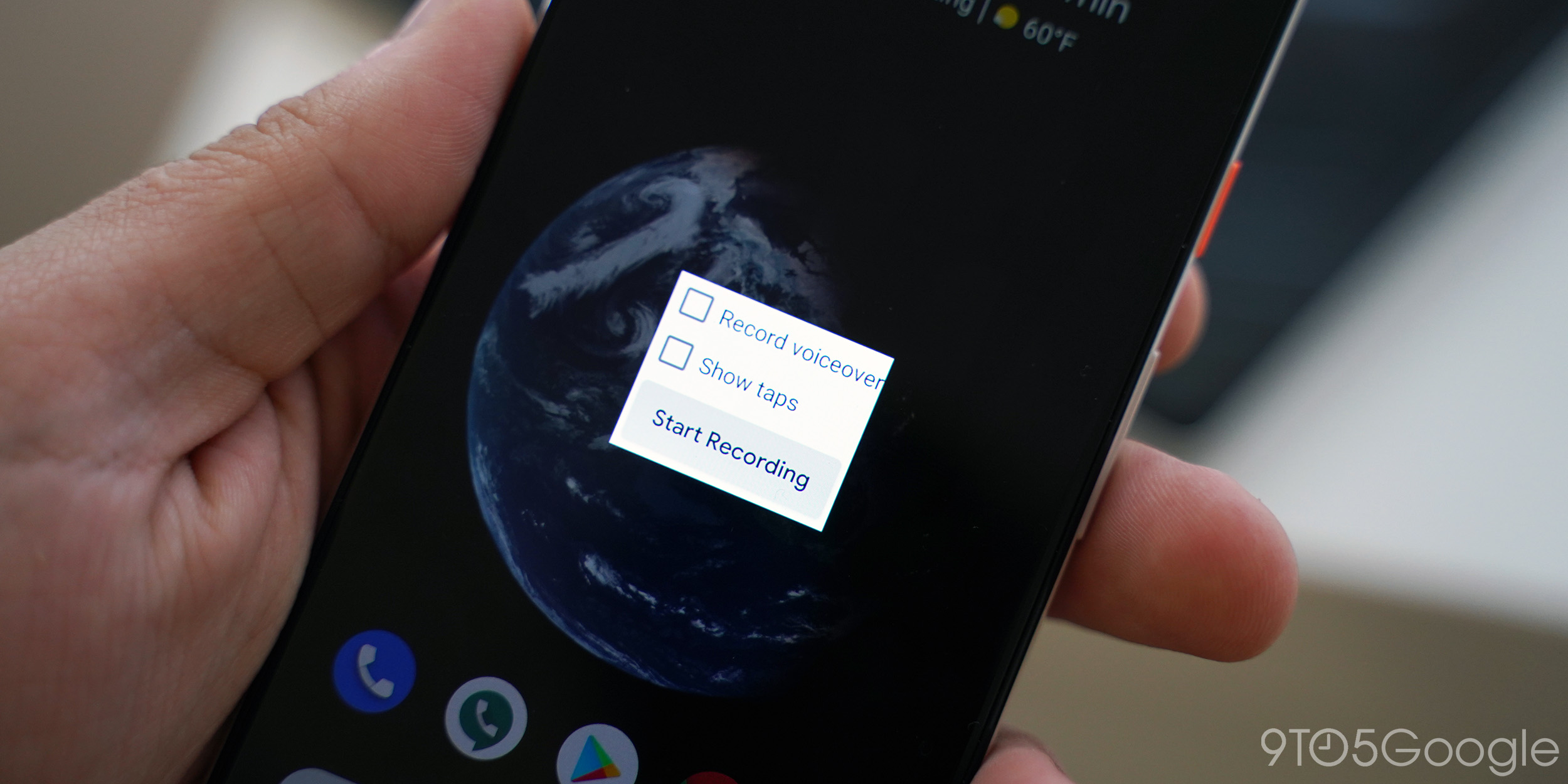 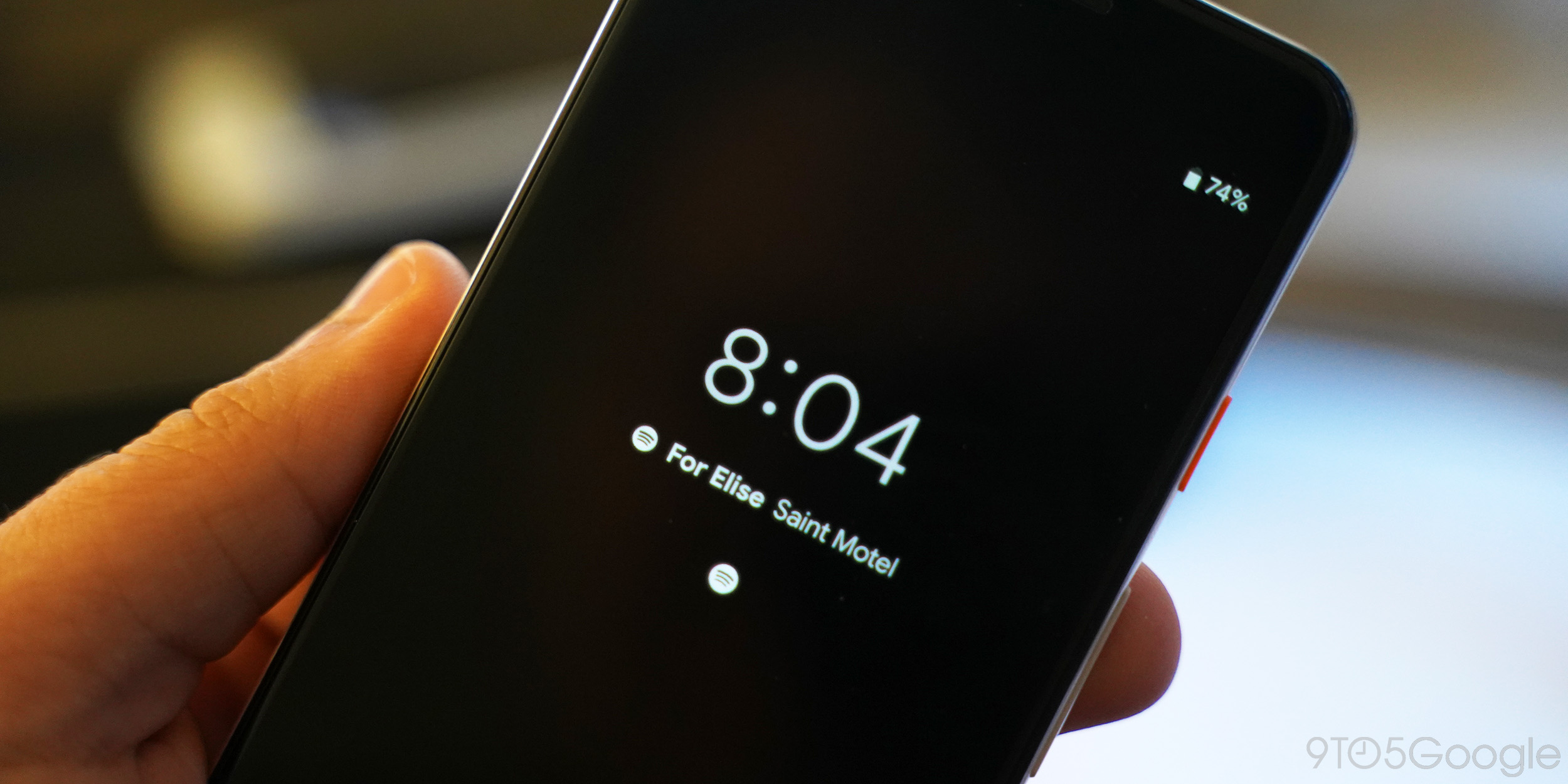 “Uninstall” and “Force stop” shortcuts from Pie are joined by an “Open” button in Android Q. All three feature icons that are more descriptive, while “Memory” usage has been removed from the “App info” page.

Android Q also displays the number of notifications an app receives — down to the specific notification channel —  right from the App info page. Digital Wellbeing already has this information, but it’s now more thoroughly integrated into system Settings.

When entering your passcode, the enter key is no longer a simple check mark icon that matches the keypad. Rather, it is blue and more inline with the Material Theme.

A toast message now appears to confirm the removal of a widget or app icon from the homescreen. More importantly users can now “Undo” that action and return the item to its original placement. (Thanks Jondan) 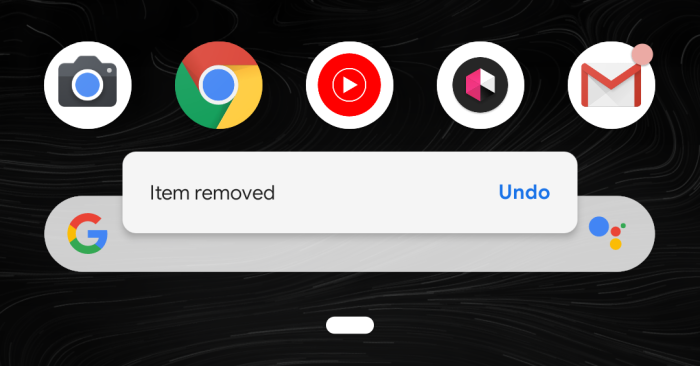 A new accessibility option in Android Q called “Time to read” lets users “choose how much time you want to read and take action on messages that automatically go away.” Increments range from 10 seconds to 2 minutes and gives users more time to read alerts. Google notes that support for this setting is up to each app. 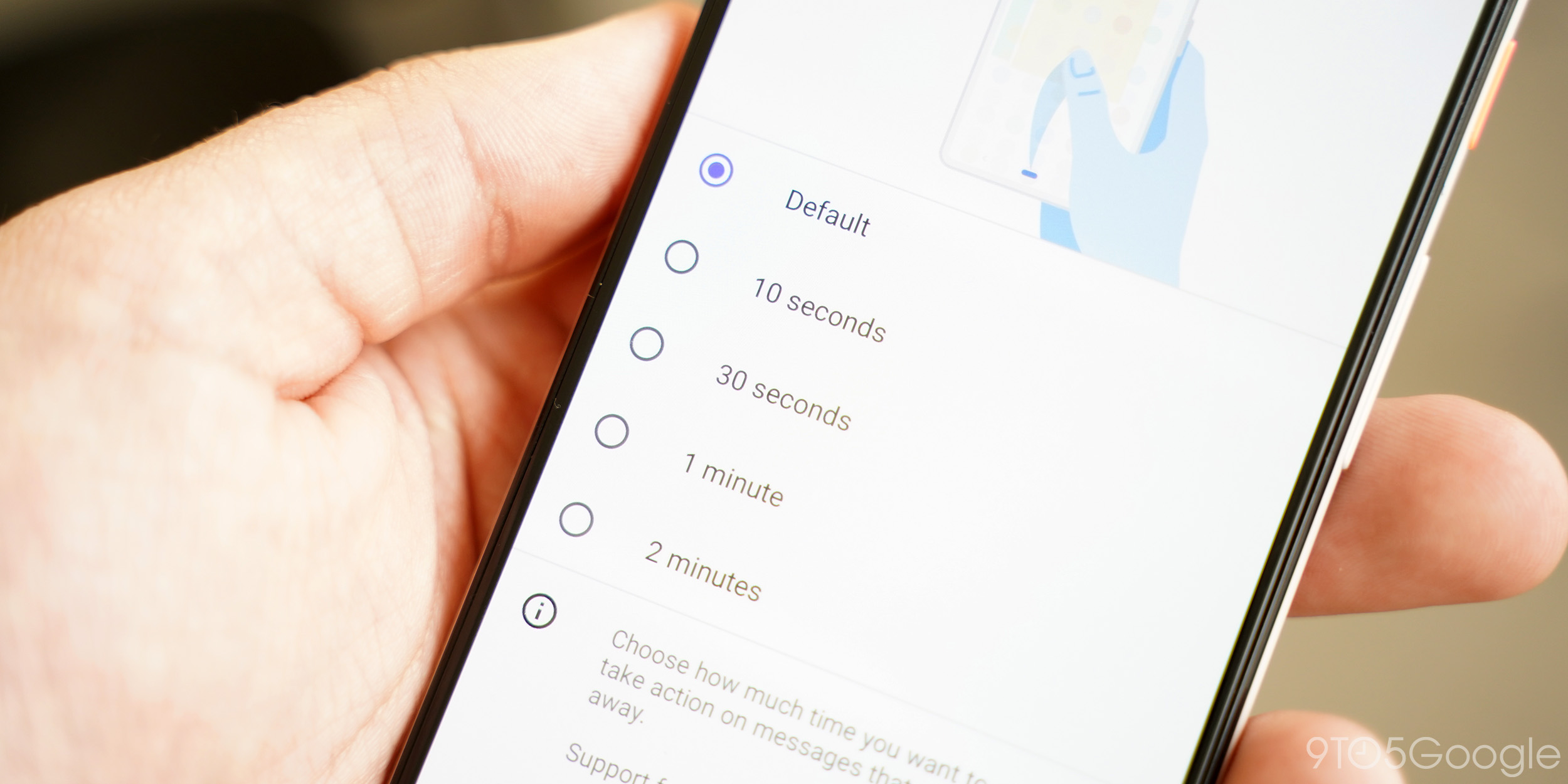 When sideloading an APK, Android no longer opens a fullscreen interface. Android Q features a new pop-up that conveys the same warning, progress bar, and controls. (Via Dylan) 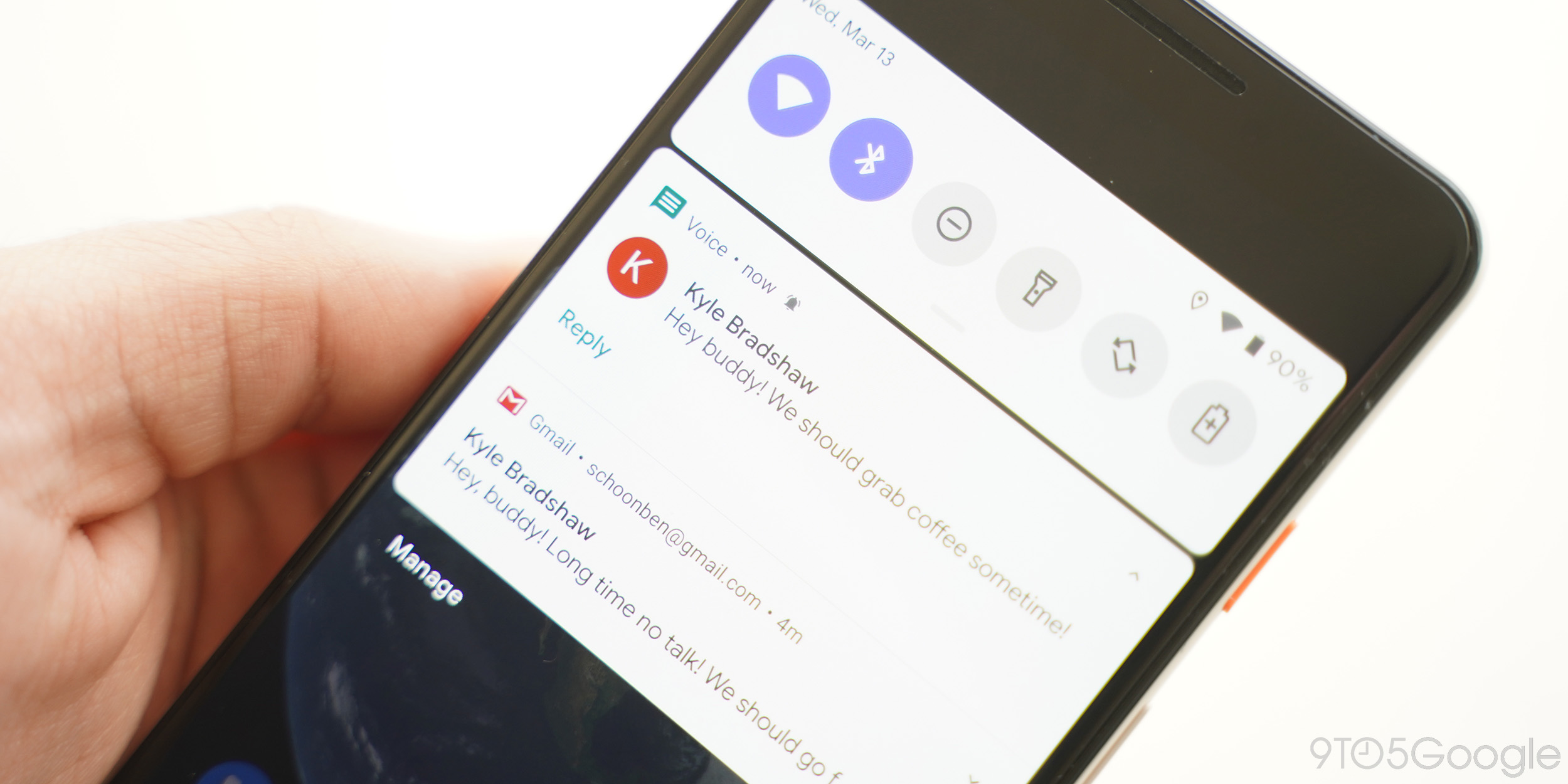 Wi-Fi gets ‘Easy Connect’ with QR code sharing and setup 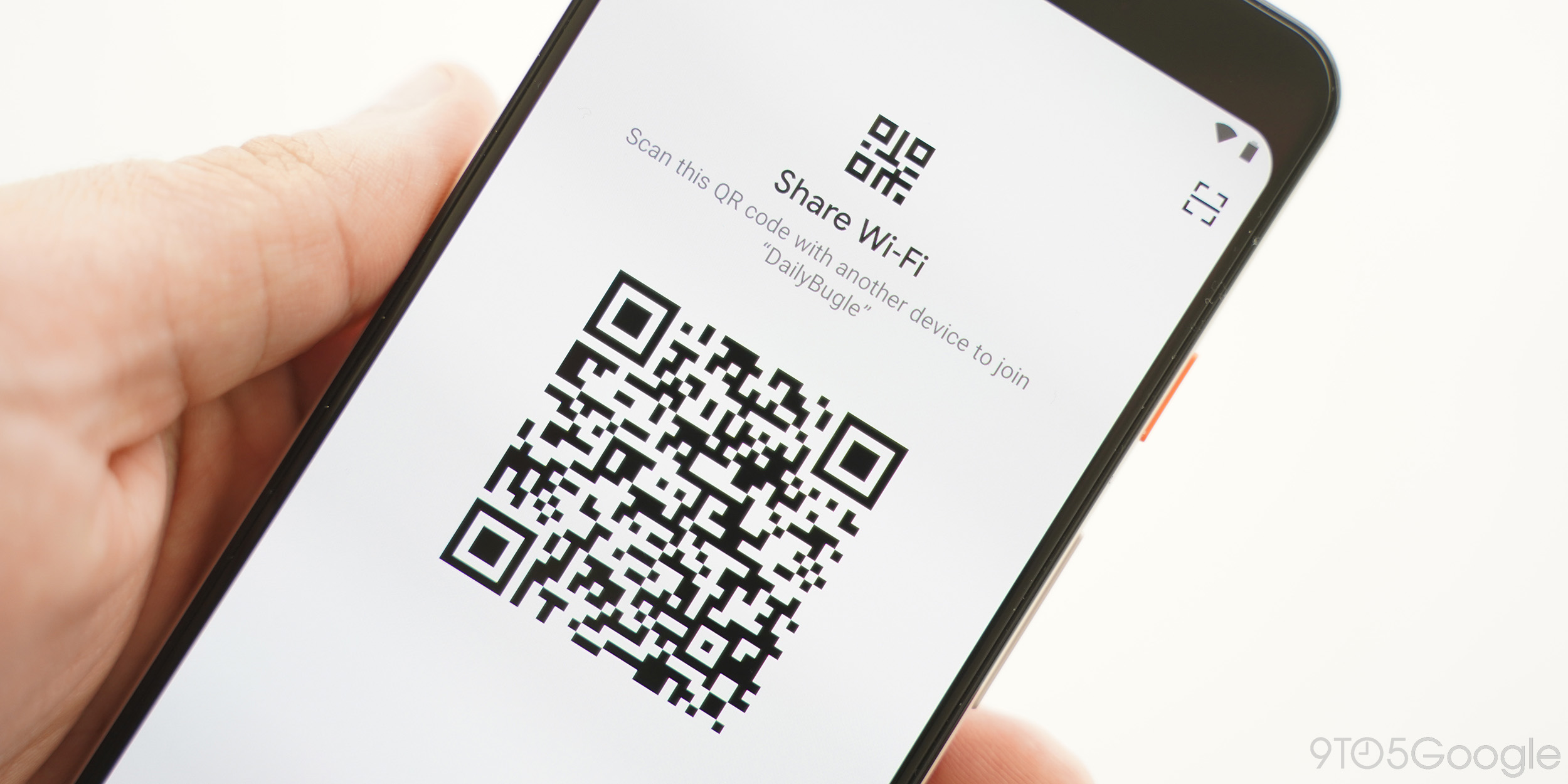 Not to be confused with theming, but Android Q removes the “Device theme” option in Display settings. However, users who updated to today’s Beta from Pie with ‘dark’ enabled have retained the look. The dark mode is now system-wide — primarily notification backgrounds — and is enabled with the battery saver.

Also getting the Material Theme treatment is the Files app, which is currently not loading content in Downloads. Gone is the blue app bar and in is a white revamp with content pickers above. The navigation drawer is still leveraged with new rounded selection indicators. Material Theme icons are also used throughout to denote file types.

When opening the file picker from another app, users now have the option to preview and expand an image. There is also a carousel in the Recent view to “Browse files in other apps.”

The Google Wallpapers app has been tweaked with some Material Theme elements when selecting a background. The “Set wallpaper” button is now in the bottom-right corner, while an “Explore” button is on the other side. All text and descriptions on this screen are now centered.

As noted below “Change icon shape” have been removed from the Pixel Launcher’s Home settings to Developer options. In its literal place is a new development feature to “Share Event Database” of: “Launched App Package Name,” “App Launch Time,” “Semantic Place (e.g. Cafe, Airport) when app is launched,” and “Lat&Lng when an app is launched.”

This data is being used for “offline testing,” though it’s not clear whether this is referring to a no data mode or some other scenario. This will likely be removed before a public launch.

Google announced Sharing shortcuts earlier to let developers “share targets that launch a specific activity in their apps with content attached.” That feature should begin appearing when third-parties add support, but in the meantime, Google has tweaked the pane by centering “Share” at the top and allowing direct sharing. For example, when users open the system Share menu in Chrome, the URL is already noted with a convenient copy shortcut. It also works with copied text from any Share menu.

Check out our full spotlight on Sharing.

At the bottom of the Developer Options menu is a “Theming” section where users can customize Accent color, Headline / Body font, and Icon shape. Varriants for Accent include Device default (blue on the Pixel), black, green, and purple. The font choice is between Google Sans and Noto Serif / Source Sans Pro, while icon shapes — moved from the Pixel Launcher — include circle, teardrop, squircle, and rounded rectangle.

Check out our full spotlight on Theming.

In Android Q Beta 1, notifications can no longer be swiped away in both directions. A swipe to the left reveals snooze and the option to “Block,” “Stay silent,” and “Alert me.” The latter — expanded — options are now presented more graphically through icons compared to 9 Pie. Meanwhile, swiping to the right deletes notifications.

The Quick Settings panel has been slightly revamped with a new battery time remaining estimate at the right. However, this comes at the expense of battery percentage in the top corner. The percentage indicator returns when charging. 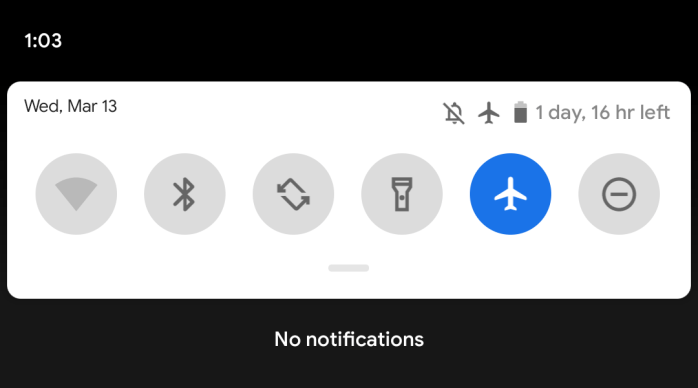 The Always-on Display sees a slight tweak where the battery is no longer displayed at the bottom of the screen. It is now in the same position as when the screen is active in the top-right corner, complete with battery icon. Settings for it have been rearranged, with “Ambient display” in the Display menu replaced by “Lock screen display.” This opens a new page organized by “What to show” and “When to show.” 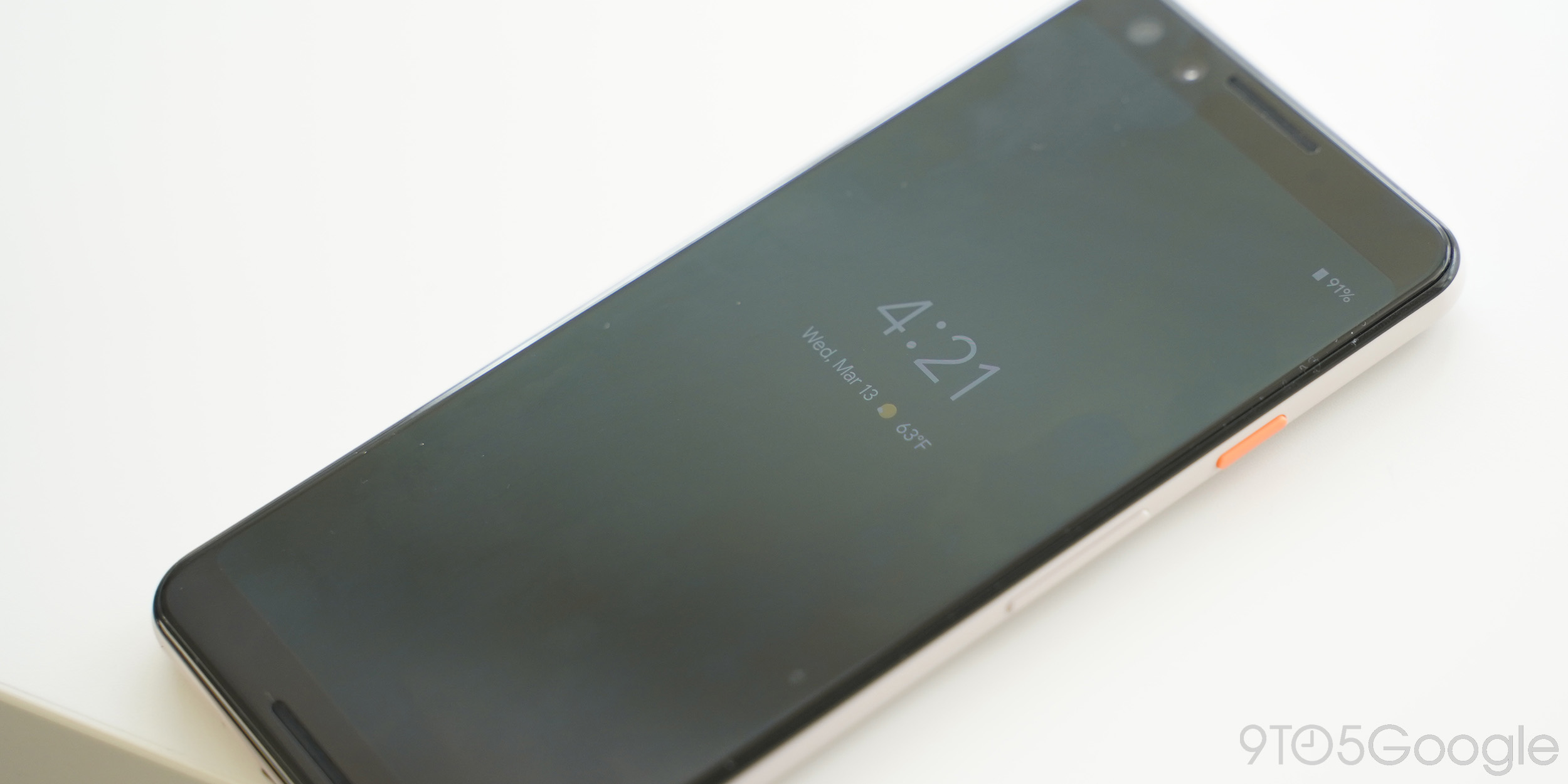