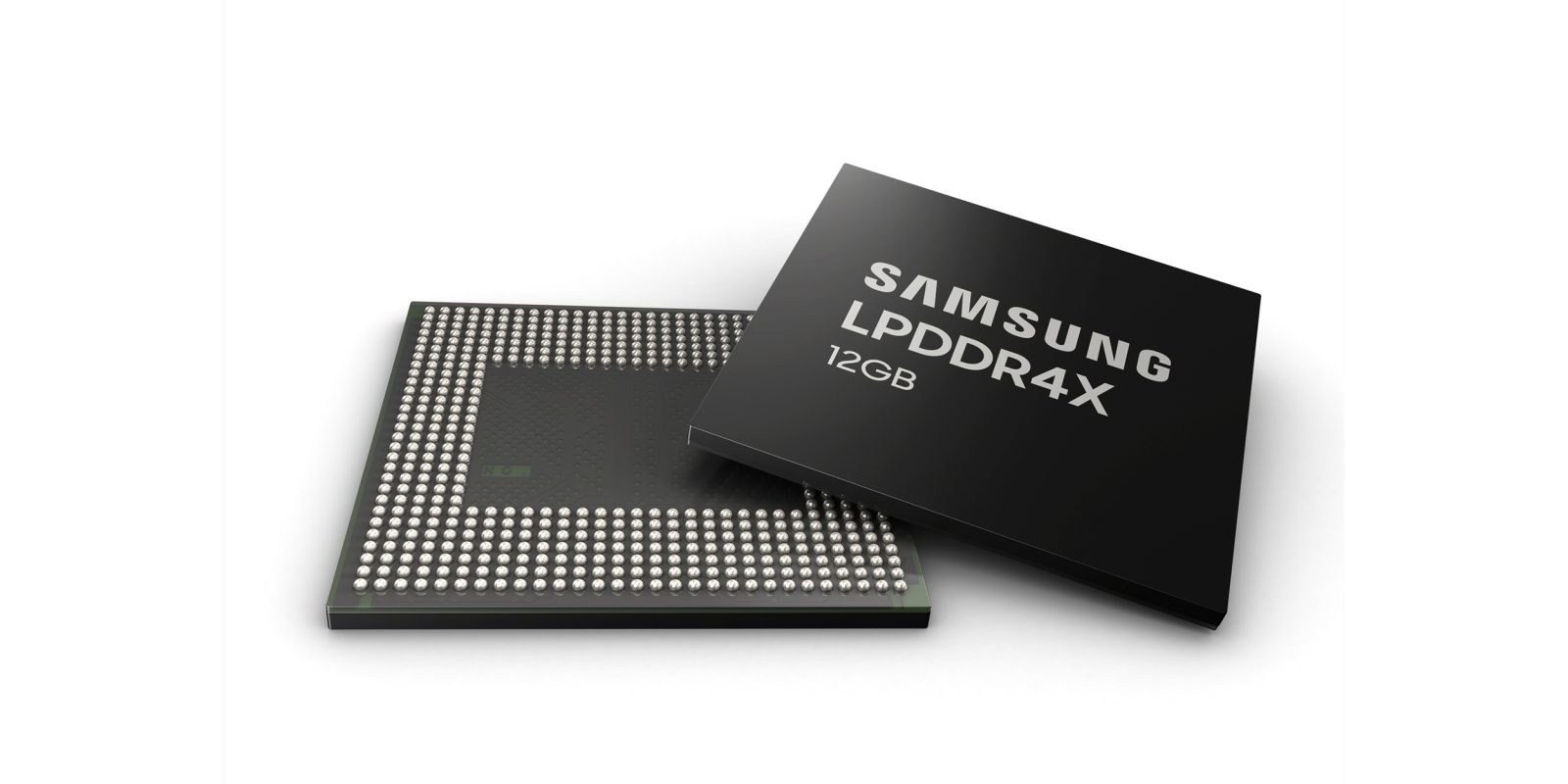 While Google’s Pixel phones are still sitting with just 4GB of RAM, the rest of the Android industry is heading into double digits. Today, Samsung has announced that mass-production has started on the first low-power double data rate 12GB RAM module for smartphones.

On Samsung’s Galaxy S10 family, 8GB of RAM is the common baseline you’ll find. That’s already a killer spec to be working with, but upgrading to the top-tier Galaxy S10+ delivers a whopping 12GB of RAM. That’s something that might become more common with the company’s new DRAM module.

The 12GB LPDDR4X DRAM module measures in at just 1.1mm in thickness while promising to “minimize” the extra power consumption that comes along with the extra DRAM capacity. Still, the chip has a transfer rate of 34.1GB per second thanks to the use of 1y-nm technology.

The 12GB capacity was achieved by combining six 16-gigabit (Gb) LPDDR4X chips based on the second-generation 10nm-class (1y-nm) process into a single package, providing more space for the smartphone battery. In addition, by using the company’s 1y-nm technology, the new 12GB mobile memory delivers a data transfer rate of 34.1GB per second while minimizing the increase in power consumption inevitably caused by a boost in DRAM capacity.

Samsung says that this new chip will be able to allow smartphone makers to “maximize the potential of devices that feature more than five cameras and ever-increasing display sizes as well as artificial intelligence and 5G capabilities.” Basically, by throwing in so much RAM, the sky’s the limit with future premium smartphones. Google, take notes.