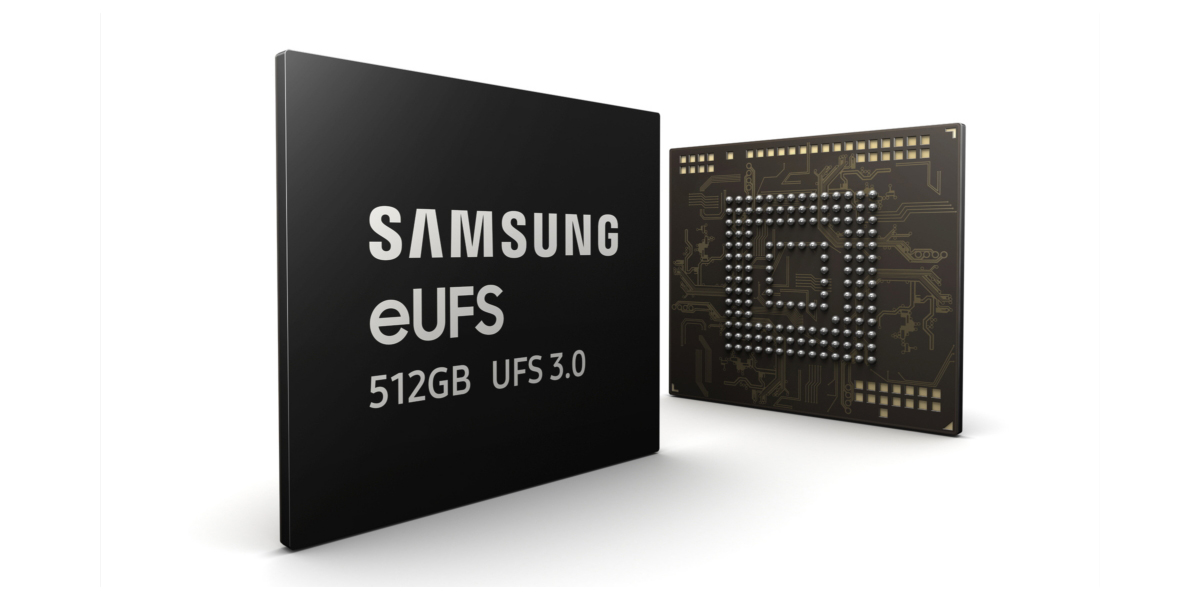 Samsung’s latest smartphones are storage beasts with a minimum of 128GB shipping with every device. However, they don’t come with the latest and greatest. Today, Samsung has announced that its super-fast 512GB eUFS storage chip is going into production.

In a press release today, Samsung reveals that its world-first 512GB eUFS 3.0 storage chip is going into mass production. The new chipset is the first of its kind for smartphones and makes some huge promises. Samsung says that this new chip is twice as fast as the UFS 2.1 chips we see in many flagships today, including the Galaxy S10 lineup.

Clearly, this new chipset is too late to make it into the Galaxy S10 models with that huge amount of storage. After all, the bulk of pre-orders for that device are set to ship next week. However, the timing here does open up the chip to potentially be used in future devices. One notable release that would be a logical home for this chip would be the Galaxy Note 10.

Samsung’s 512GB eUFS 3.0 stacks eight of the company’s fifth-generation 512-gigabit (Gb) V-NAND die and integrates a high-performance controller. At 2,100 megabytes-per-second (MB/s), the new eUFS doubles the sequential read rate of Samsung’s latest eUFS memory (eUFS 2.1) which was announced in January. The new solution’s blazing read speed is four times faster than that of a SATA solid state drive (SSDs) and 20 times faster than a typical microSD card, allowing premium smartphones to transfer a Full HD movie to a PC in about three seconds.

Samsung says that the 512GB and 128GB variants of this new eUFS 3.0 chip will be available starting this month. In the second half of the year, Samsung plans to launch 256GB and 1TB versions as well and making those available to device manufacturers.