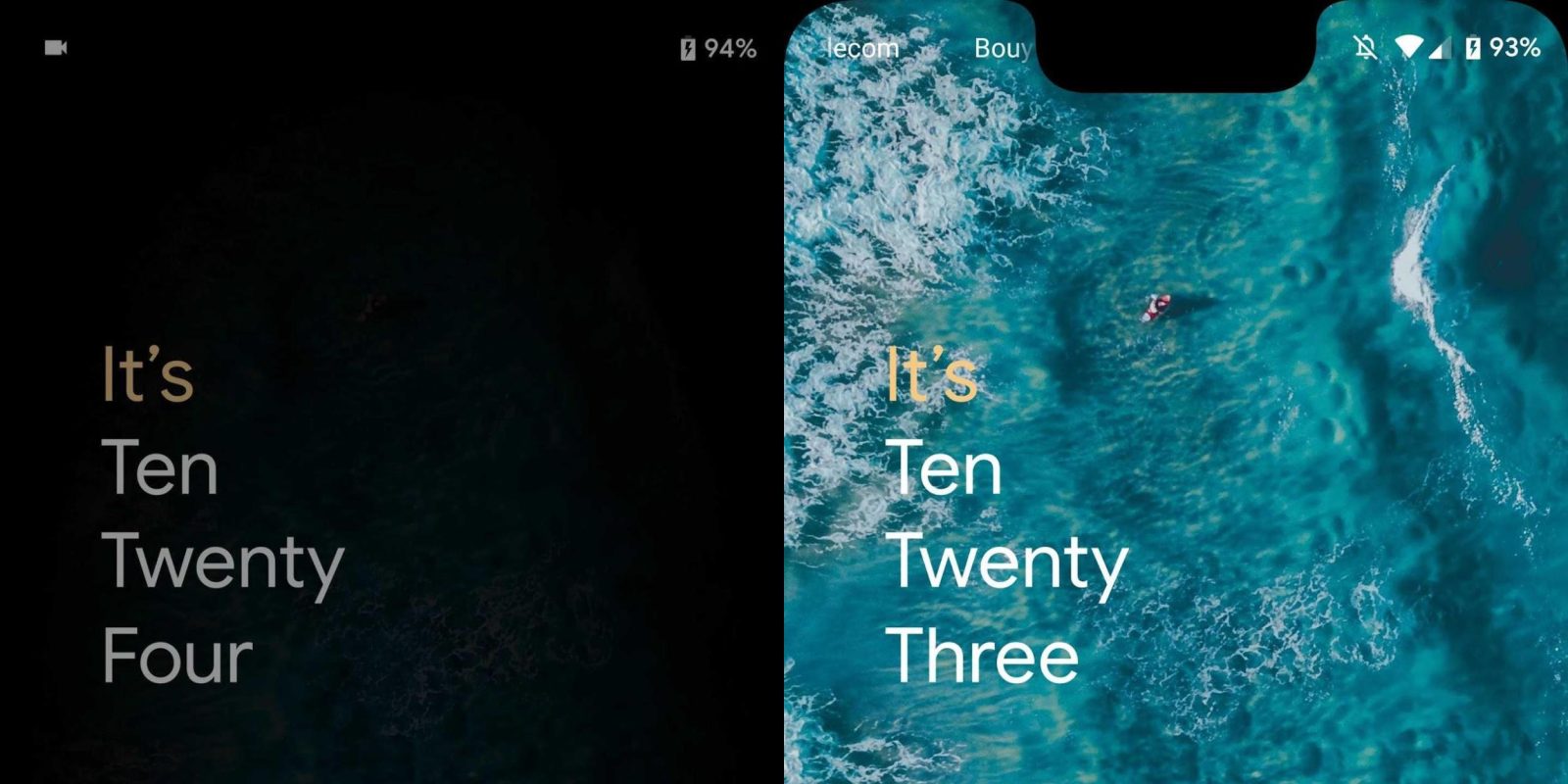 Android Q will see five more betas in the coming months before its public release. In that ensuing development period, Google will polish Android, add new features, and remove others. An upcoming one could be the ability to customize the clock that appears on your lock screen and AOD.

Beta 1 already introduces a number of Always-on Display tweaks, like moving the battery indicator to the top-right corner and travel ETAs, as well as Calendar events, to a new pill at the bottom. Those last two changes also appear on the lock screen, while the AOD now displays your currently playing song.

Furthermore, Google might let users customize how the clock appears. XDA today spotted three new designs in development that can be enabled via ADB commands.

“Bubble Clock” and “Stretch Clock” are analog takes on the time with the latter being quite conventional. There are hour and minute hands at the center of the screen, but it does retain a slightly smaller digital time on the lock screen. The former is more avant-garde — harder to read — with a circle (hour) and oval (minute) for hands.

The “Text Clock” will likely be a favorite, with users able to just read the time. “It’s” is themed in a light peach color, but the rest is white. All three clocks feature some color, but at the moment is generically set and does not adapt to a user’s wallpaper.

Like the standard clock, all appear on the Always-on Display. Bubble and Stretch will even move the digital time to the top-left corner.

Given that ADB commands from XDA are required to enable (the first one reverts users to the default), this customization is clearly not finished. Additionally, the date and weather widgets do not appear when any of the three new clocks are enabled. Hopefully, Google will launch this feature and let end users customize from the Settings app.