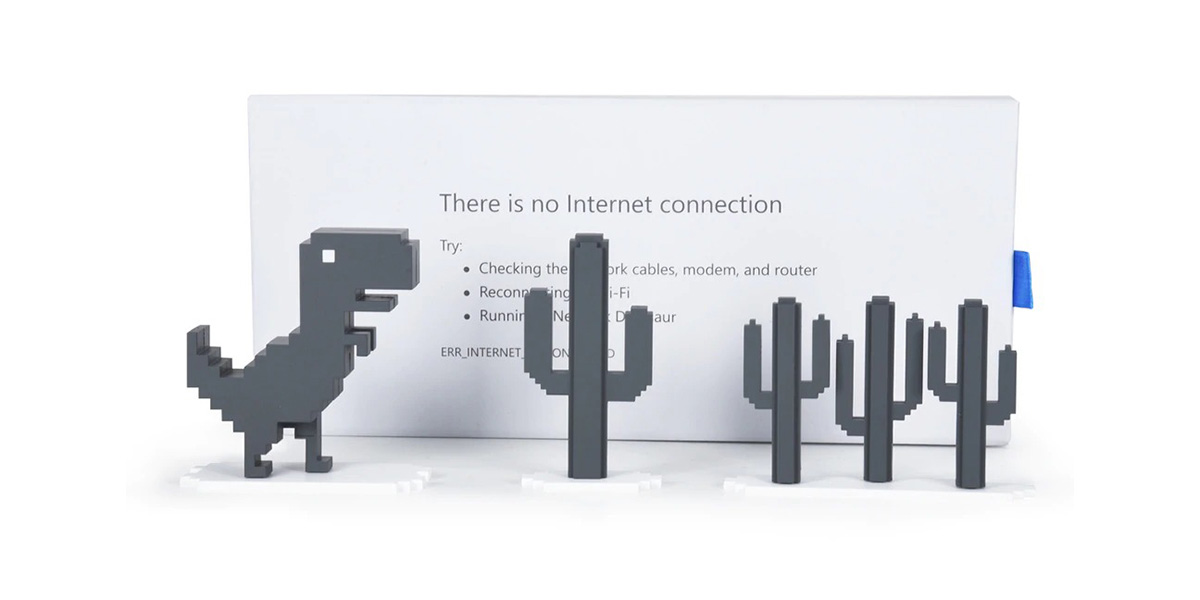 If you’ve ever encountered network problems while browsing Chrome, you’ve probably found the offline dinosaur game easter egg. It’s a beloved little piece of Google’s browser, and now the game is being turned into an actual toy you can buy next week.

To celebrate the 10-year anniversary of Chrome, Dead Zebra is producing a plastic toy set of the browser’s offline dinosaur game. The company, if the name rings a bell, is the same name behind those adorable little Android figures you’ve seen around the web and in some of our photography here on 9to5Google.

The set is made entirely from plastic and was actually previously available to Google employees. The dinosaur figure itself is about 3-inches tall with the included cacti between 2-inches and 3-inches tall. Those are all attached to a base plate for stability, but you can remove that if you want to rearrange them. The box itself is 10-inches wide and has the “There is no internet connection” message printed on it.

Starting this Monday, March 11th, Dead Zebra will make the “Chrome Dino Set” available for purchase. The cost will be $24 and sales open up at 11am Eastern Time. Most likely, stock is going to go quick, so you’ll want to get your orders in quick if you’re hoping to get one soon. Head over to Dead Zebra’s site for order details.

Update 4/16: Two years after the original made its debut, Dead Zebra is back with a “Dark Mode” version of its Chrome offline Dinosaur Toy. Available now for the same $24 price tag, the neat toy inverts the colors with a black box/background and white dino character. As an added bonus, the dino and cacti figures can now glow in the dark too!