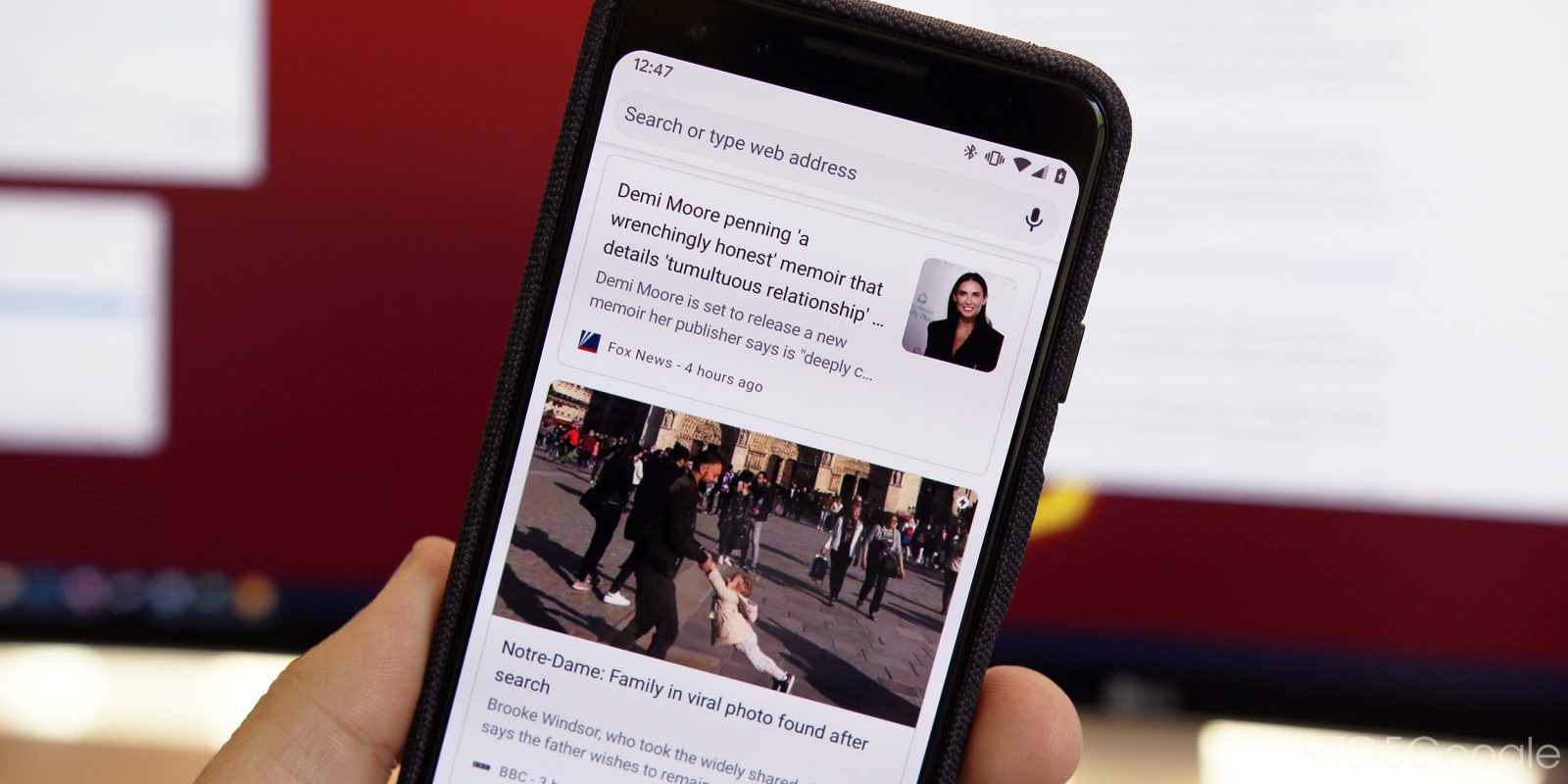 Currently, the “Articles for you” section simply displays a headline, some details about each article like their source, and a small preview image. In some cases this is enough to get a feel for what a page or article is about, but many times it feels lacking.

To fix this, Google has gradually been improving on this section, sometimes internally called the “interest feed.” Their work has been hidden behind a flag, chrome://flags#interest-feed-content-suggestions, which, unlike most flags, has more options than just “Enabled,” “Disabled,” and “Default.”

While not yet in Canary builds from the Play Store, this latest option is available in the latest builds of Chromium. Once enabled, Chrome for Android’s “Articles for you” section of the New Tab Page is completely reworked to be more in line with the Google app’s Discover feed, with varying sizes of images and a snippet featured below the image and headline.

Judging from this early state, the inclusion of snippets is a clear improvement, though it does come at the cost of screen real estate. Where previously close to four recommended articles could fit on-screen on a Pixel 3, adding snippets and larger images only allows for about half that.

As the article snippets option has only just landed this week, we’re not likely to see it live in Chrome for Android until version 76 at the earliest, assuming Google decides the new design is worthy of rolling out widely.