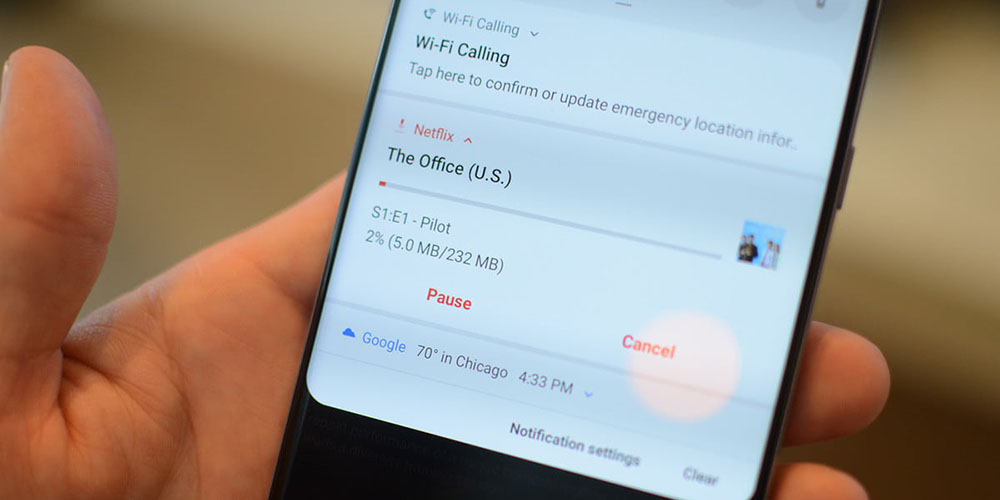 Digital Trends carried out the tests, and the headline numbers were seriously impressive.

When I tested the Moto Z3 with the Moto Mod in April, when Verizon launched its 5G network, my average download speeds were around 450Mbps, according to the Speedtest app by Ookla. The highest download speed I hit was 624Mbps.

The Galaxy S10 5G put those numbers to shame. The network is more developed, so the highest I hit on the S10 5G with the same Speedtest app was 1.35Gbps. That’s right, Gigabit.

And that does translate to real-world benefits.

Imagine if these 5G nodes were at the airport — you could potentially download several seasons of a show in minutes before boarding the plane. This is the most immediate and most noticeable improvement we’ll see with 5G.

However, the first issue with millimeter wave 5G is that range is incredibly limited – and the signals don’t penetrate walls.

A Verizon 5G node in Chicago can only deliver 5G speeds for about a block and a half. 4G LTE is not going anywhere soon; 5G is meant to complement it, at least for the next few years. This also means that if you walk into a restaurant on the same block as a 5G node, you will no longer see 5G service […]

Verizon says standing right next to the node won’t deliver better results. Standing directly opposite it is also not ideal, as I couldn’t connect to 5G at all. That’s because the node is shooting 5G parallel to the street. As the network matures, beamforming technology will help target 5G straight to your phone, so this shouldn’t be as big of an issue.

It’s not just walls which block the signals: your hands can too.

If you cover up all the sides of the S10 5G with two hands, you won’t be able to connect to 5G, just 4G LTE. This is due to the positioning of the antennas in the phone. For the most part, holding the phone normally with one hand didn’t give me trouble, but I did see faster speeds if I shifted my fingers toward the middle and didn’t block much of the top or bottom.

Ultimately, the site’s Julian Chokkattu concluded that the Galaxy S10 5G speed benefit is too theoretical at present, given the tiny number of places where it’s available, and the fact that even there you can lose coverage within the space of a single city block.

The only people who should consider the S10 5G are early adopters with money to burn.