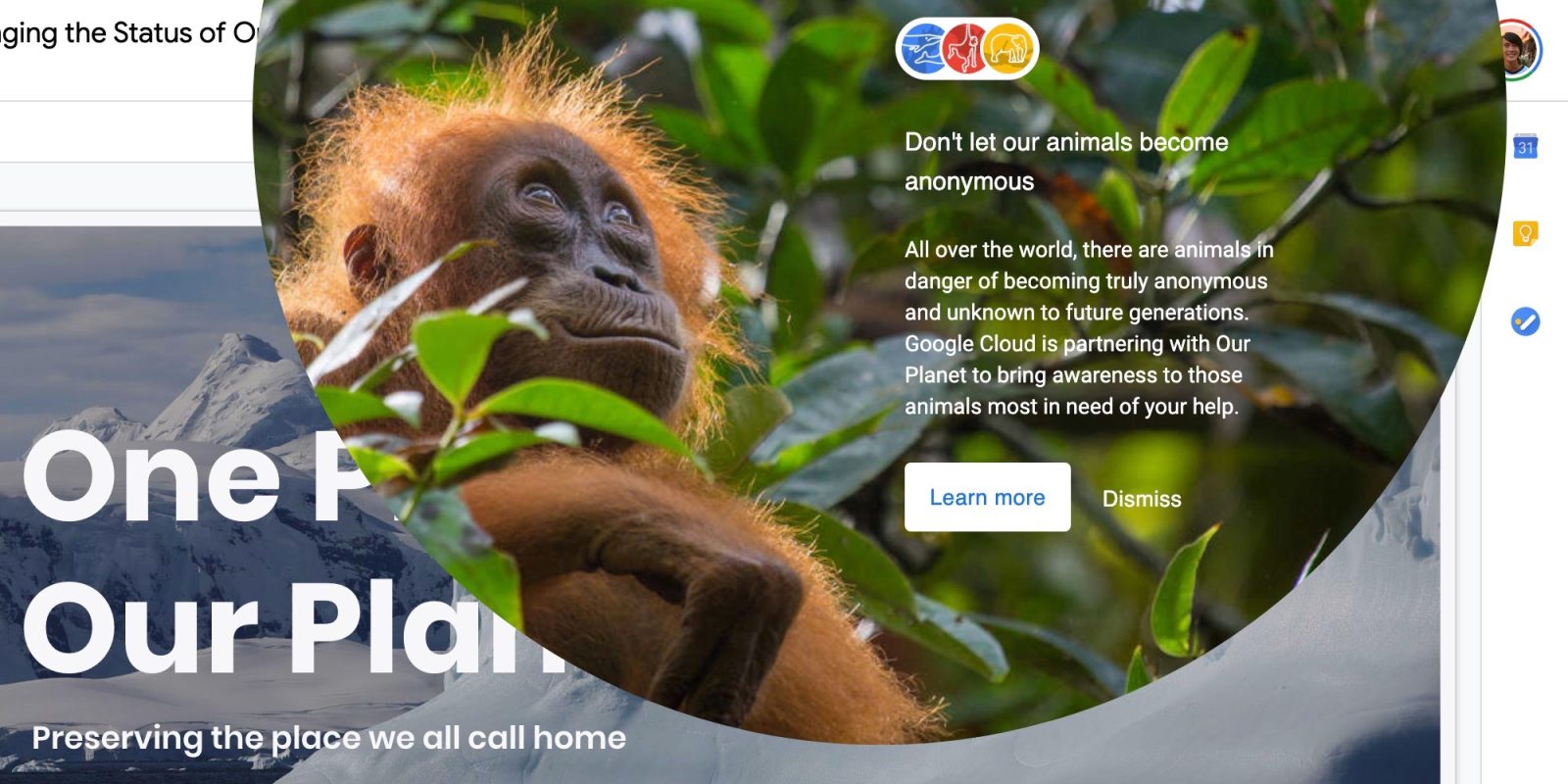 Google is working with the World Wildlife Fund (WWF) and Netflix’s “Our Planet” documentary series to “raise awareness around animals that are at risk.” One whimsical part of this is the addition of 13 new anonymous animal avatars in Docs, Sheets, and Slides:

Along with the two organizations, Google shared a presentation with details about all 13 creatures, and what users can do to help. The new Google Docs endangered animals are live there and are accompanied by a large explanation to further raise awareness. There is also a video narrated by Sir David Attenborough.

The company also detailed its work with the WWF on quickly curating wildlife data, protecting wildlife trade trends, and collaborating through artificial intelligence, analytics, and apps.