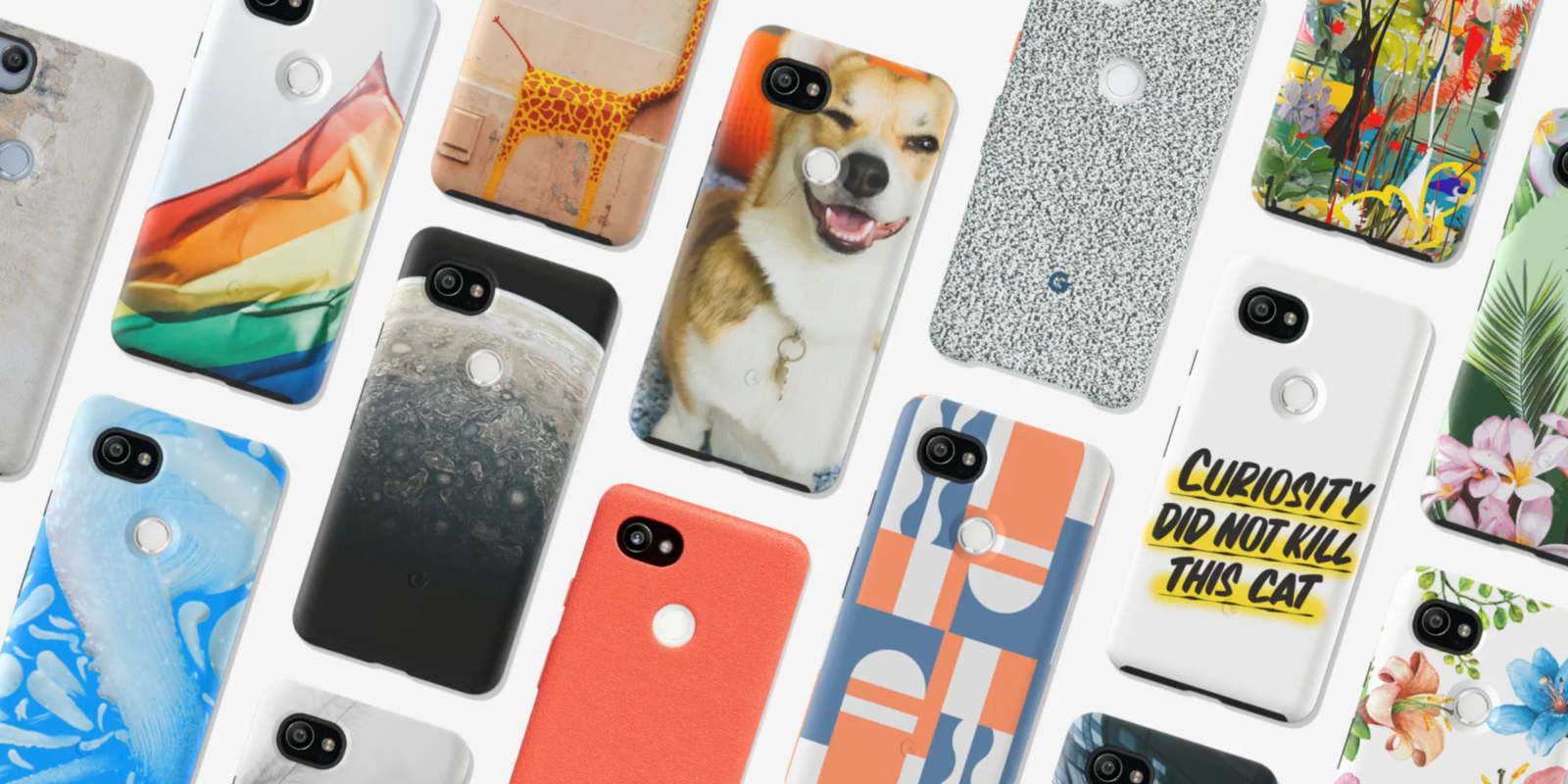 At I/O 2019, Google announced the Nest Hub Max for this summer, and launched the Pixel 3a and Pixel 3a XL. However, the big hardware unveils coincided with Google killing My Case for the Pixel 3.

The custom case program dates back to the Nexus 6, Nexus 5X, and Nexus 6P before coming to the original Pixel and Pixel XL in 2016. Those first editions featured a programable NFC button that worked with a companion app to offer live wallpaper.

For the Pixel 2 and Pixel 2 XL, NFC was dropped for automatic pairing by signing into the Live Case app with the Google Account used for the Google Store purchase. There was also a code inside the accessory that you could enter to get exclusive wallpapers.

Captivate your friends with stunning scenes from Google Earth. Experience a striking new landscape every day on your Pixel’s wallpaper using the companion app. Google Earth lets you explore and learn about each landscape with a double tap of your screen.

At this time, Google also introduced a $50 “Dual-layer Protection” variant that added a rubber “supportive interior” to the outside plastic layer where the design was printed. Meanwhile, the single-piece “Slim Protection” model came in at $40.

Google did not offer Live Cases for the Pixel 3, and instead switched to My Cases last October. Users could upload a photo to the online web tool and adjust the fit. Google also offered the Places variant that printed a map, as well as popular Artworks and prints.

My Case was available in the days leading up to I/O 2019, but the Pixel 3a’s launch saw the entire custom program removed from the Google Store. An official Pixel Phone Help page confirms that “My Cases and Live Cases are no longer sold by Google.”

The only Google-made cases available today are the popular fabric variants for the 3 and 3a. Arguably, the material covers have received wider acclaim, but Google killing My Case removes an official way to get a unique accessory for your Pixel 3.