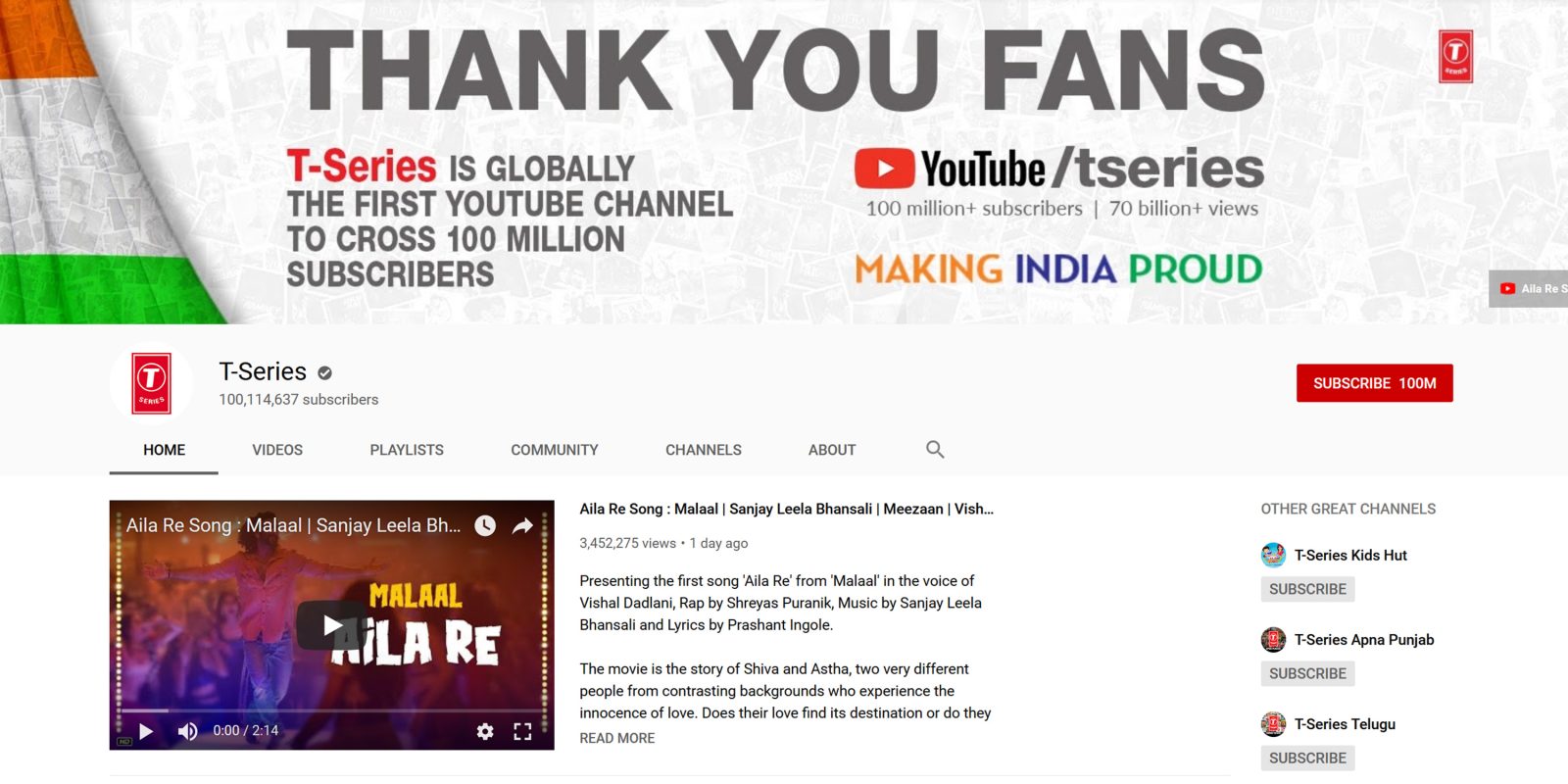 After months and months of tussling with the biggest independent YouTube channel on the site in the form of Pewdiepie, the Indian record label T-Series has now become the first YouTube channel to reach 100 million subscribers.

The record label has grown rapidly thanks to a mixture of movie trailers and songs from Bollywood movies — almost primarily sung in Hindi. The record label joined YouTube in 2010, although it was started in the early 1980s by Gulshan Kumar and Bhusan Kumar.

Since 2010, T-Series has uploaded a staggering 13,000 videos to the platform and amassed an even more impressive 71 billion video views.

While the YouTube platform has had a myriad of issues and controversies, the channel has grown exponentially over the past year to overtake Pewdiepie — who still reigns supreme as the largest independent video creator on the site by some margin — with 96 million subscribers.

There are many fans and users of the platform that have decried the growth of corporation-run channels such as T-Series, as this represents a move away from the ‘homebrew video’ roots of the video-sharing service. This led to an ongoing feud between Pewdiepie AKA Felix, and the Indian-owned channel, and saw fans of both trading blows in video comments sections and even IRL.

Felix’s massive fanbase attempted to boost new subscribers from billboard campaigns, Super Bowl stunts, and so many other ridiculous measures that helped keep the YouTuber’s subscriber count growing. This does mean that the second channel likely to reach the milestone, and the only independent channel to do so, will be Felix’s own.

Hey @TSeries, you might want to make some space on your shelf for something new and shiny… 🏆

YouTube was quick to congratulate T-Series on the 100 million subscriber milestone via social media, posting on Twitter: “Congratulations to @TSeries for reaching 100M subscribers!”

They then added “Hey @TSeries, you may want to make some space on your shelf for something new and shiny” which will no doubt be a new trophy akin to the Diamond Play Button that channels over 10 million subscribers are gifted as they surpass that lofty milestone.

What it could be though is anyone’s guess.