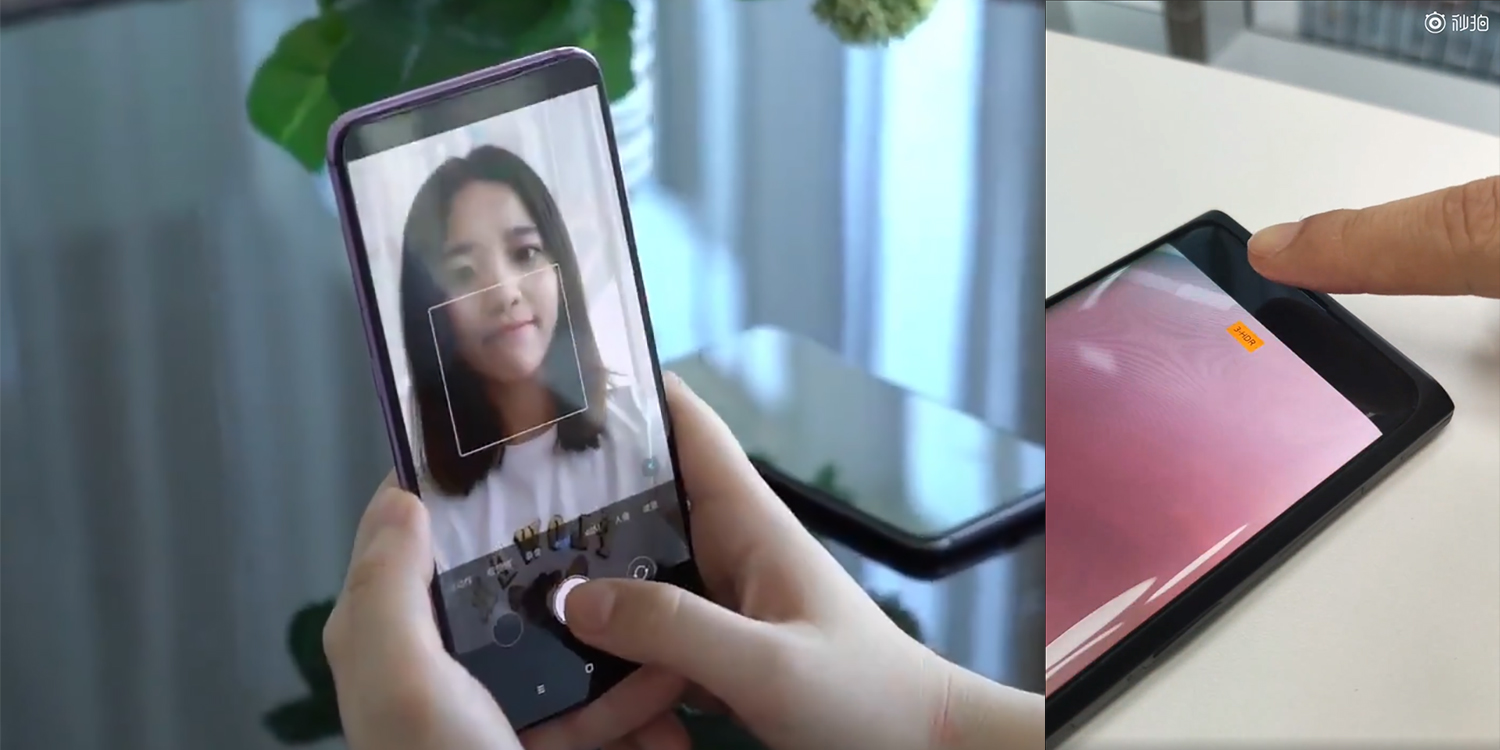 The death of the notch is one thing we can all applaud. Having a cutout on your display is not only distracting, but it has also become a trend many OEMs have simply adopted to ‘fit in’. Now Xiaomi and Oppo have showcased their own takes on the under-display selfie cameras at almost the same time.

Flip up and pop-up cameras might be en vogue at the moment. That said this under-display camera is bound to be the future as we slowly creep towards that 100% screen-to-body ratio on our smartphones.

For starters, the under-display camera is arguably a more elegant solution. It also doesn’t seem to require any moving parts whatsoever — another win for device longevity.

Two posts appeared on social media; first from Oppo, then from Xiaomi showing prototype devices with no display notch or pop-up playing host to the selfie camera. A short video from each manufacturer shows the camera app launching into the selfie camera seamlessly.

For those seeking the perfect, notchless smartphone screen experience – prepare to be amazed. 📲

You are taking a very first look at our under-display selfie camera technology. RT! 🤯 pic.twitter.com/FrqB6RiJaY

Initially shared in a post on Weibo, Oppo Vice President Brian Shen admitted that the tech still has a way to go before being implemented in Oppo devices. “At this stage, it’s difficult for under-display cameras to match the same results as normal cameras, there’s bound to be some loss in optical quality,” Shen said. “But, no new technology jumps to perfection right away.”

Do you want a sneak peek at the future? Here you go…introducing you to Under-Display Camera technology!#Xiaomi #InnovationForEveryone pic.twitter.com/d2HL6FHkh1

Of course, we have no real detail as to when this tech could find its way into the next Oppo or Xiaomi devices. It’s incredible to think about how we’ve seen the pop-up camera act as a bridge for this next step in display tech.

We’ve talked about the punch-hole notch being the precursor to the under-display selfie camera but we could see this tech much sooner than we had initially anticipated.

Oppo has been busy knocking out odd camera tech, as we’ve seen in the recently released Oppo Reno 10x Zoom and its ‘shark fin’ camera. This would be a step in the right direction for the entire industry though, removing the notch fad and allowing for seamless designs.

While there are no Xiaomi or Oppo devices for sale officially in the United States, this tech will no doubt start to find its way into more devices from even more globally available smartphones over the next 12 months.