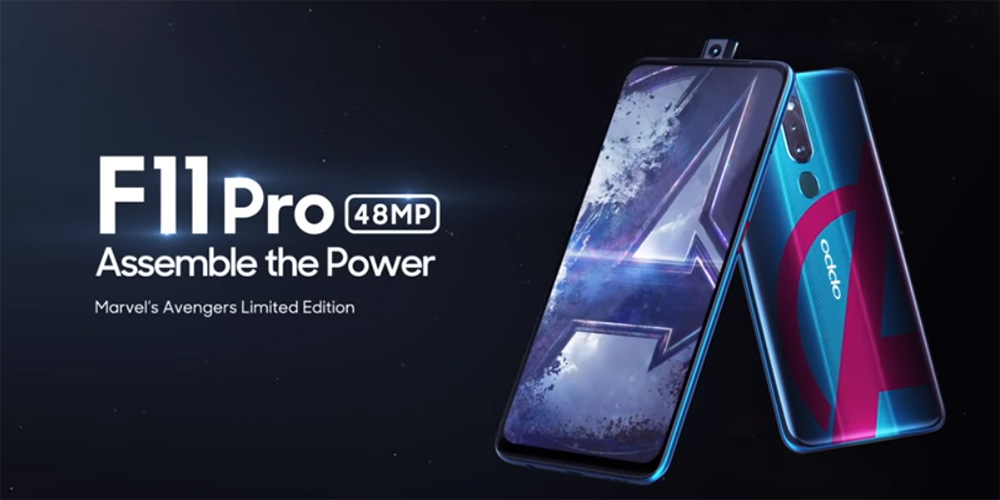 The Oppo F11 Pro first made its debut earlier this year with a big spec sheet and a low price tag. Now, Oppo is teaming up with Marvel Studios to give the F11 Pro an Avengers makeover ahead of Endgame.

Noted by TechnoBuffalo, the phone is getting this special paint job exclusively in Malaysia, meaning you probably won’t be able to get your hands on it. That said, it’s a pretty great looking special edition if I do say so myself.

Like the standard F11 Pro, this special edition has a pop-up camera, 48MP rear shooter, and a 6.5-inch display with slim bezels and no notch. Under the hood, there’s a Helio P70 chipset, up to 6GB of RAM and 128GB of storage, and a 4,000 mAh battery with VOOC charging.

As a huge fan of these movies personally, it’s a shame this won’t be coming to other regions. For the roughly $350 USD price, it’d be a fun memento for fans of the franchise. I guess there’s still the Avengers edition OnePlus 6. At least that one has a USB-C port.