Android Q Beta 4: ‘Bubbles’ are now in preview, not a developer option 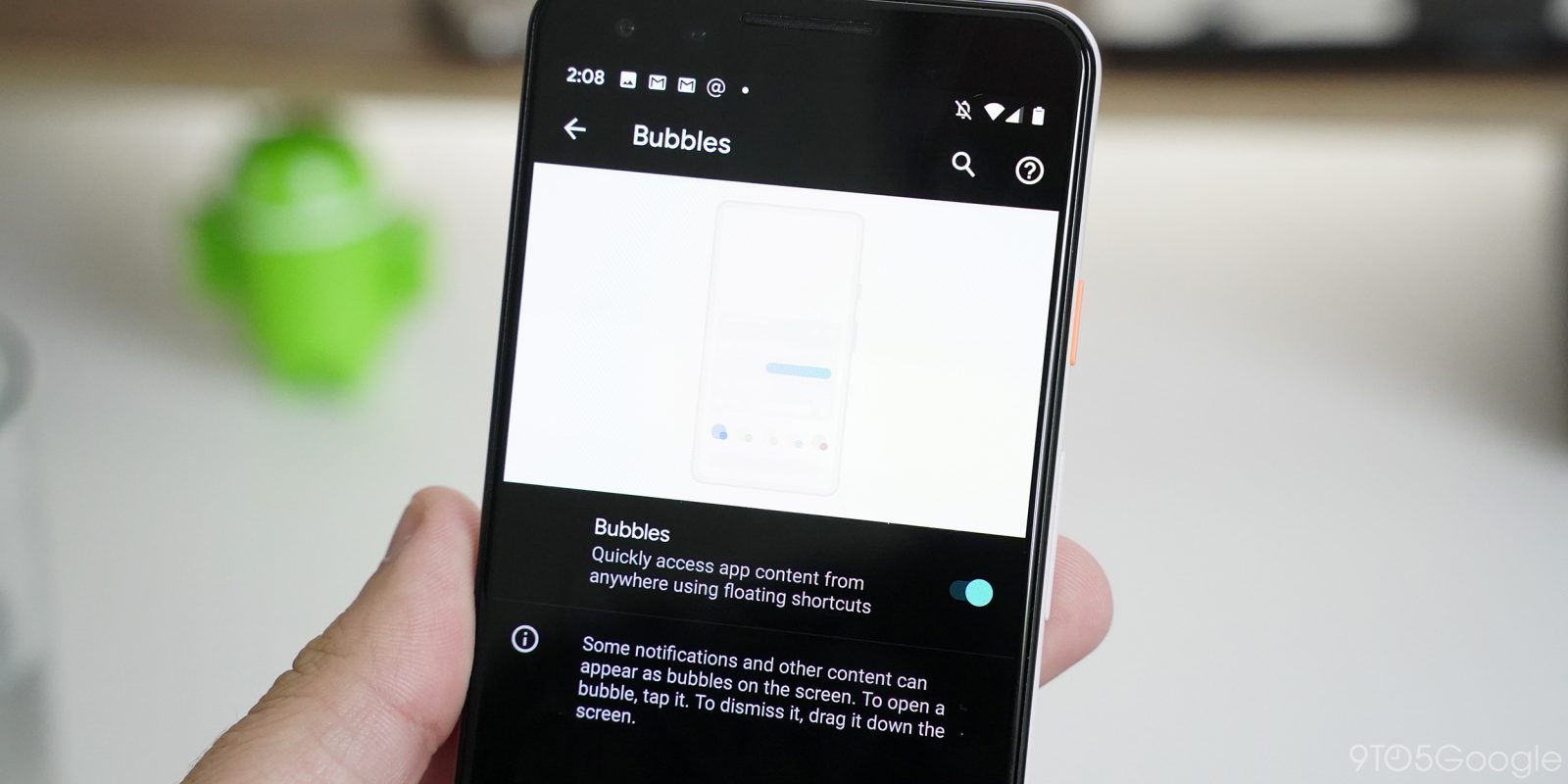 Bubbles is a new extension of Android notifications which is designed to replace a much older API that’s often misused. Google previously detailed that Bubbles was not going to debut as a user-facing feature in Android Q, but rather be used as a developer preview so apps can get ready for the change leading up to Android R.

Right on schedule, Android Q Beta 4 introduces a preview for Bubbles to the OS, but not in the developer options as we were expecting based on a talk from Google I/O. Instead, a toggle in the notifications page of the Settings menu turns Bubbles on or off. Just like for other features, Google has also added an animation to show the basic functionality of Bubbles.

However, Bubbles aren’t actually working just yet from what we can tell. In a quick test with Hangouts, there was no sign of a Bubbles window being available. It could be that this only works with select apps. The toggle is turned on by default too.