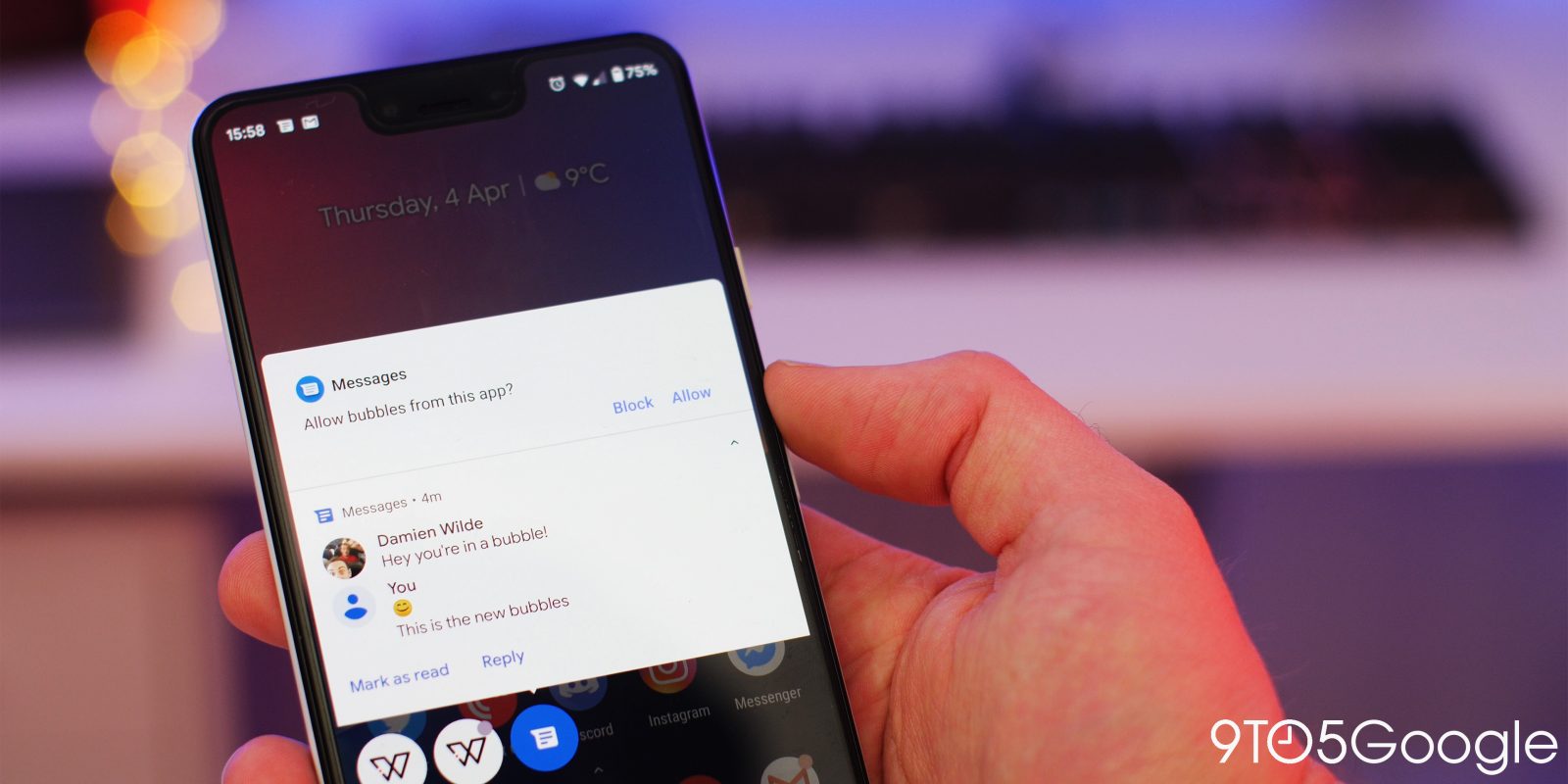 In the second beta release of Android Q, Google debuted and put some emphasis on a new notification feature called Bubbles. Interestingly, though, Google has confirmed that Bubble’s won’t be a user-facing feature in Android Q, instead being in the developer options.

During a talk at Google I/O this week, Google went over a lot of details about Bubbles. The company detailed how Bubbles is designed to replace the “SYSTEM_ALERT_WINDOW” API that developers have been using in Android for years as a way to do overlays. Bubbles replaces the functionality with something more tuned to the user, and that also shouldn’t affect system performance.

Google says that in Android Q’s final release, the option will be moved to the developer options since, for the time being, it’s just a developer preview. This is to give developers a chance to prepare their apps for the new functionality in future versions of Android.

Similar to how [picture-in-picture] handles a lot of the media viewing use cases, Bubbles is here to handle the more interactive use cases. In Q, Bubbles will be a developer preview. You can find it in developer options and you can start playing with the API and getting your apps built with it… It will become the preferred path over system alert window.

In the beta builds, you’ll see it turned on automatically, but it will be moved to developer options.

In Q’s beta builds, Bubbles will be enabled, with Google hinting that future beta releases could turn the functionality on by default. It’s a bit of a shame that Bubbles won’t be live in Q when it gets its final release in a few months, but it is nice to see Google giving developers a big heads up on this change, as well as time to adjust for it. 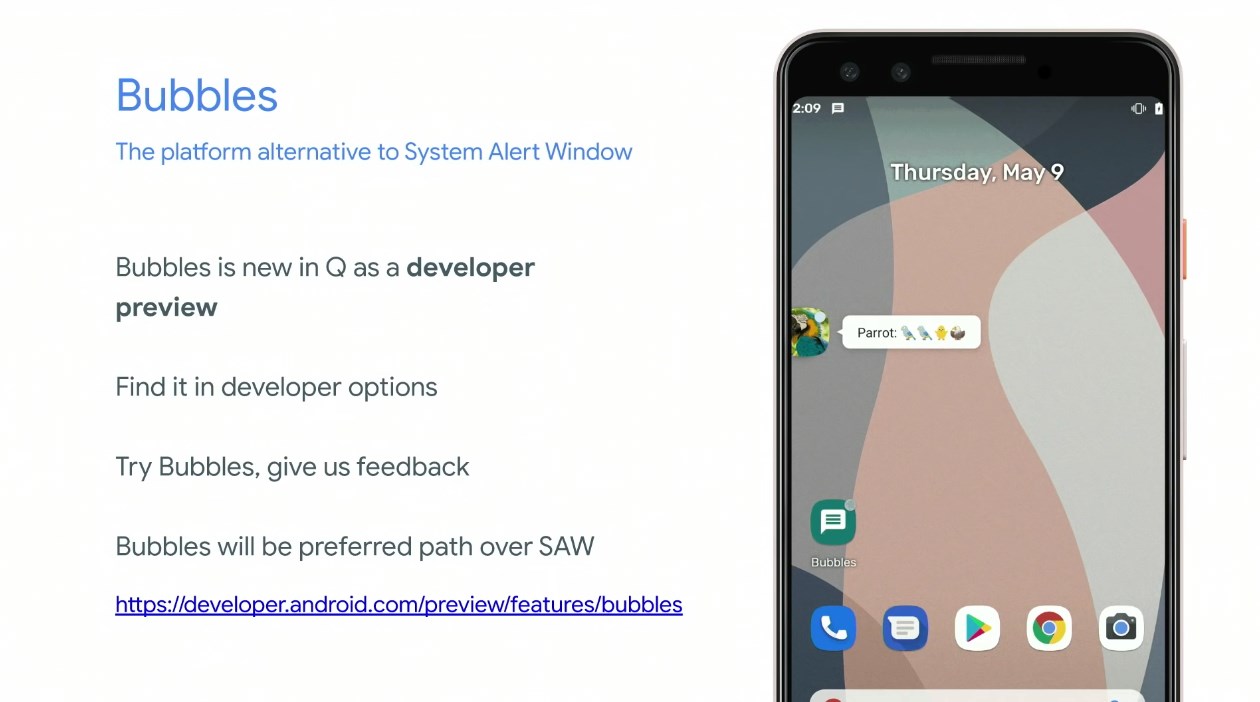