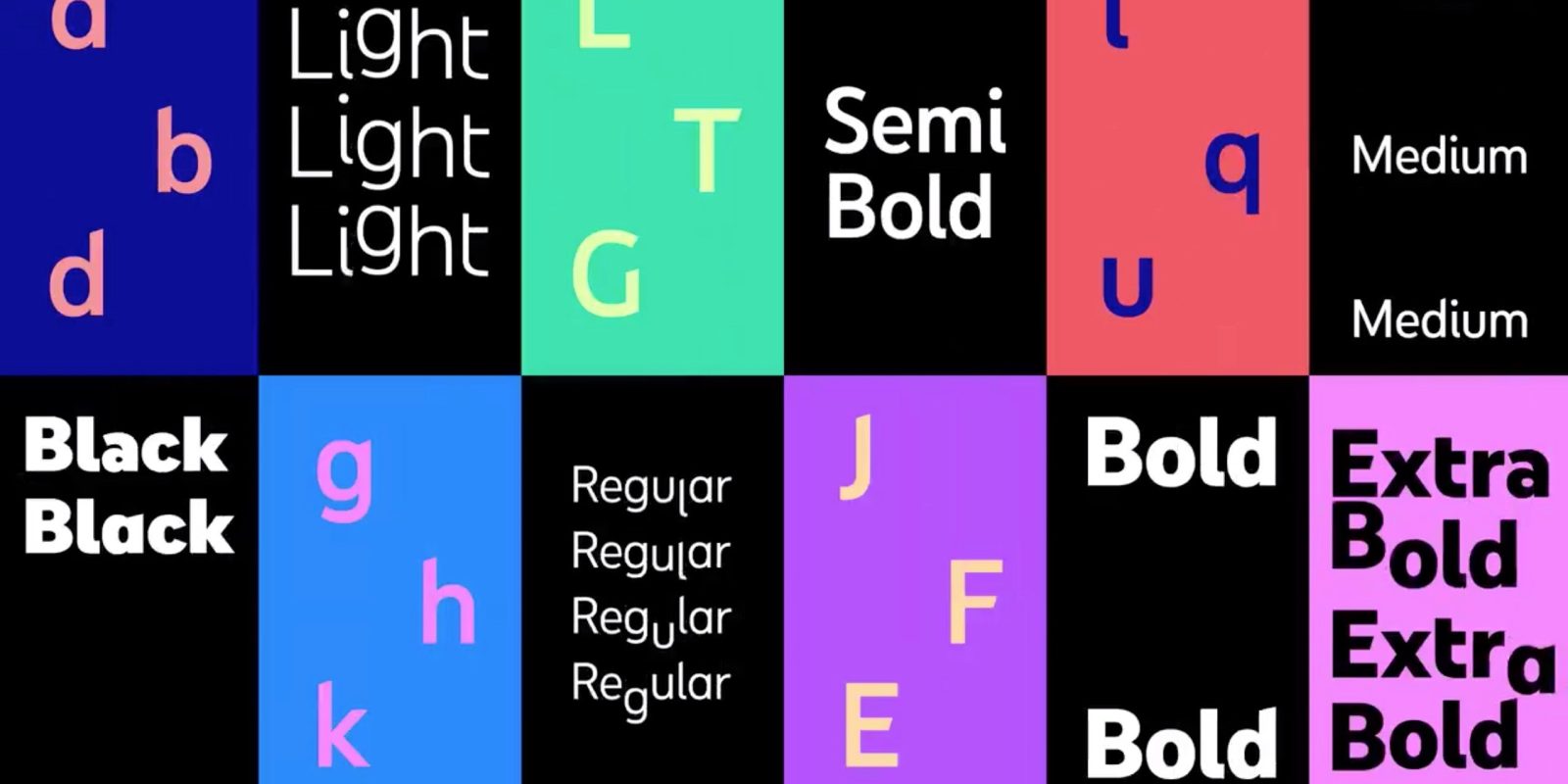 With the Google Material Theme in 2018, the company introduced Google Sans as a site-optimized version of Product Sans. The YouTube Sans display font is now getting its own refresh following 10 months of work.

YouTube Design Director Christopher Bettig detailed the update to YouTube Sans last week, noting 10 months of work where every glyph was redrawn. In addition to letters, this includes upper/lowercase variants, punctuation marks, and other special characters. One change to capital ‘T’ sees the letter gain more personality — and a slant — by no longer being symmetrical at the top.

The video site has never used Product Sans, rather sticking to its own branding across the desktop and mobile apps. Display fonts are used in titles or headlines, and are usually larger, with Roboto still used as the body copy.

YouTube Sans can now be used in 309 languages to expand international reach, while a variable font allows a single file to store different design variants.

Other changes include grades for dark theme, auto substitutions, and a stylistic set. There are other changes with the attached video, attributed to the YouTube Art Department, showing the font in use. Bettig notes that the updated YouTube Sans is “coming soon” to the video service.

10 months of work has gone into this update of our display font, YouTube Sans. We’ve redrawn each glyph, increased to 309 languages, made a variable font, added grades for dark theme, created a stylistic set, introduced auto substitutions and so much more.. coming soon to YouTube pic.twitter.com/eRcDtQHbp6