One of the biggest improvements made to the Android Q Beta program is the “fully gestural navigation” method. It takes the half-baked Android Pie semi-gestures and adds a little of what makes the iOS gestures so fluid. But if you plan on using a third-party launcher in future, it appears that you won’t be able to use full gestures on Android Q Beta 5.

You can see from the screenshots below (via /u/Charizarlslie) that when you set your default launcher to say, Nova, for example, it will default to either the two-button navigation or the old-school three-button navigation. You simply can’t enable the gesture navigation at all. 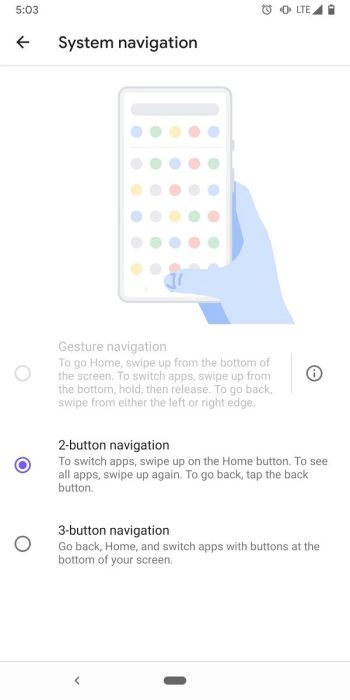 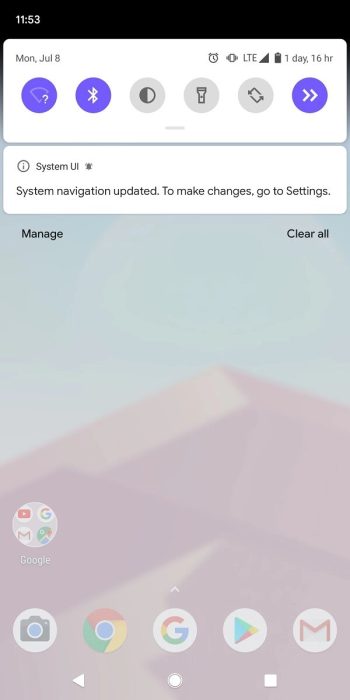 XDA notes that you can still force-enable the gesture controls using an ADB command below, but they can be pretty buggy:

It’s unclear if this limitation will carry over to the full Android Q release, or if workarounds will come for many of the most popular third-party launchers. This is arguably a way to ensure that third-party options are less buggy with the more fluid gesture navigation method brought in via the last Q Beta.

If it is a permanent switch, would you be happy to use the Pixel launcher exclusively? Let us know in the comments section below.