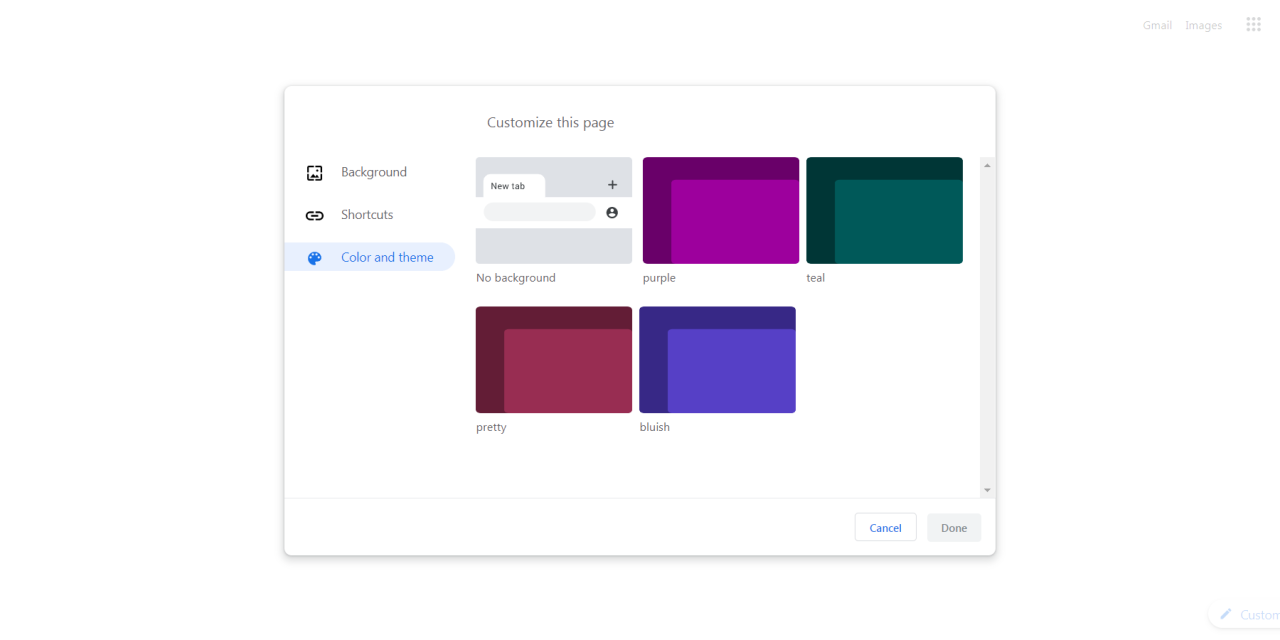 The Chrome Web Store is home to hundreds, if not thousands, of user-created customization options for Google Chrome, but not everyone is necessarily aware that they can use a theme. Currently, themes are only briefly mentioned on the Settings page.

Use the second version of the NTP customization menu.

Once you’ve enabled both of these flags, clicking the “Customize” button on Google Chrome’s New Tab Page brings up a brand new menu. This menu expands on the previously available background image options to add “Shortcuts” and “Color and theme.” 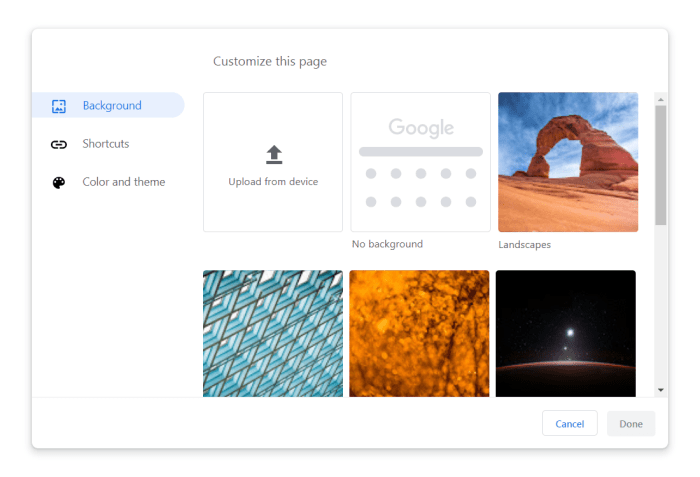 Under “Shortcuts,” you get to choose how the links underneath the New Tab Page’s search bar are chosen, showing either your most visited sites or only sites you’ve personally chosen. Humorously, the descriptions for the two choices appear to be mismatched. 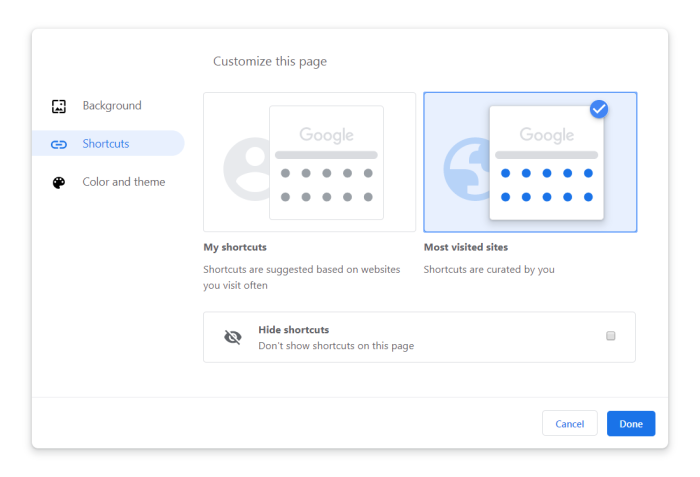 Beneath those options lies a third, which allows you to disable shortcuts on the New Tab Page altogether. For now though, none of these three shortcut options seem to have any effect.

Within “Color and theme” you have the option to use one of four new built-in themes for Google Chrome. Of the four themes, three of them—”purple,” “teal,” and “pretty”—look vaguely similar to themes published to the Chrome Web Store by Google themselves earlier this year. The fourth, “bluish,” seems to get its name from the tinge of purple added to the blue hue. 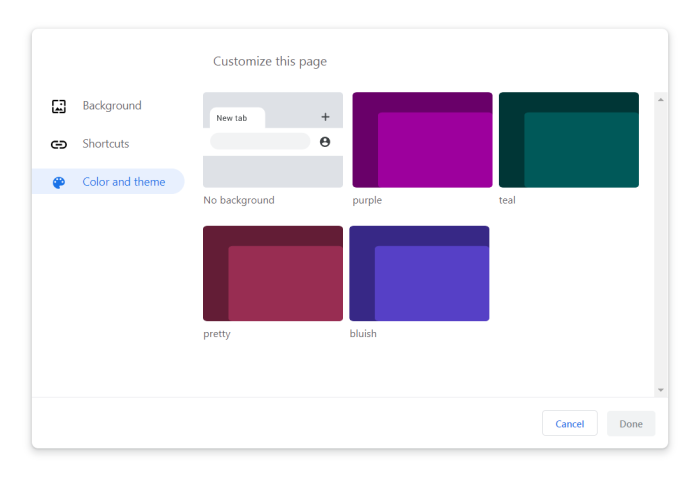 It’s possible that these initial themes are just placeholders for use during the development period, to be replaced by those official themes later on. The internal name for this feature, according to the Chromium bug tracker, is “Chrome Colors.” This may indicate that more complex themes, like many of those found in the Chrome Web Store may not appear here in the future.

Update 7/17: As of the latest Chrome Canary builds, spotted by Chrome Story, Google has multiplied the number of built-in themes from four to twenty, and neatened up the UI a bit. Now, instead of being shown a rectangular color swatch, you’re presented with two-toned circles. 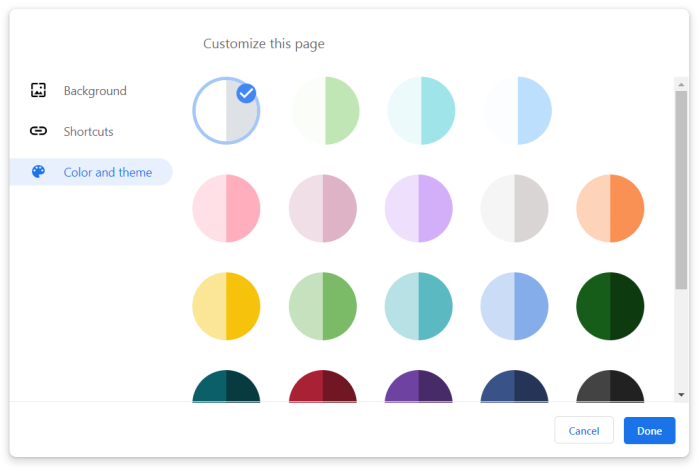 Many of the newly arrived Chrome themes include color schemes Google has previously provided via the Chrome Web Store, including my personal favorite theme, Slate and the fan-favorite Just Black. However, with the new UI, these colors and themes no longer appear to have names.

You can enable the customization and themes flags today on Google Chrome Canary for Windows and Mac. Both flags are also available in Chrome OS Canary, but the themes menu currently seems broken on this platform. Chrome Canary is currently on version 77, so we should also see these themes arrive in Chrome Stable version 77.