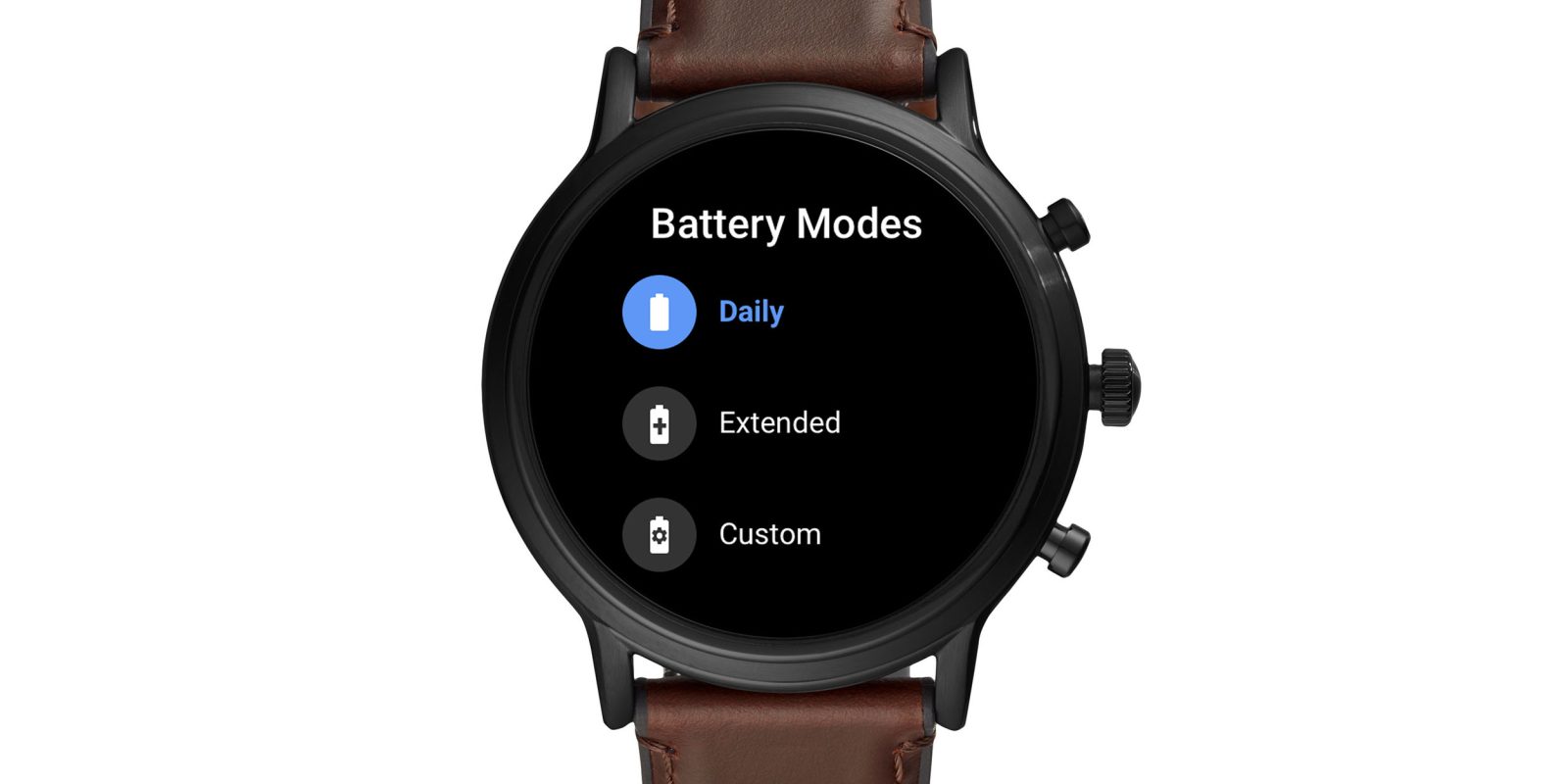 With the debut of its latest Gen 5 Wear OS smartwatch, Fossil is also bringing something new to the table for the platform. With some smart battery saving modes, Fossil is promising “multiple” days of use out of a watch, all without killing core functionality such as your notifications.

Performance has been a problem for Wear OS for quite a while, but recent spec bumps have been helping in that department. That leaves Fossil to focus on the other major Wear OS complaint, battery life. The Fossil Gen 5 smartwatch still only promises 24 hours on a charge on its default settings, but there’s a trick up its sleeve.

Fossil has developed a proprietary set of presets called “Smart Battery Modes” that can greatly increase the battery life of your watch with just a couple of taps. There are four different modes available, and we’ve gotten screenshots and details from Fossil to detail how everything works.

By default, a Fossil Gen 5 watch is set to “Daily Mode.” This first of Fossil’s smart battery modes is more or less your typical Wear OS experience. The always-on display will be active, along with most of the features and sensors used with the platform. There’s also “Time-Only” mode, which is the same mode we’ve seen on other Snapdragon Wear 3100 powered watches. Essentially, this turns your smartwatch into a dumb watch until further notice, and it activates immediately when your battery level gets very low. It does that by turning off Wear OS and leaving you with just the time.

Beyond those settings, however, is where things get a bit fun. Fossil’s “Extended Mode” can extend your battery life by “multiple days” by turning off some features that Fossil considers nonessential. That includes the always-on display, speaker, Wi-Fi, touch/tile to wake, and “OK Google” detection. Location and NFC are also set to “on demand,” meaning those radios will only be turned on when apps trigger them. Most interestingly, an automatic schedule turns off Bluetooth when you are less likely to be using the watch.

If Fossil’s settings for “Extended Mode” aren’t quite your cup of tea, there’s also a “Custom Mode” as part of these smart battery modes. This mode gives the user control over what gets turned off and what stays turned on. Obviously, the battery gains here will depend on how the user sets things up.

Fossil’s smart battery modes are proprietary to the company’s own watches, but it’s all built on top of Wear OS. In theory, it could be used on other hardware, so we can only hope that this is what Google invested in from Fossil earlier this year. Even if that’s not the case, these new modes are a genuinely useful addition to Fossil’s Wear OS lineup, and we can only hope that they live up to the company’s claims once we get our hands on the hardware.