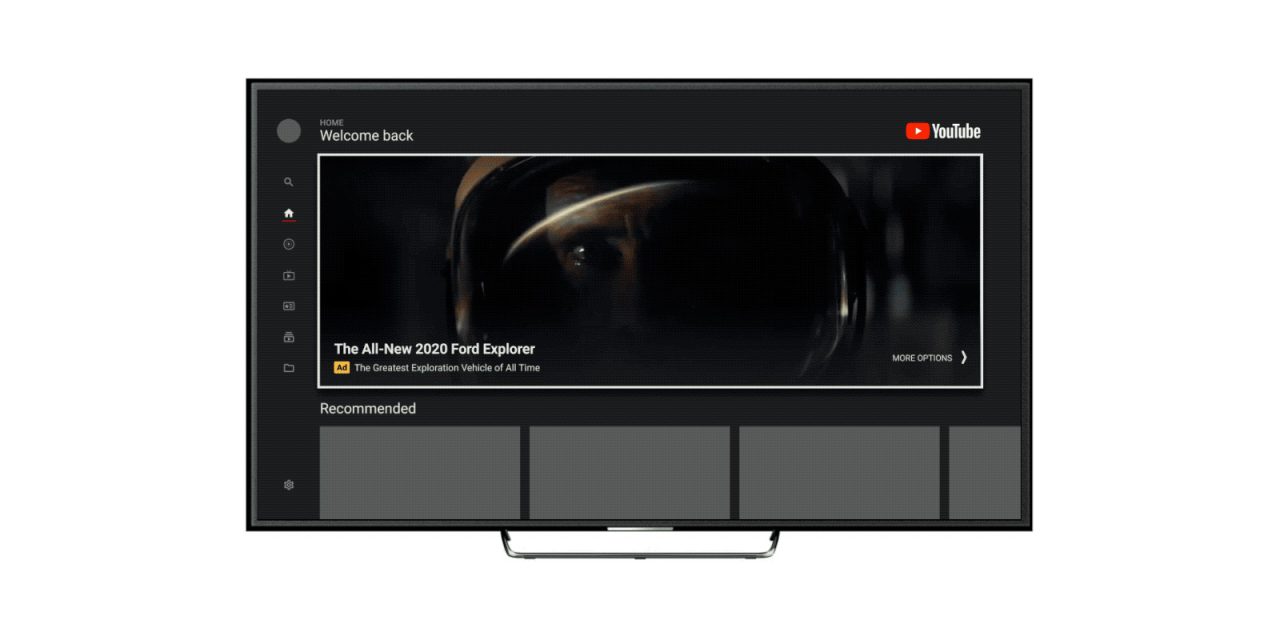 YouTube runs on advertisements, so it should really come as no surprise that the company wants to increase its chances of getting customers to see and interact with ads. Today, YouTube announced a revamped masthead for its TV application which includes a huge video advertisement.

In a blog post, YouTube explains that with 250 million hours watched daily on TVs alone, it is the biggest ad-supported streaming TV platform. The new “YouTube Masthead” is a large video advertisement which appears directly at the top of the app’s homepage on your TV. The company says that this is the “most prominent placement” that users will see as soon as they open up the application.

This new ad covers up roughly half of the initial homescreen in the YouTube app for TVs with recommended content and other categories pushed underneath. Currently, this change is in beta along with what looks like a redesigned interface. Notably, we saw a glimpse at this interface on Android TV not long ago.

YouTube isn’t being shy about this new video ad in its TV app either. In the blog post, the company mentions how it gives advertisers the ability to target cord cutters and how it can drive a 10% increase in recall versus traditional TV ads. Google also teases how “more innovations” will be coming to the TV app next year.