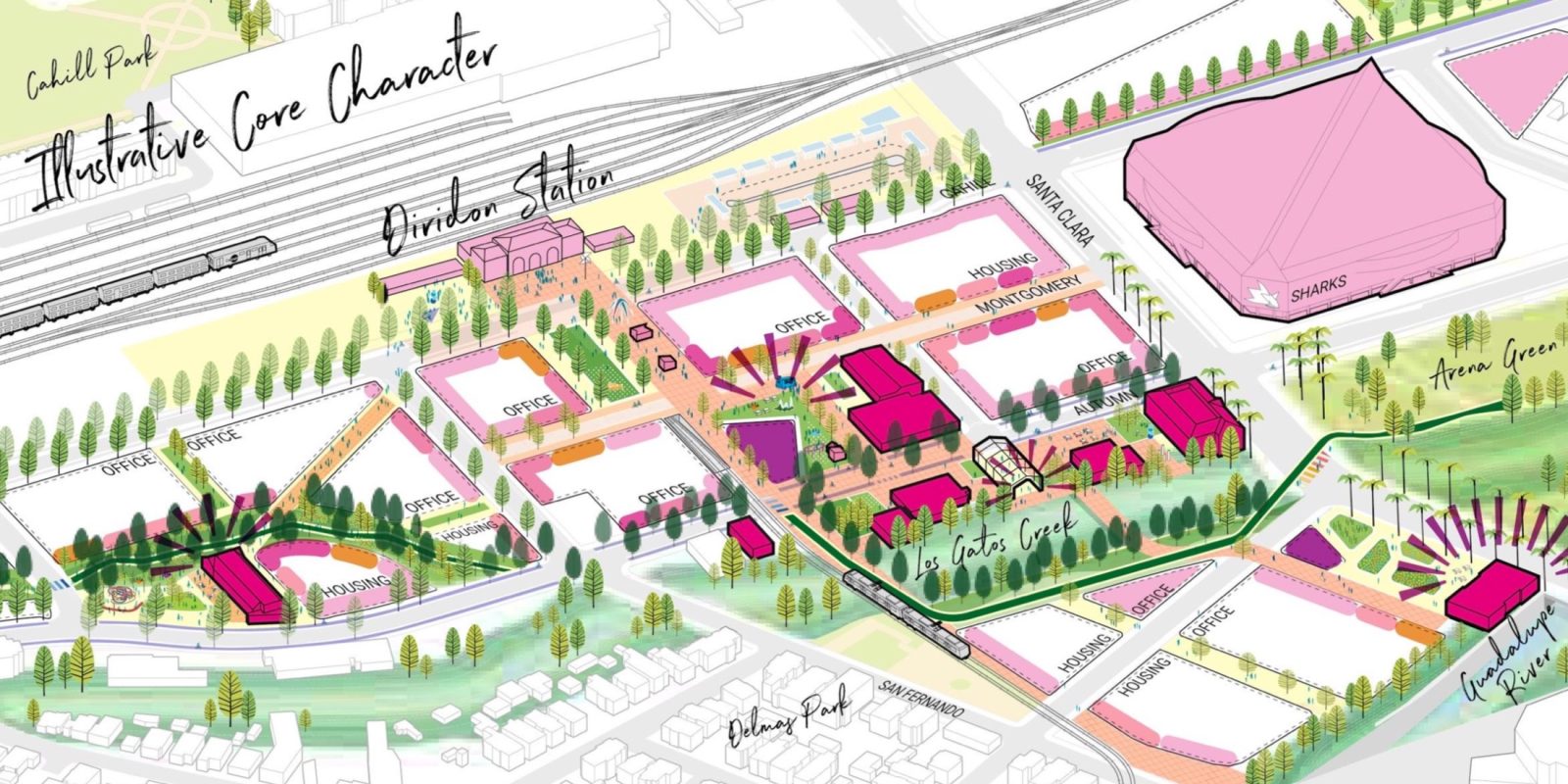 For the past several years, Google has been planning a very large campus that would reshape downtown San Jose. The company this week submitted a master plan for what it’s calling “Downtown West.”

Currently, the Diridon Station Area of San Jose lacks many of those things. Google is proposing 3,000 to 5,000 residential units and making the space more usable. Based on a previous 2017 estimate, a new office building could accommodate 15,000 to 20,000 Googlers. There would also be an event space for the company.

That said, Google is touting “50/50 site area of office to other uses,” and that Downtown West is ultimately an “extension of the City, not an office park.”

The foundation of this framework builds upon San José’s rich cultural history, vibrant character, and innovative spirit. The mile-long site will utilize context to cultivate three distinct characters of place-ranging from industrial and active entertainment in the north: civic, transit-oriented, and authentic district character in the core; and neighborhood anchored in ecology in the south.

Other goals include creating jobs and housing near transit, as well as a “people centric, not car centric” area. This includes “generous sidewalks” and protected bike lanes. Parks and plazas will be located near neighborhoods.

Over half the site area will be devoted to housing, open space, arts, retail, and community uses to broaden the uses, users, and activities throughout the day. Co-created programs and partnerships with local organizations, institutions and small businesses will bring the project to life and ensure that Downtown West is not just for San José, but of San José.

According to the Mercury News, final approval for the Google Downtown West plan could be granted late next year. 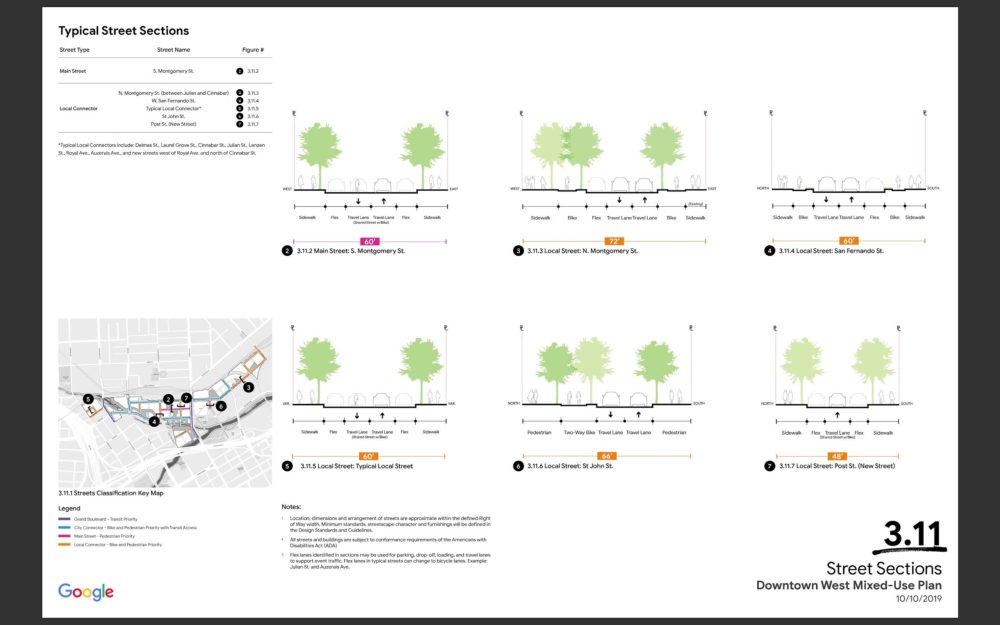