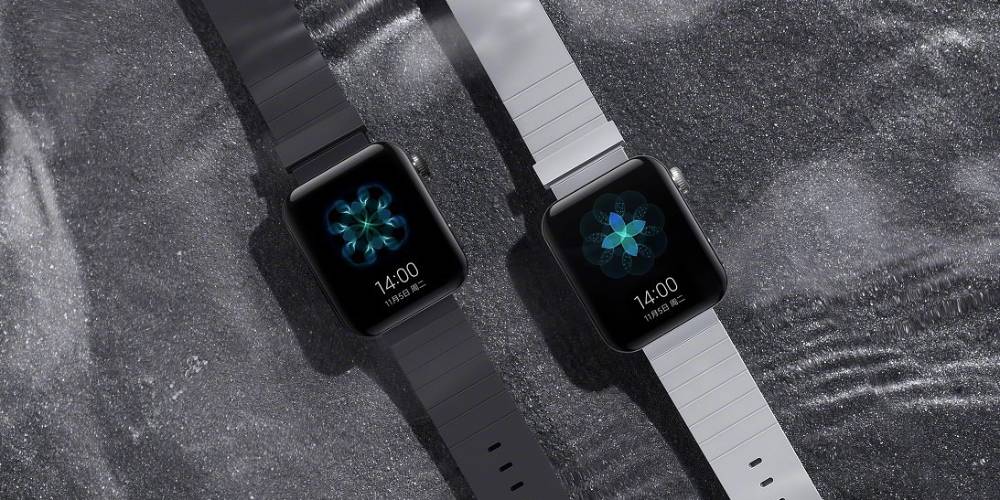 There’s been a lot of news in the Wear OS world this week from Alphabet possibly buying Fitbit to a new Moto 360 and even a new chipset too. Now, we’re getting a better look at Xiaomi’s upcoming Mi Watch which is expected to run on Wear OS including a first look at its design.

XDA-Developers spotted a few posts on Weibo which confirm the design and several details of the upcoming Mi Watch. First and foremost, let’s take a look at the design here.

As hinted at in an earlier teaser, it’s clear Xiaomi’s first Wear OS smartwatch, the Mi Watch, is going to steal the design of Apple Watch. That means we’re getting a square design and display with a button along the right side which doubles as a rotating crown. There’s another button underneath that again, just like the Apple Watch.

In another teaser image, Xiaomi shows the internals of the watch which includes Wi-Fi, GPS, and NFC. There’s also a “high-performance” CPU. There’s a Qualcomm chip specifically shown in the image which XDA speculates will be the Snapdragon Wear 3100. The other components detailed include a vibration motor, speaker, and an eSIM for cellular connectivity too.

There’s still a lot we don’t know about the Xiaomi Mi Watch, including how the company is going to build on Wear OS, but we’ll get more details on November 5th.