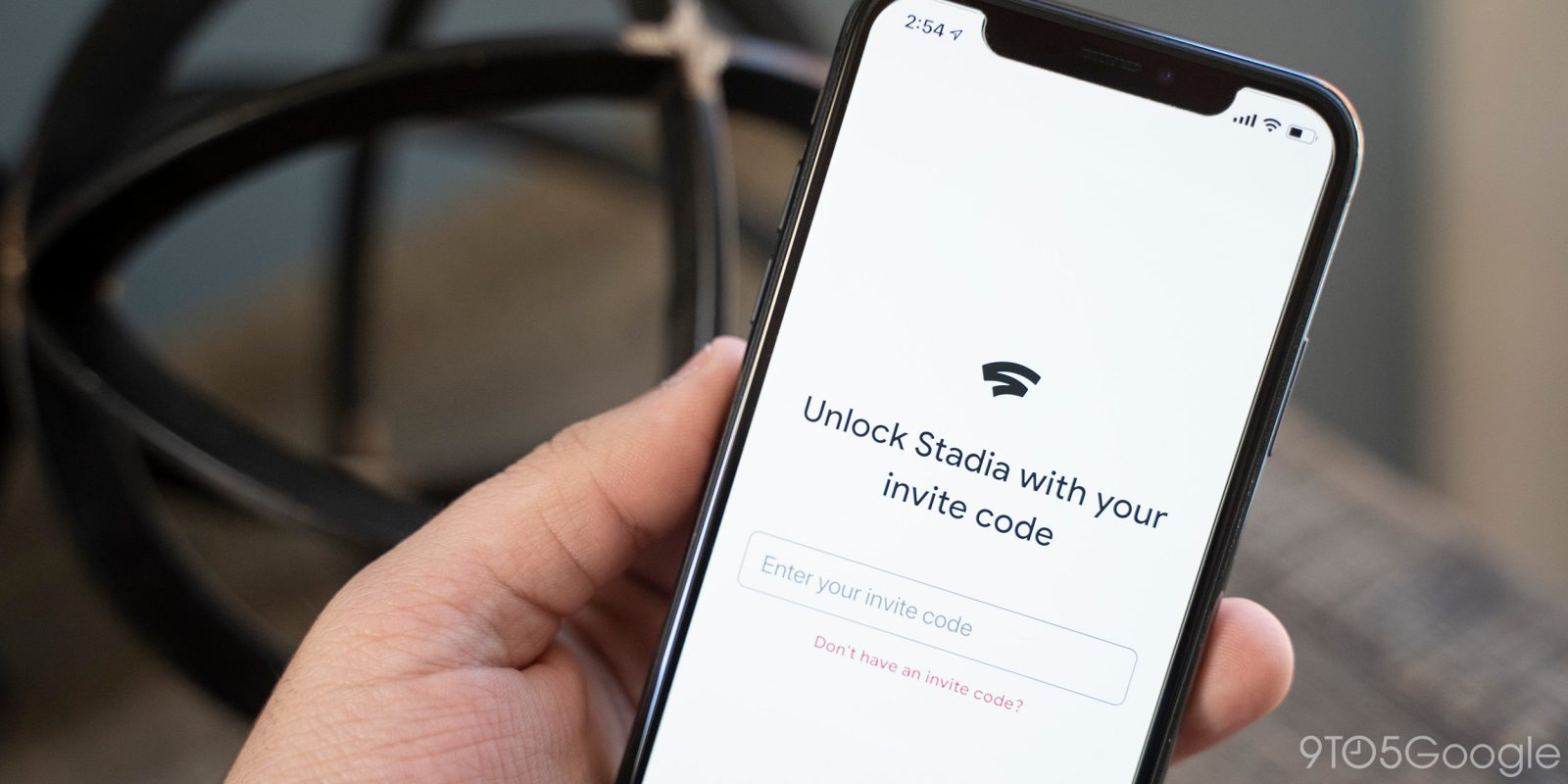 Gamers worldwide have been looking forward to the launch of Google Stadia, for the past eight months. Today, many of those who pre-ordered the Stadia Founders Edition are not receiving their invite code to start playing, but Google is actively working on a solution to the problem.

Update: Google has broadly confirmed who has and has not been sent their invite code, and how codes will be sent going forward.

In the build-up to today’s Google Stadia launch, Google has repeatedly promised those who pre-ordered the Founders Edition that their devices would ship in the order that pre-orders were received in. Additionally, it was promised that invite codes would be sent as soon as your order was shipped, but no sooner than 9 am today.

Now that launch day has arrived, however, many are finding that this “first come, first served” basis for Google Stadia’s arrival has not lined up with reality. For example, of the four people here at 9to5Google who pre-ordered Stadia the same day as the first Stadia Connect on June 6th, only one of us has received an invite code.

Similarly, the Stadia subreddit and the official Stadia Discord community are filled with hundreds if not thousands of reports of folks who pre-ordered on June 6th who have also not received an invite code. Meanwhile, those same communities show plenty of examples of people who preordered much later who have already gotten access to Stadia.

While waiting a few hours to get an invite code to access Google’s game platform may not seem like a big deal, the issue lies in being able to register your Stadia Name. Having first dibs on a potentially hard-to-get name was more than justification enough for some to pre-order the Stadia Founders Edition as soon as possible.

Nearly four hours after the initial launch of Stadia, Google has now publicly acknowledged the issue with Founders not receiving invite codes on both Discord and Reddit.

Hi @everyone, We’re aware that some of you who pre-ordered Founder’s Edition may not have received your invite codes in the expected time-frame. The Stadia team is actively investigating this issue, and we’ll be back with an update as soon as possible. Thank you for your patience. -ChrisFromGoogle

We’re aware that some of you who pre-ordered Founder’s Edition may not have received your invite codes in the expected time-frame. The Stadia team is actively investigating this issue, and we’ll be back with an update as soon as possible. Thank you for your patience.

– u/GraceFromGoogle and the Stadia team

Additionally, product manager for Google Stadia Andrey Doronichev briefly shared, then deleted, a statement that their engineering team was actively looking into the problem. 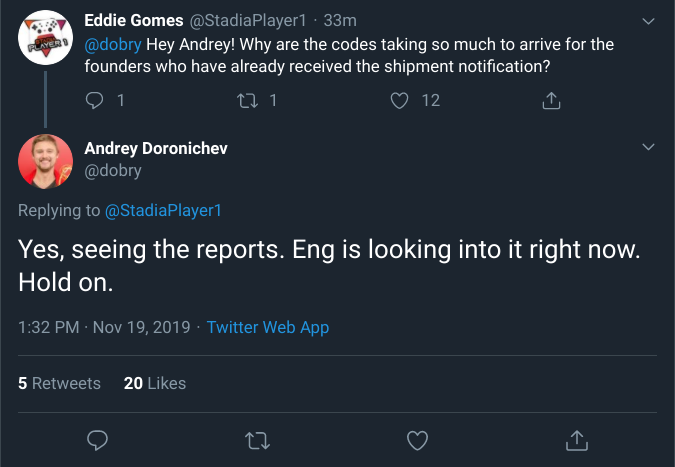 Update 11/19 3:45pm: According to a new statement, Google has resolved the issue and resumed sending Stadia invite codes in the correct order, as originally promised.

We’re sorry for the delayed responses. We’ve identified an issue where a small fraction of Stadia access codes were sent out of order. That has been addressed. We’ve continued to roll out codes in the sequence in which we received your pre-order. We look forward to seeing you on Stadia.

Update 11/20 7:45pm: In a second announcement, Google has confirmed that every player who was charged for a Stadia Founders Edition pre-order placed between June 6th and June 30th has received their invite code. All pre-orders placed from July 1st onward are reportedly being handled sequentially.

We can confirm that if you pre-ordered Founder’s Edition in June, and your form of payment has now been charged, your Stadia access code has been sent to you via email. We are now moving in sequence through the orders placed on or after July 1st.

Needless to say, with all of the other issues that Google Stadia is facing right now, like mixed early reviews, lack of clear brand messaging, and concerns about video quality, things are not looking good for Google Stadia on Day 1.