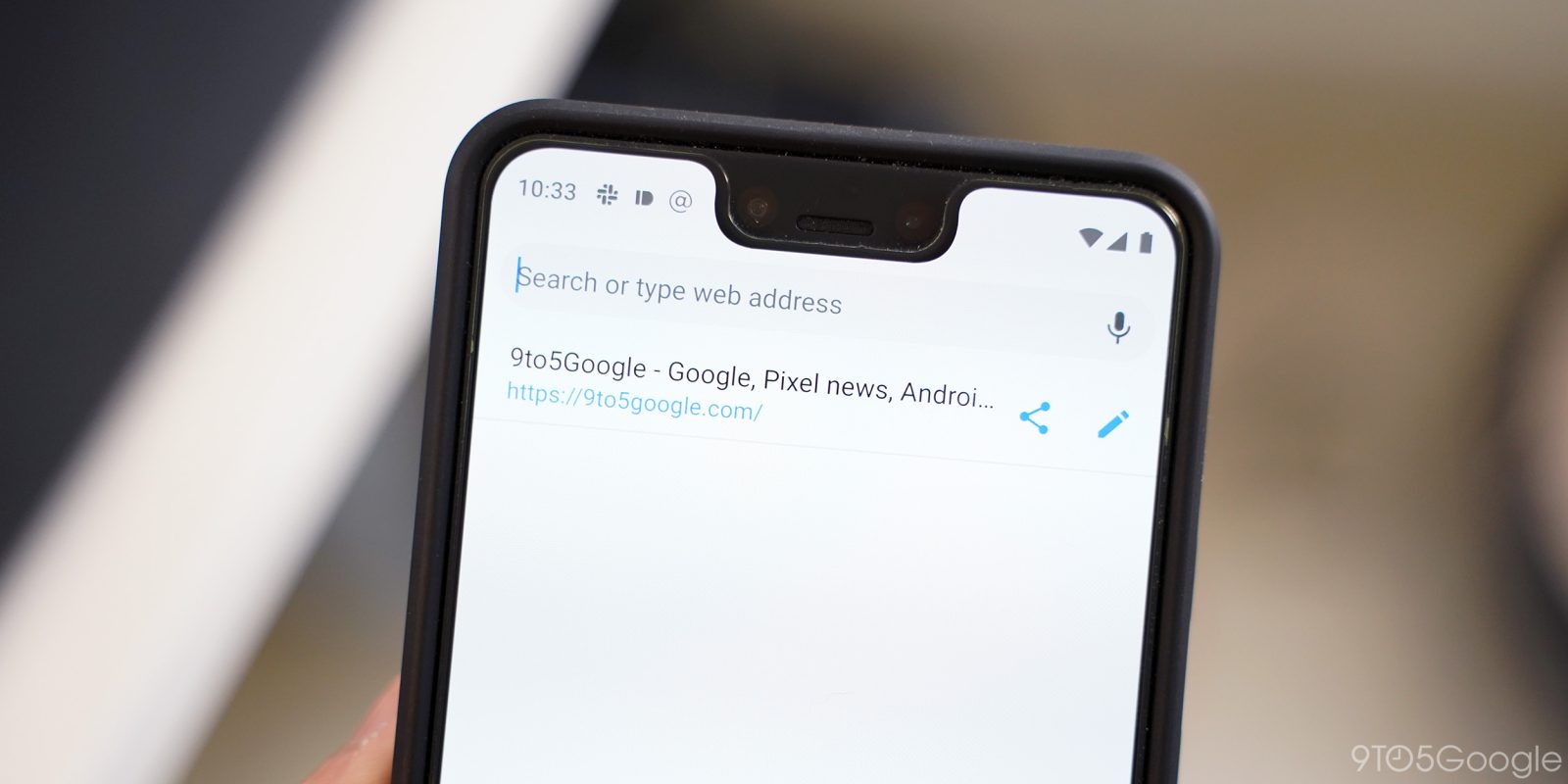 Following the Mac, Windows, and Linux release, Chrome 80 for Android is now rolling out. Google has a quieter notification permissions prompt, while there are tweaks to saved password protections and HTTP audio/video gets autoupgraded to HTTPS.

Visits to new sites today are often accompanied by prompts asking if you want to receive alerts. Chrome 80 introduces a quieter notification prompt that slides up from the bottom of the screen and says “Notifications blocked” (chrome://flags/#quiet-notification-prompts). On first launch, a help dialog explains how, “You usually block notifications. To allow, tap details.”

It can be manually enabled from Settings > Site Settings > Notifications under “Use quieter messaging.” Google plans to roll it out automatically for users that repeatedly deny notifications, and sites with very low acceptance rates.

While browsing today predominantly occurs over HTTPS, some connections still load subresources — like images, audio, and video — over HTTP. Chrome 80 autoupgrades HTTP audio and video, with content blocked if it fails to load over HTTPS.

HTTP images on HTTPS page are given an exception this release, but the browser will note “Not secure” in the Omnibox. Additionally, affected resources can be unblocked by tapping the lock icon > Site Settings.

With Chrome 79, Google added saved password protections to warn about breached credentials as you’re entering them online. The warning message will now include up to three sites where you’re using the login.

Google will begin rolling out tab groups in Chrome 80 for Android, but a wider launch is not expected until the next release. This feature was first announced in September for Chrome on mobile. It starts with a grid layout replacing the previous list of open tabs.

This redesign allows for tab grouping to sort related sites and browsing. From the grid, you can drag and drop one tab on top of another to create a group. Once created, there’s a new bottom bar switcher where each page is represented by a favicon for quick switching.

Cookies with no declared SameSite value will be designated SameSite=Lax and restricted to first-party usage. Third-party cookies, like for logins, are only available if designated SameSite=None; Secure and sent over HTTPS. This is the start of Google’s push to limit insecure cross-site tracking and provide users with more control.

This begins rolling out in two weeks to an “initial limited population.” Google will be “closely monitoring and evaluating ecosystem impact” and gradually increase availability. For more, read our explainer on the changes.