Motorola shows off its test robot for folding the Razr [Video] 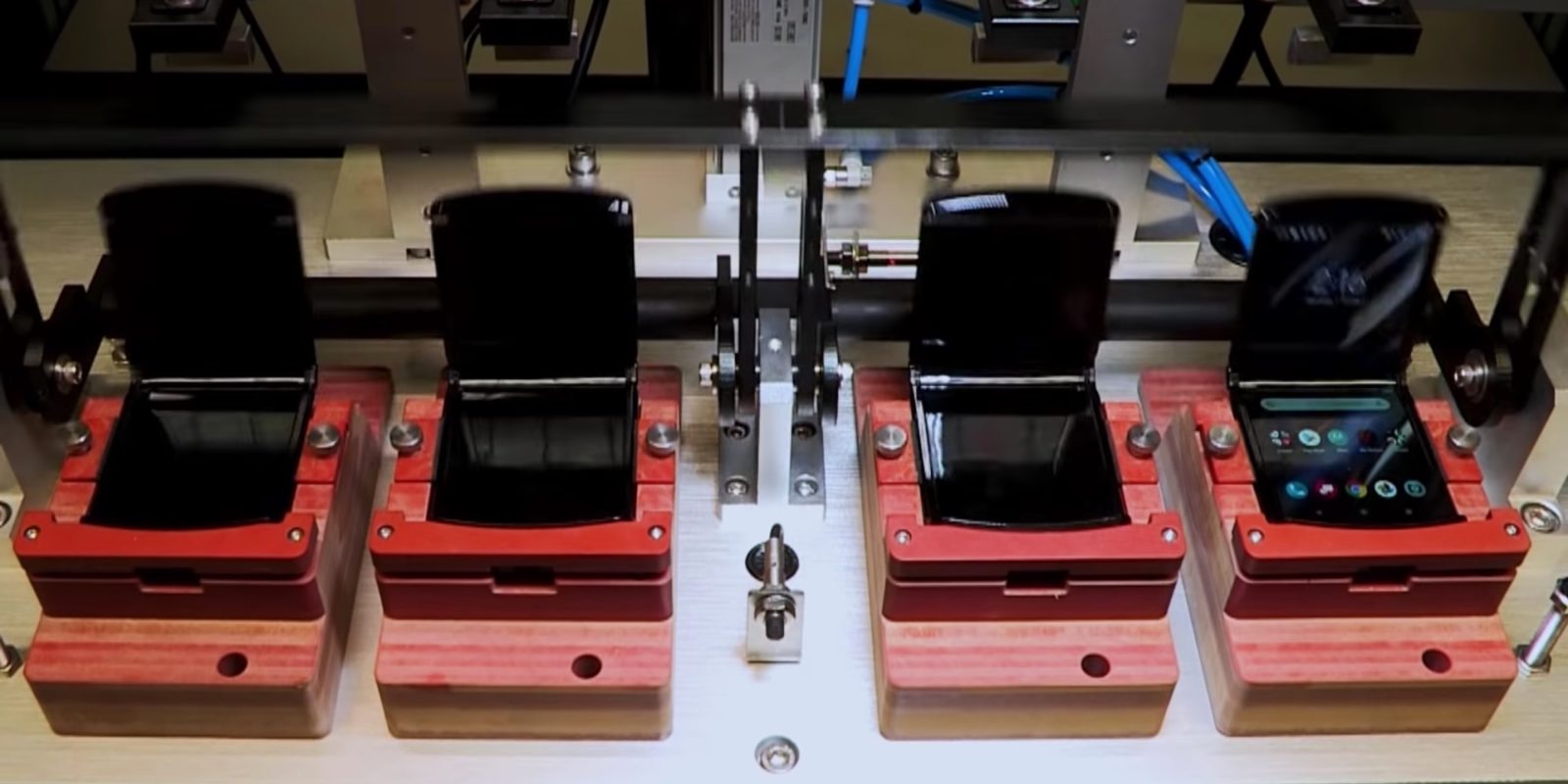 The launch of the Motorola Razr was slightly overshadowed by a test showing the Android Foldable’s hinge not properly closing after just 27,000 folds. On Friday, the company countered that the robot conducting yesterday’s test was not representative of actual usage.

CNET found that the Razr would not completely close after 27,000 folds by a machine. Resistance emerged and the hinge became “very stiff” after the rough equivalent of 73 folds per day for a year. This was partially resolved by “flexing” the component, but it never returned to its original state.

In a statement (via The Verge), Motorola harps on the SquareTrade FoldBot for putting “undue stress on the hinge” by “not allow[ing] the phone to open and close as intended.” During yesterday’s four-hour livestream, the Razr never properly shut with a gap always present before the hinge was called into action again.

SquareTrade’s FoldBot is simply not designed to test our device. Therefore, any tests run utilizing this machine will put undue stress on the hinge and not allow the phone to open and close as intended, making the test inaccurate. The important thing to remember is that razr underwent extensive cycle endurance testing during product development, and CNET’s test is not indicative of what consumers will experience when using razr in the real-world. We have every confidence in the durability of razr.

To counter, Motorola this evening shared its test rig for folding the Razr. It’s noticeably slower and arguably more representative of actual human usage. That said, it might be gentler and less forceful than how an average person would close a flip phone. The company notes that the Razr can “flip for years,” but does not specify a number.

The Lenovo-owned company briefly showed off this device in November, and today’s clip lasts only 26-seconds with 24 folds across four Razr devices. Unlike yesterday’s test, the screen and device are powered on.